Hospitals in Covid-19 hotspots are running out of remdesivir 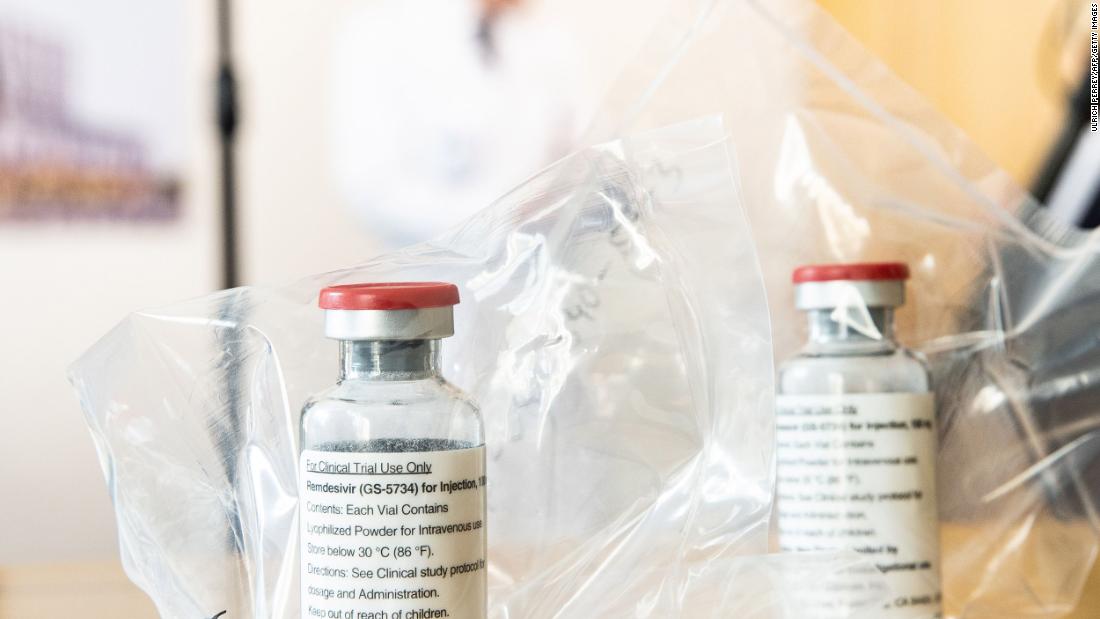 Wolfe would love to share some of his remdesivir with doctors like Godofsky, given that it’s the only drug authorized by the US Food and Drug Administration to treat Covid-19.

But as coronavirus makes its way around the United States, with surges in some areas and declining numbers in others, there’s no mechanism for hospitals to shift the drug where it’s needed most.

The federal government is overseeing distribution of remdesivir, and Wolfe, Godofsky and other physicians say the system needs an overhaul.

Godofsky says he feels “handcuffed” not being able to give his patients in Bradenton, Florida, remdesivir, a drug that can speed recovery, and possibly reduce patients’ risk of dying.

“This is nuts,” said Wolfe, an infectious disease expert at Duke University Medical Center. “It’s been really disturbing to watch how this has played out.”

Friday, a spokesperson for the US Department of Health and Human Services told CNN that in the coming week, allocations of remdesivir to states “will emphasize locations with large recent increases.”

The spokesperson gave amounts to be shipped to four hotspot states — Arizona, California, Florida and Texas — that are far smaller than the number of hospitalized patients in those states.

The spokesperson also said the company hired to distribute remdesivir will reach out to each hospital that received the drug to confirm that it still needs it.

The department “is committed to equitable and efficient distribution of the drug with the goal of reaching as many patients as possible across all states and U.S. territories,” according to the spokesperson.

In May, the FDA granted emergency authorization for remdesivir for hospitalized Covid-19 patients. At first, Gilead Sciences, the company that makes the drug, donated the supply, but starting next week, hospitals have to purchase it.

It’s hardly a blockbuster drug. A study published in The New England Journal of Medicine shows it shaves four days off a hospital stay.

The data has not been published in a peer-reviewed medical journal, making it less reliable.

Even though it’s not a cure for Covid-19, doctors say most of their hospitalized patients could benefit from remdesivir. The shipments headed to the hotspot states in the coming week, however, don’t even come close.

HHS will make another shipment in two weeks.

The University of Texas Health Science Center at San Antonio has admitted over 250 Covid patients since mid-June, but its most recent remdesivir allotment was enough drug for only 53 patients, according to Dr. Thomas Patterson, the hospital’s chief of infectious diseases.

“It’s frustrating to not be able to give a drug that we think is going to benefit the overall outcome,” Patterson said.

Memorial Hermann Health System in Houston is nearly out of remdesivir.

“Our estimates indicate we have a couple of days of supply left before we run out,” according to a statement by Dr. Angela Shippy, chief medical and quality officer.

Manatee Memorial Hospital in Brandenton, Florida, has a “small supply” of remdesivir available to treat patients, according to hospital CEO Kevin DiLallo.

Searching for a plan for a limited resource

The HHS spokesperson said once a hospital purchases remdesivir, “that hospital owns the drug and is free to handle it as it sees fit, which could include transferring or selling to other hospitals within or outside of its state or territory.”

Even if they were able to ship anywhere they wanted, doctors and hospitals shouldn’t be making decisions about where it goes, Ison said.

“What we don’t want is for someone to say, ‘Oh, I have a friend at Hospital X, so I’ll send it all to them,” he said.

“No one has a sense of where there’s excess and where there’s deficiencies,” he said. “This is a national limited, scarce resource. There needs to be some process to this.”

He added that there needs to be transparency in the process.

Friday, the HHS spokesperson told CNN the agency will use data from three systems to determine allocations of remdesivir: the US Center for Disease Control and Prevention’s Healthcare Safety Network; HHS Protect; and a private company called Teletracking.

The remdesivir is then allocated proportionately. “For example, if state A has 10% of the national total of admitted patients with COVID-19, state A gets 10% of the remdesivir for a given distribution week,” the spokesperson wrote to CNN.

But the spokesperson did not explain exactly what data is used from the three sources and how the proportionality is determined.