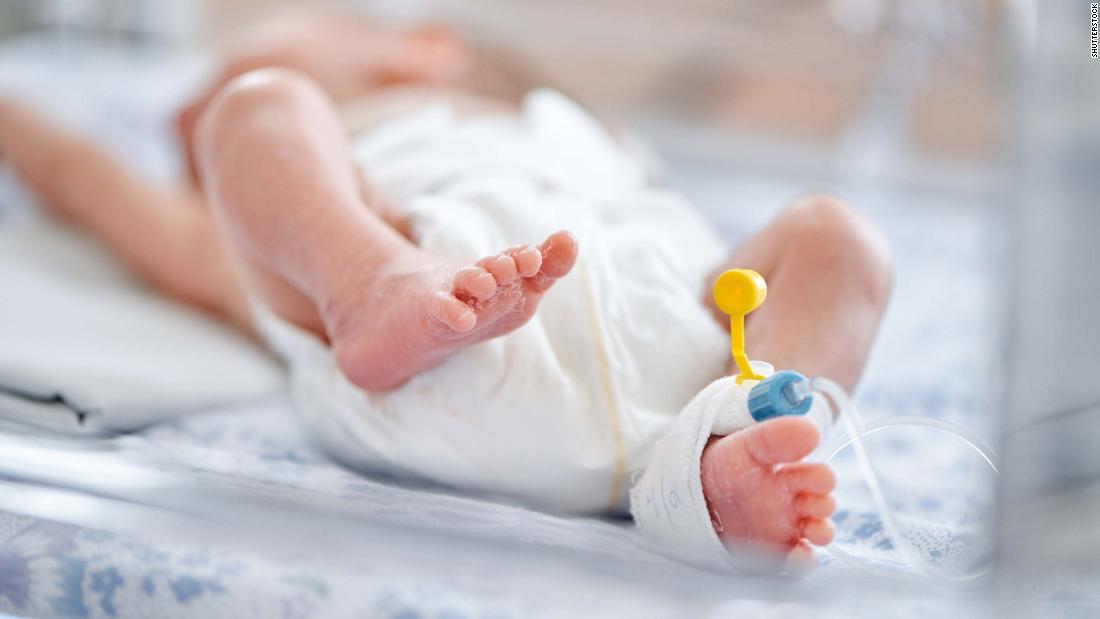 The body fat percentage children had as newborns might have something to do with these statistics, according to a study published Thursday in the journal Pediatrics.

The greater a newborn’s fat mass, the more likely he or she was to have a higher body mass index or experience obesity or being overweight between ages 2 and 6, the study said.

A ratio of weight to height, body mass index is calculated by dividing weight in kilograms by the square of height in meters. BMI is used to indicate where a person lies on a scale of underweight to obese.

The new study is probably the first “that has shown a relationship between the proportion of fat mass at birth and later childhood obesity,” said study senior author Dr. Dana Dabelea, a professor of epidemiology and pediatrics at the University of Colorado Denver’s Anschutz Medical Campus.

“We know that the higher the birth weight of the baby, the higher the weight later in life,” Dabelea added. “We think that birth weight per se is not the optimal endpoint … because some of these exposures during pregnancy might have specific effects on neonatal fat mass that are not captured when you only measure birth weight.”

Since obesity is closely followed by a rise in diseases such as diabetes and heart problems, the study authors sought to explore the long-term association between neonatal adiposity — newborn body fat percentage — and BMI and childhood overweight and obesity.

Pregnancy can entail a range of emotional and physical challenges, so it can be difficult for expecting moms to make healthy choices.

A healthy pregnancy can benefit your mental and physical health, and reduce the chances that newborns and children will face abnormal development and ill health.

The US Centers for Disease Control and Prevention recommends that pregnant women take certain vitamins, keep up with vaccinations and seek help for mental health struggles. Additionally, it’s best to eat a healthful diet rich in fruits, vegetables, whole grains, low fat dairy and lean proteins. Pregnant women should talk with their physicians about an activity level that would be healthily sustainable for them.
Children of obese parents have been found to be at greater risk for developmental delays such as difficulties using muscles in their fingers or hands. Women who used cannabis during pregnancy have been reported to be 1.5 times more likely to have a child with autism and 2.3 times at greater risk for stillbirth.

In this study, the authors studied 979 children of mothers from the Healthy Start Study. Based in Colorado, the program has followed more than 1,000 women since 2009 to assess the impact of prenatal exposures on newborns. The women happened to be slightly overweight before pregnancy but were otherwise healthy, Dabelea said. They gained 30 pounds on average while pregnant.

Overweight and obesity were defined as a child having a BMI at or greater than that of 85% of the kids his or her age.

The average newborn fat mass percentage was 9.1%. The more body fat newborns had, the more likely they were to have a higher BMI of up to 16.1 between ages 2 to 6. The finding was regardless of the child’s sex, race or ethnicity, mother’s education or how long they were breastfed — a factor associated with rapid BMI growth in early childhood, the study said.

The study’s findings about obesity were “more compelling,” said Edwina Yeung, a senior investigator in the epidemiology branch of the Intramural Research Program at the US National Institutes of Health. Greater body fat as a newborn was linked with a higher likelihood of childhood overweight and obesity by age 5. The authors “are detecting a trend,” Yeung, who wasn’t involved in the study, said.

Since BMI measures a person’s overall weight, using BMI to estimate the children’s body fat is inherently limited, the study said. However, the study added, BMI is still strongly associated with fat storage and is used to screen children for risk of excess fat.

Promoting the health of your little ones

Reversing children’s progression into obesity and subsequent greater disease risk begins with parental guidance — but don’t reprimand your kids about their weight or silo them into a specific diet.

To give children a framework for healthy eating and activity habits, parents should model such behaviors. Instead of focusing on numbers and amounts for food and weight, encourage children to self-regulate their diets by eating when they’re hungry and stopping when full.

The sooner parents establish healthy habits for the family, Dabelea said, the better success children have.