Here’s what we know about the Delta variant of coronavirus 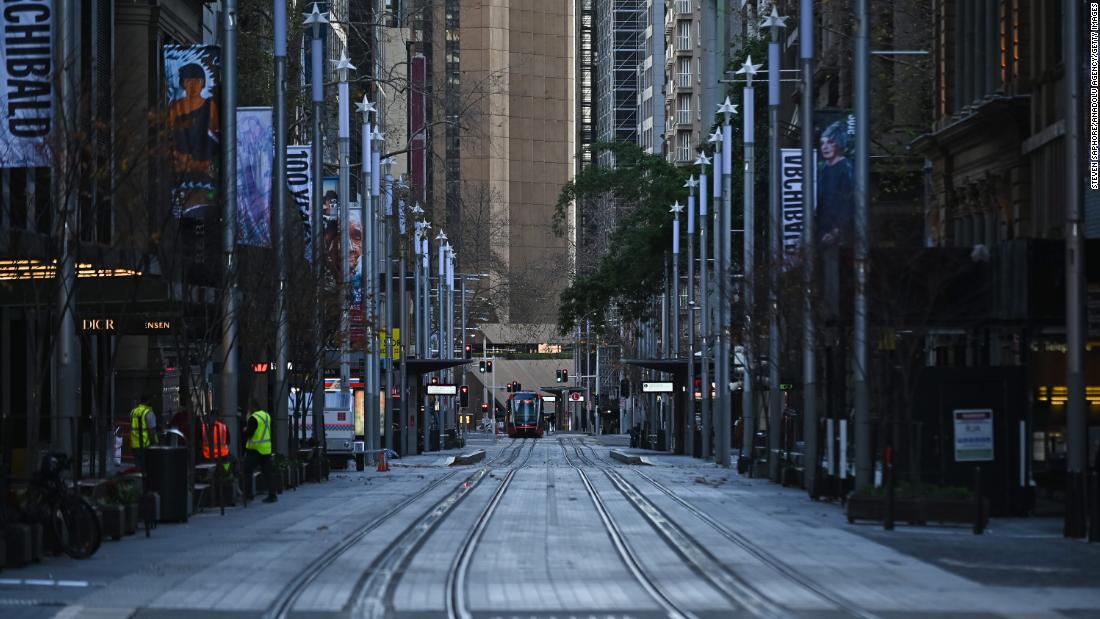 The World Health Organization says the Delta variant, also known as B.1.617.2, has spread to at least 85 countries since it was first identified in India last fall.

By mid-June, the Delta variant accounted for 99% of Covid-19 cases in the UK, according to Public Health England, and it is set to account for 90% of cases in Europe by the end of August, according to the European Centre for Disease Prevention and Control.

In the US, the Centers for Disease Control and Prevention now estimates the variant accounts for 26% of new Covid-19 cases — or at least, that it did as of June 19. It’s been reported in all 50 states, plus Washington, D.C.

It accounted for 10% of lineages as of June 5, meaning its prevalence more than doubled in just two weeks.

Genetic testing company Helix tells CNN it estimates Delta accounts for 40% of cases in the US at present.

“Every two weeks for the last month or two this has been doubling,” Dr. Mark Mulligan, director of the NYU Langone Vaccine Center, told an International Antiviral Society–USA briefing Tuesday.

“The data from England has shown that it outcompeted the Alpha variant in that population. That is strong head to head evidence that it is a better transmitter,” Andrew Pekosz, a professor of immunology and molecular microbiology at Johns Hopkins Bloomberg School of Public Health, told CNN.

“Here in the US it is doing very similar things. It seems to be on its way to becoming the dominant lineage in the US.”

Testing for any variant is imperfect. Standard tests to diagnose Covid-19 cannot tell which variant someone is infected with. Samples must be shipped to special labs for genomic testing, so the CDC and companies such as Helix extrapolate from the actual test results they get back.

“Delta is the most transmissible of the variants identified so far,” Tedros Adhanom Ghebreyesus, director-general of the World Health Organization, said Friday.

The virus carries a cluster of mutations, including one known as L452R, that helps it infect human cells more easily.

“We learned this virus, a variant of Covid, is highly transmissible — the most transmissible we’ve seen to date,” US Surgeon-General Dr. Vivek Murthy told CNN Wednesday.

“This is, again, a serious threat and we are seeing it spread among unvaccinated people.”

The ECDC estimates its about 40% to 60% more transmissible than the Alpha variant — making it about half again as contagious.

Vaccines protect against it – but not perfectly

Real life and laboratory evidence both suggest that fully vaccinated people are protected against the Delta variant.

“The good news is if you are vaccinated — and fully vaccinated means two weeks after your last shot — then there is good evidence that you have a high degree of protection against this virus,” Murthy told CNN’s Erica Hill Wednesday. “But if you are not vaccinated, then you are in trouble.”

Vaccine maker Moderna released results Tuesday showing that blood taken from vaccinated people could neutralize Delta, as well as other variants including Alpha, the Beta or B.1.351 variant first seen in South African, and Gamma, or P.1, which has swept Brazil.

“Vaccines can handle it,” Mulligan said. “In most cases, we have a cushion of magnitude in circulating antibody and other cellular responses. The vaccines are able to handle this.”

And in US states with lower vaccination rates, the Delta variant is more prevalent than in states where the majority of the populations are immunized.

In Missouri, for example, data from Johns Hopkins University shows the infection rate is about 3.5 times the national average. And CDC data shows Delta accounts for about 57.5% of cases in the region that includes Missouri, where under 40% of the population is fully vaccinated, compared to 47% of the US population overall.

But none of the coronavirus vaccines are 100% effective, so there can be infections even in fully vaccinated people.

“It is possible that you will see people who are infected get breakthrough infections,” Dr. Anthony Fauci told CNN’s Don Lemon Tuesday.

“We haven’t formally proven yet how much diminution there is in the likelihood of transmitting it to someone else — including children — and that’s one of the reasons why you’ve got to be careful when you’re dealing with something like the Delta variant,” said Fauci, who is director of the National Institute of Allergy and Infectious Diseases.

“With millions of people getting vaccinated against COVID-19, some people who are fully vaccinated will still get sick if they are exposed,” CDC spokesperson Jade Fulce told CNN in an email Friday.

“However, people with breakthrough infections may get less severely ill or have a shorter illness than they would have if they had not been vaccinated.”

There’s nothing about the Delta variant that makes it different in terms of how it transmits. Coronaviruses are passed in the air and, to a smaller degree, on surfaces that people may touch.

Masks, physical distancing and good ventilation all work to prevent transmission, as does handwashing and keeping surfaces clean.

It’s not clear whether it it’s more dangerous

While some public officials have said they believe the Delta variant is more dangerous that other lineages of the virus, there’s no hard evidence showing this.

The cluster of defining mutations on Delta indicate it is more transmissible and can hide to a small degree from the body’s immune response, but none suggest it is more virulent or more pathogenic — that is causes more severe disease.

That could mean people who were infected with earlier lineages of coronavirus and recovered could more easily get infected with Delta. It also suggests antibody-based treatments might be slightly less effective.

But as shown in laboratory tests, the vaccines cause an overwhelming immune response, stronger and broader than natural infection, that should protect most vaccinated people against serious illness and even mild infection.