Healthful food swaps you will love 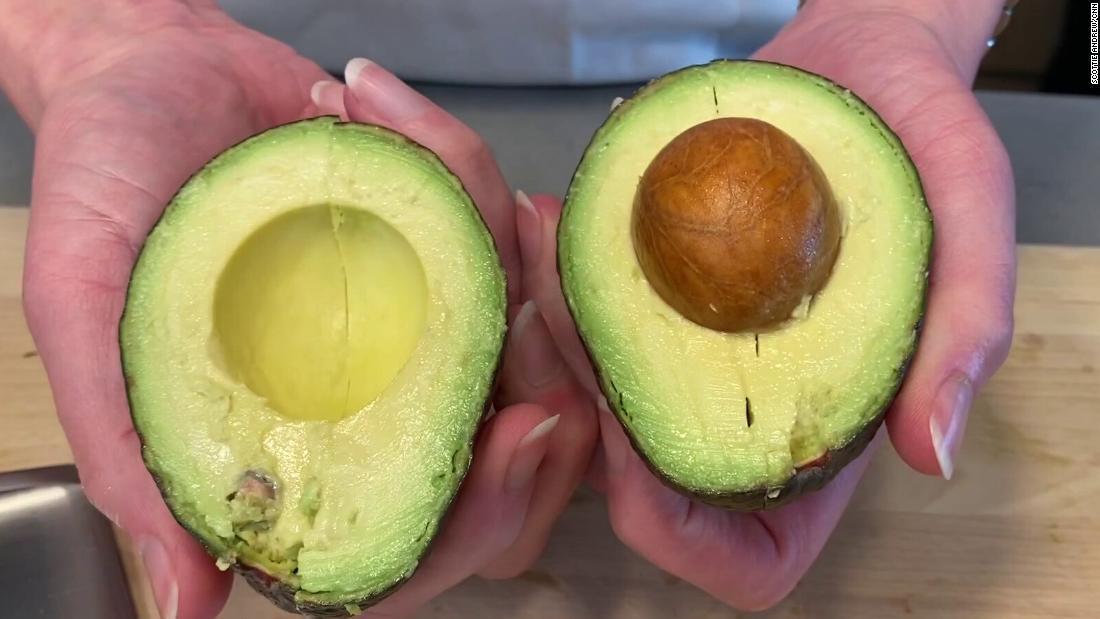 But I must say, the landscape for healthful food swaps has changed over the years. There are some terrific ingredient swaps you can include in dips and baked goods; foods with more healthful nutrient profiles that don’t sacrifice flavor; and delicious recipes you can make that are actually more filling than their traditional versions.

When making a swap, taste and texture are key, according to Denver-based registered dietitian nutritionist Kelli McGrane, who said we’ve come a long way from replacing butter or oil with applesauce in cookies.

“People are playing around with different kinds of flour and using avocado in brownies — and these foods offer the same mouthfeel, but they are healthier.”

Here are some tasty swaps that are not only lower in calories than their traditional cousins; they also offer a lot more nutrients that will satisfy your palate in addition to nourishing you so that you feel energized throughout the day.

They are organized into three categories: food swaps, ingredient swaps and recipe swaps. Note: The nutritional data for swaps was provided by digital health and fitness platform Lose It!

Instead of: regular wheat pasta

“Chickpea and other legume-based pastas provide about five times more fiber and two times more protein than traditional pasta noodles,” said McGrane, who is also a contributing dietitian for Lose it!

Because chickpea pasta has more fiber and protein, “it will be a more filling meal, but you’ll still get that nice chew that you expect from your pasta dishes,” McGrane said.

Instead of: a bowl of granola

Choose: a bowl of high fiber cereal with ¼ cup of granola

Granola is tasty, but the calories and sugars can add up.

I enjoy a tasty compromise: I sprinkle granola on top of a lower-calorie, high fiber cereal, like All-Bran or whole grain flakes. It gives extra crunch with half of the added sugars in a bowl of granola.

Spiralized veggies like spiralized sweet potatoes and zucchini are a nutritious substitute for pasta and can be used in Italian meals like spaghetti and meatballs or Asian-flavored noodle dishes like pad thai.

You can also roast a spaghetti squash, scoop out the flesh and sprinkle some Parmesan for a flavorful fiber-rich pasta substitute. It’s so tasty, we do it on a regular basis in my house!

Instead of: white rice

Instead of: veggie sticks

Veggie sticks or straws may appear like a healthful addition, but they’re not that different from potato chips.

“The main ingredients in these products are usually potato flour and cornstarch, with the veggie part coming from vegetable powders,” McGrane said. Instead, opt for raw veggies, like carrots, bell peppers, cucumber or celery for a true boost of vitamins and fiber, and pair with hummus or a low-fat dip.

Instead of: dark chocolate truffles

Use avocado instead of butter and heavy cream for a decadent and healthful treat. “Avocado truffles are just as luscious and satisfying, yet slightly lower in fat and calories than dark chocolate truffles,” McGrane said.

Plus, as avocados are a good source of several micronutrients, including potassium, vitamin K, and folate, you get an extra nutrition boost compared to using butter.

Instead of: a cinnamon roll

Toasted cinnamon raisin bread spread with whipped cream cheese has all the flavors of a cinnamon roll, but is lower in calories, sugar and saturated fat. “These differences are even greater if you’re buying a bakery-style cinnamon roll,” McGrane said.

Instead of: regular jam

“I love chia seed jam as it’s made with just three whole ingredients — chia seeds, strawberries and maple syrup — and it has half the amount of sugar as traditional store-bought jams,” said McGrane, who frequently makes this homemade jam.

Thanks to the gelling properties of chia seeds, “you don’t even need pectin to make this fruity treat.” Pectin is a thickening agent used in foods.

Instead of: heavy cream

Pureed silken tofu makes a great swap for heavy cream in decadent desserts, as it provides a smooth and creamy base and adds healthy plant-based protein to desserts like mousse or tarts, according to McGrane.

Add 1 cup of pureed tofu in place of 1 cup of heavy cream, and save over 600 calories and over 50 grams of saturated fat per cup.

Instead of: sour cream

These two ingredients are similar in texture, but Greek yogurt offers about three times the amount of protein and is much lower in saturated fat. Choose whole milk Greek yogurt, which will offer a creamier texture than low-fat yogurt.

Using unsweetened applesauce instead of oil in baking can be an easy way to make your baked goods healthier. “Not only does using applesauce help cut back on calories and fat, but as it contains natural sugars, you may even be able to cut back on the amount of added sugar in your recipe,” McGrane said.

Plus it still keeps baked goods moist. “For the swap, you can use 1 cup of unsweetened applesauce for every 1 cup of oil called for in the recipe. However, for best texture, I like to replace just half of the oil with applesauce. I find this swap works best for muffins, quick breads and denser cakes, like carrot cake.”

Pureed or canned pumpkin is another good oil substitute, especially for quick breads, muffins and brownies. “Not only is it also much lower in calories and saturated fat, but it also adds a healthy dose of fiber, vitamins A and C, and iron, McGrane said. For this swap use 3/4 cup of pureed pumpkin for every 1 cup of oil called for in the recipe.

Whether it’s for topping your morning cereal or oatmeal, mixing into applesauce or sprinkling over baked goods, try using cinnamon over sugar. One teaspoon of sugar has 16 calories, whereas 1 teaspoon of cinnamon has only 6 calories.

“Not only is mustard lower in calories and fat, but it can also add a great punch of flavor to tuna or potato salads,” McGrane said.

Store-bought ice cream may be delicious, but it’s typically high in calories, sugars and saturated fat. The next time you have ripened bananas, remove the peel and store them in a freezer bag. “You’ll be just minutes away from making a creamy frozen treat that’s rich in potassium and lower in fat, sugar and calories,” McGrane said.

To make “nice cream,” simply place frozen banana slices, unsweetened almond milk, cocoa powder, a little maple syrup and a splash of vanilla extract in a blender. Blend until smooth, then dig in!

Instead of: ground beef for tacos or burgers

Choose: half beef; half sauteed mushrooms

Cutting back on meat doesn’t have to mean replacing meat entirely in a recipe. “Even if you add a little bit of chopped mushroom to a ground beef patty mixture, that can help to reduce the meat you consume,” said Dr. Robert Graham, chef and co-founder of FRESH Med, an integrative health and wellness center in New York City. What’s more, you’ll boost fiber and save saturated fat in a taco or burger recipe.

Instead of: pre-popped popcorn

Making your own air-popped popcorn is a healthier alternative to many pre-popped popcorn found in supermarkets or traditional movie theater popcorn.
To give air-popped popcorn a sweet and savory boost that will also upgrade its nutritional profile, mix in dried cranberries or chopped dried apricots, along with almonds, pistachios, peanuts or sunflower seeds. You can also add some chocolate chips if you wish.

Instead of: store-bought breakfast burritos

While store-bought burritos are convenient, they can be high in sodium. Instead try making your own freezer-friendly versions. Simply saute vegetables for about 10 minutes, scramble some eggs, then fill and roll the tortillas. Then heat for about five to 10 minutes in the oven.

“The great part about making your own is you can use up any leftover veggies you have sitting in the fridge,” McGrane added.

Instead of: store-bought frozen waffles

Instead of store-bought frozen waffles, try making homemade ones.

“This easy swap is higher in fiber and protein, made with all-natural ingredients and tastes better, too!” McGrane said. For convenience, you can make a big batch during the weekend, then freeze any leftovers. To keep waffles crispy, reheat them in a toaster rather than a microwave. And for added flavor and antioxidants, add berries to your waffle batter.

Lisa Drayer is a nutritionist, an author and a CNN health and nutrition contributor.