‘Happy’ hypoxia: Covid-19 patients who should be gasping for air but aren’t 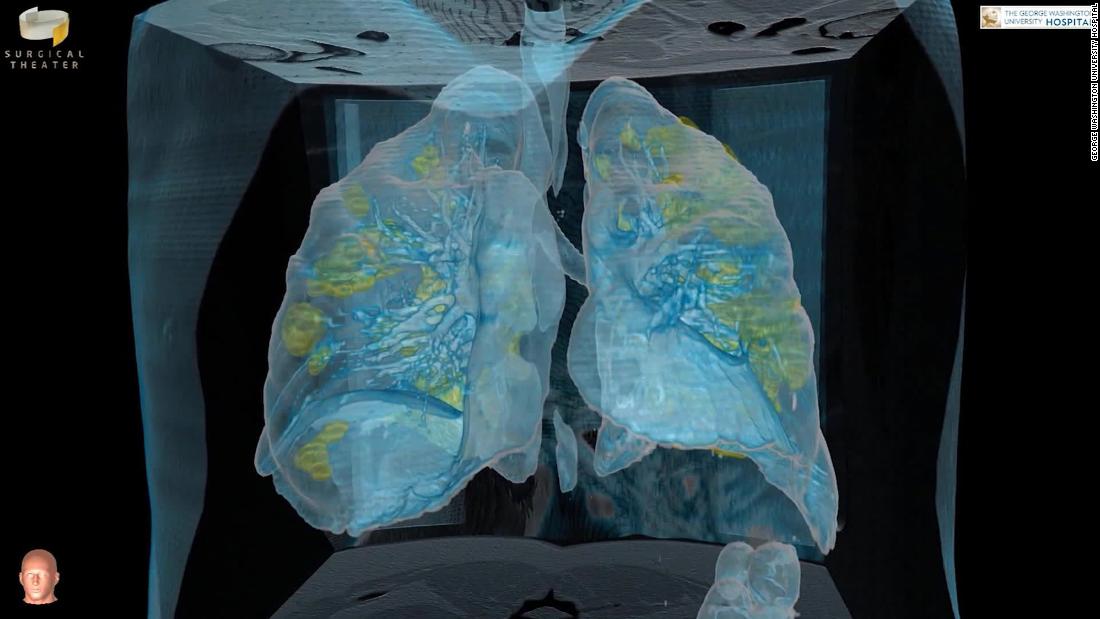 Some have dubbed them “happy hypoxics,” a terrible misnomer for what could be a long, slow recovery — or worse.

The proper medical term is “silent hypoxia.” It happens when people are unaware they are being deprived of oxygen and are therefore showing up to the hospital in much worse health than they realize.

Typically, these patients have experienced some Covid-19 symptoms for two to seven days before they show up at the hospital complaining of sudden chest tightness or an inability to breathe deeply, said Dr. Richard Levitan, who’s been an emergency room physician for some 30 years.

While he practices at Littleton Regional Healthcare in New Hampshire, Levitan recently spent almost two weeks volunteering in the emergency room of a New York City hospital near the epicenter of the city’s devastating outbreak.

There he watched patients come into the emergency room with blood oxygen levels as low as 50%, so low they should have been incoherent, even unconscious. Normal blood oxygen saturation is between 95% and 100%, and anything below 90% is considered abnormal.

In addition, Levitan said, scans of these patients’ lungs showed signs of pneumonia so severe they should be in terrible pain as they gasp for their next breath.

“Their X-ray’s looked awful, their oxygen was terrible, and yet they’re completely awake, alert on a cell phone, and they all said is they’ve been somewhat sick for days,” he said.

“And then only recently did they notice either shortness of breath or fatigue or something else,” Levitan added. “That’s what is so fascinating about this disease and also so terrible.”

It’s terrible because by the time a person realizes they are having trouble taking a deep breath and reaches out for help, they are already dangerously sick.

“Some may ultimately require a ventilator.” Levitan said, “As levels of carbon dioxide rise, fluid builds up in the air sacs and the lungs become stiff, leading to acute respiratory failure.”

How can this happen?

Doctors speculate that, for some people, Covid-19 lung problems progress in a way that isn’t immediately apparent. As patients focus on battling such symptoms as fever and diarrhea, the body begins fighting back against the lack of oxygen by speeding up breathing to compensate.

“Just imagine that you had a full glass of air, and now that cup becomes half full,” said critical care pulmonologist Dr. Cedric Rutland, a spokesperson for the American Lung Association.

“What are you naturally going to do? You’re going to try to fill it twice as fast because you lost half,” said Rutland, who is also a assistant clinical professor at the University of California, Riverside.

People may not be aware of their more rapid breathing rate and don’t seek help, yet blood oxygen levels continue to fall. In the meantime, the body slowly becomes somewhat adjusted to the lower levels of oxygen, much like what happens when a person travels to a higher altitude.

By the time these patients get to the hospital with crippled lungs and crashing oxygen levels, “this has been taking place for a bit of time.” Rutland said. “So your body is kind of used to it.”

Yet the damage has already taken place. Not only are the lungs severely ravaged, the lack of oxygen may have already comprised other organs in the body, such as the heart, kidneys and brain.

A silent hypoxia that progresses rapidly to respiratory failure may explain why some younger Covid-19 patients with no underlying health conditions have died suddenly after not experiencing any serious shortness of breath.

Early in the crisis, doctors were putting nearly everyone who came in with breathing difficulties on ventilators. Now they reserve those for the severely sick, realizing that other measures, such as supplemental oxygen and body positioning, may work just as well for some patients.

In 2012, Levitan coauthored a paper in which doctors offered 50 patients supplemental oxygen instead of ventilators and positioned them on their sides and tummy, positions often used to help open the lower lungs.

“We found two out of three patients can avoid a ventilator during the first 24 hours by putting them on oxygen and doing these positioning maneuvers, such as laying them prone on their stomach,” he said.

Keeping patients off ventilators is a huge win-win for doctors and patients. Ventilators are scarce and need to be reserved for the sickest of patients. But even if every hospital had a surplus of ventilators, there are many reasons to try other methods first.

In addition to a tube inserted down the nose into the stomach or surgically implanted into the trachea via the throat, patients can have tubes implanted for feeding and to use the restroom.

Breathing tubes aren’t pleasant. Many patients require multiple sedatives so they don’t pull them out. Bacteria can easily grow, causing “ventilator-associated pneumonia.” There is an increased risk of blood clots.

Finally, people on ventilators have to be “weaned off,” a painful and scary experience during which some people struggle. Once they do manage to reduce their dependence, about a third of patients on ventilators come out of the experience with anxiety, depression or delirium, often referred to as “ventilator brain.”

Levitan recently wrote an opinion piece for the New York Times in which he called for earlier diagnosis of Covid-19 respiratory concerns by having people with mild symptoms use pulse oximeters during their two-week quarantine to monitor their blood oxygen levels.

“Widespread pulse oximetry screening for Covid pneumonia — whether people check themselves on home devices or go to clinics or doctors’ offices — could provide an early warning system for the kinds of breathing problems associated with Covid pneumonia,” he wrote.

However, questions remain about the merits of home use of pulse oximeters to measure blood oxygen levels. First, a number of the devices on the market may not be accurate. A 2016 study found only two of six popular oximeters met the criteria for accuracy set by the International Organization for Standardization, an independent, non-governmental international organization dedicated to setting global standards.

Rutland is encouraging patients he sees via telemedicine to use oximeters to monitor their oxygen levels. He feels the devices, while not perfect, provide doctors with a way to triage regular patients they can’t see in person during isolation.

“As long as someone has a home oximeter and you know the person well enough, you can help them monitor this at home to get a jump start on whether or not they need to go to the hospital,” he said.

“I believe pulse oximetry is incredibly valuable if we were to use it in the window of time that the disease begins to gather strength, which is usually five to 10 days out from when someone is first infected,” Levitan said.

“Then the other thing is to measure inflammatory markers when we observe them in the hospital and use the variety of medicines at our disposal to address inflammation. It’s time to get ahead of this virus instead of chasing it.”