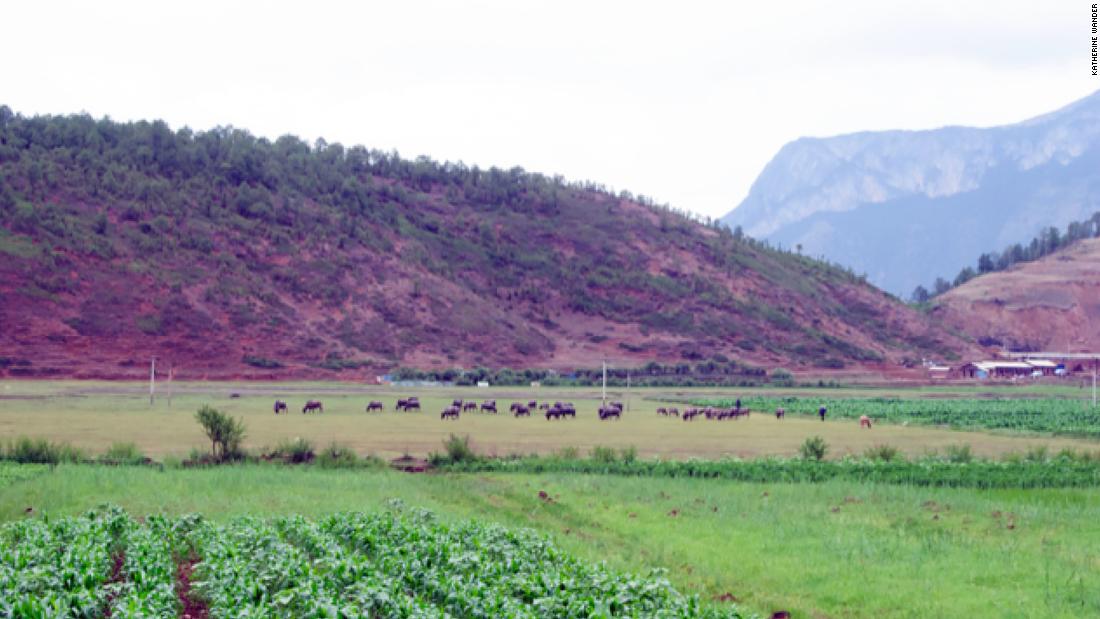 A new study has found that humans native to high-altitude areas may have a lower risk for chronic diseases such as hypertension and diabetes-associated anemia — and the reason why may have to do with the way their bodies have adapted to living with less oxygen.

The research, which published Thursday in the American Journal of Physical Anthropology, found that the Mosuo people who live near the Tibetan Plateau in Central and East Asia have numerous genetic adaptations to prevent hypoxia, a condition where the body’s tissues are deprived of a sufficient supply of oxygen from the air.

Researchers thought these genetic adaptations might also reduce the Mosuos’ risk for other chronic conditions, such as hypertension and diabetes-associated anemia.

After studying the Mosuo, a Tibetan-descended population living in the Hengduan Mountains of Southwest China at an elevation of about 8,530 feet, the researchers learned they were right. Despite lifestyle factors that would ordinarily increase a person’s risk for such conditions, the Mosuo had a lower risk for hypertension and diabetes-associated anemia than low-altitude Han populations.

A history of built-in protection

The Mosuo have been living at altitudes of up to approximately 17,700 feet for thousands of years, the report said, and their characteristics seem to be what mitigate hypoxic stress.

Whereas travelers to high-altitudes experience about a 10% to 20% drop in oxygen uptake — which is the rate at which oxygen can be used by the body during maximal work — the Mosuo show no deficit. That’s because their bodies naturally dilate their blood vessels in a process called vasodilation to compensate for the reduced oxygen content. This raises their blood supply and lowers their blood pressure to enhance oxygen delivery in their arteries.

These characteristics are likely to lower hypertension, the study said, as hypertension may be caused by underproduction of vasodilators that help blood flow, and thickening arteries.

Tibetan populations also have an adaptation called blunted erythropoiesis, or blunted red blood cell production. When our bodies undergo hypoxic stress, it switches off a mechanism in the kidneys that signals an excessive amount of red blood cells to make really thick blood to deliver oxygen to tissues.

In people with diabetes, this natural process could be harmful. Because of malfunctioning kidneys, they have an impaired sensitivity to hypoxia, which impedes their ability to correct anemia, the deficiency of red blood cells. But the Mosuos’ adaptation switches off that specific kidney function, which could protect them from this outcome, Wander said.

According to previous studies, many Mosuo communities are undergoing a rapid process of economic integration associated primarily with increasing tourism in the Yunnan province, changing their diets, physical activity and social structure.

“We’ve been able to kind of study the effects of that transition from mostly subsistence agriculture to the tourism industry and how that’s affected people’s health,” Wander said. “Their physical activity has changed because they’re not doing as much farm labor and their diets have changed because [they have more] access to things like sugar-sweetened beverages and highly processed foods.”

Incidence of chronic disease such as type 2 diabetes and hypertension have spiked among populations who underwent the same changes. But when researchers found the Mosuo had high rates of diabetes but not hypertension, they decided to take a second look at how chronic diseases and high-altitude adaptations interact.

To test the intersection between adaptations and chronic disease, researchers collected data among the Mosuo in the Yunnan province and retrieved data from the China Health and Nutrition Survey for the Han comparison groups: all Han who were included in the CHNS data, and a smaller group limited to Han from rural Hunan.

Rural Hunan is southern and inland like the Mosuo homeland, but about 320 to 2,600 feet lower in altitude.

Researchers compared hypertension risk among Mosuo and Han populations as they have similar risk factors given they are comparable in terms of diet. To find the risk for diabetes-associated anemia, they compared models of anemia across all three groups.

Hypertension was common among all groups, but significantly lower in the Mosuo.

Diabetes was also common among all groups, with a higher prevalence among the Mosuo — likely attributable to diet and lifestyle changes imparted by the tourism increase.

However, diabetes-associated anemia was common among the Han, but not the Mosuo. It’s likely the Mosuo are protected from the condition because of their blunted red blood cell production adaptation, the researchers said.

“The Mosuo have lower risk for hypertension and diabetes-associated anemia than the Han, supporting the hypothesis that high-altitude adaptations affecting blood and circulation intersect with chronic disease processes to lower risk for these outcomes,” the study said.

However, the study didn’t analyze a low-elevation sample of the Mosuo people for comparison.

As chronic diseases increasingly become global health concerns, the researchers said, it’s “important to investigate how they may be affected by local genetic adaptions.”

“It’s entirely possible that humans have adapted to other aspects of their environments, like infectious disease risks, in more subtle ways,” Wander said. “So as we come to understand biological variation … we can think about how that variation might intersect with chronic disease risks.”