Governors perform balancing act to reopen US as nationwide death toll inches toward 90,000 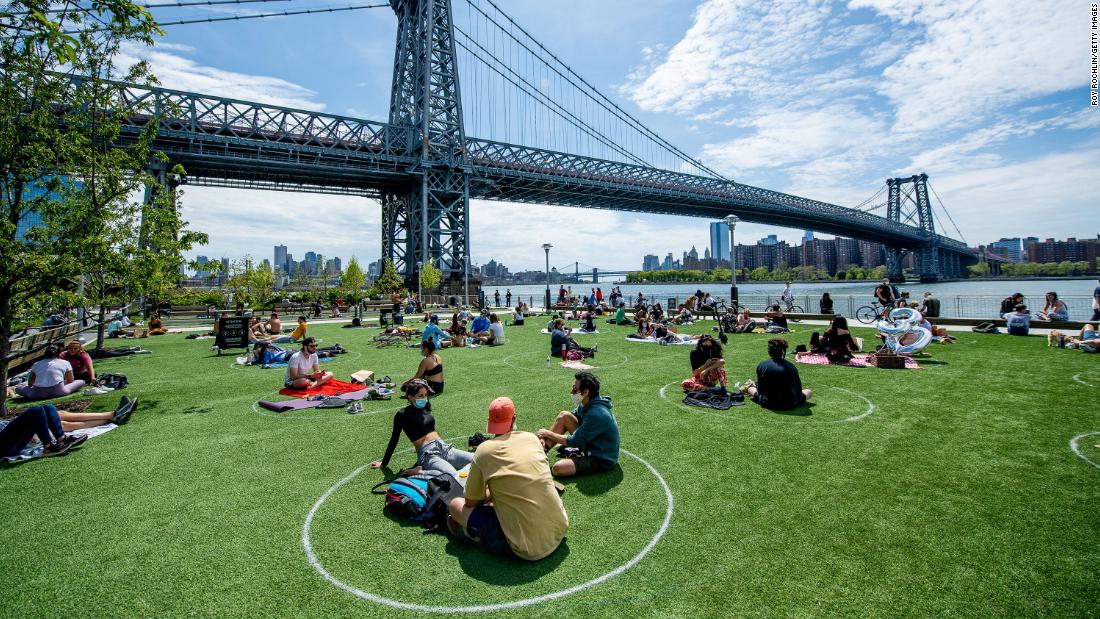 By now, all but two states have loosened restrictions in place to help curb the spread of the virus. Some began allowing limited gatherings, while others have allowed restaurants and some businesses to reopen their doors with caution.

And while many parts of the country have expressed hope about their number of cases seemingly slowing, other states have reported hikes. More than 1,486,700 Americans have so far tested positive for the virus and at least 89,562 have died, according to Johns Hopkins University.

And in California, which is now in the second of Gov. Gavin Newsom’s four reopening phases, the governor said that while he was empathetic to residents’ concerns, he wanted to move forward safely.

“I deeply understand the stress and anxiety that people have, that entire dreams have been torn asunder because of the shutdowns, their savings account depleted and their credit ratings destroyed,” Newsom told CNN’s Jake Tapper Sunday. “The question is, how do you toggle back and make meaningful modifications to the stay-at-home order?”

Guidance on moving forward has often come from local leaders. While most states announced students would not return to class this academic year, a union representing nearly 1.7 million teachers has published guidance on how schools should safely reopen — when they do.
“Once we have reduced the number of cases for at least 14 days with adequate testing in place, reopening plans can go into effect on a community-by-community basis,” an April report by the American Federation of Teachers says.

In their reopening plans, schools should also consider protections for at-risk staff and at-risk students, according to the union.

Maintaining health schools may also mean having to reorganize portions of it — including making classrooms smaller, staggering lunch times and coming up with alternative plans for some after-school programs, according to the guidance.

“While our public schools have been woefully under-resourced, and we must continue the fight to change that, this next two years is an opportunity to visualize what schooling looks like in a post-pandemic era, to ensure every child has the opportunity to thrive,” the report says.

For the regions reporting more new cases, it’s unclear whether that’s due to more testing or the virus spreading more rampantly.

In the next few weeks, projections show there will be nearly 13 million tests administered, he said.

New York, once the country’s epicenter, is conducting about 40,000 coronavirus tests per day, according to Gov. Andrew Cuomo, who added the state is doing “significantly more” diagnostic tests by population than other countries.

Officials have said the state is past its peak. And the governor said Sunday two more regions — in addition to five already in phase one of reopening — are close to beginning to reopen.

Cuomo also said his state along with New Jersey, Connecticut and Delaware will open beaches for the Memorial Day weekend beginning May 22, with restrictions.

With phased reopenings underway, one concern that remains across the US is how accurate diagnostic tests are.

AdventHealth announced about 35,000 coronavirus tests — 33,000 of which were conducted in Florida — have been deemed unreliable because one of the processing labs was “unable to fulfill its obligation.”

The company said it was “working diligently” to notify people who are impacted via letters or phone calls.

CDC on the sidelines of the pandemic

Months into the pandemic, experts are calling for the US Centers for Disease Control and Prevention to step up and lead the US efforts of fighting the virus.

The CDC has been the lead agency in battling recent pandemics and disease outbreaks including the 2009 H1N1 swine influenza pandemic and the 2003-2004 SARS outbreak. But their regular briefings on coronavirus were halted by March and the White House took over.

That was a mistake, Emory University professors and staffers wrote in a letter to the Atlanta Journal-Constitution.

“If we are to win the battle against Covid-19, we need the CDC’s scientific independence and unstifled voice,” the group wrote.

“For the past 70 years, the Centers for Disease Control and Prevention has been our nation’s strongest bulwark against public health threats. Its skill sets, expertise, and scientific credibility are unmatched in any other domestic or global institution. An unfettered and enabled CDC is fully capable of leading and guiding our nation’s evidence-based response to public health emergencies.”

In a Wall Street Journal op-ed published Sunday, former US Food and Drug Administration (FDA) Commissioner Dr. Scott Gottlieb also suggested the agency had been uncharacteristically quiet during the pandemic.

“Whatever the reasons, CDC has spoken infrequently and with more reticence than is customary in public-health crises,” he said.

“The more information about how to reduce the risk of spread and the severity of sickness, the more lives that can be saved, and the more comfortable Americans will feel about starting to resume normal life,” he added.