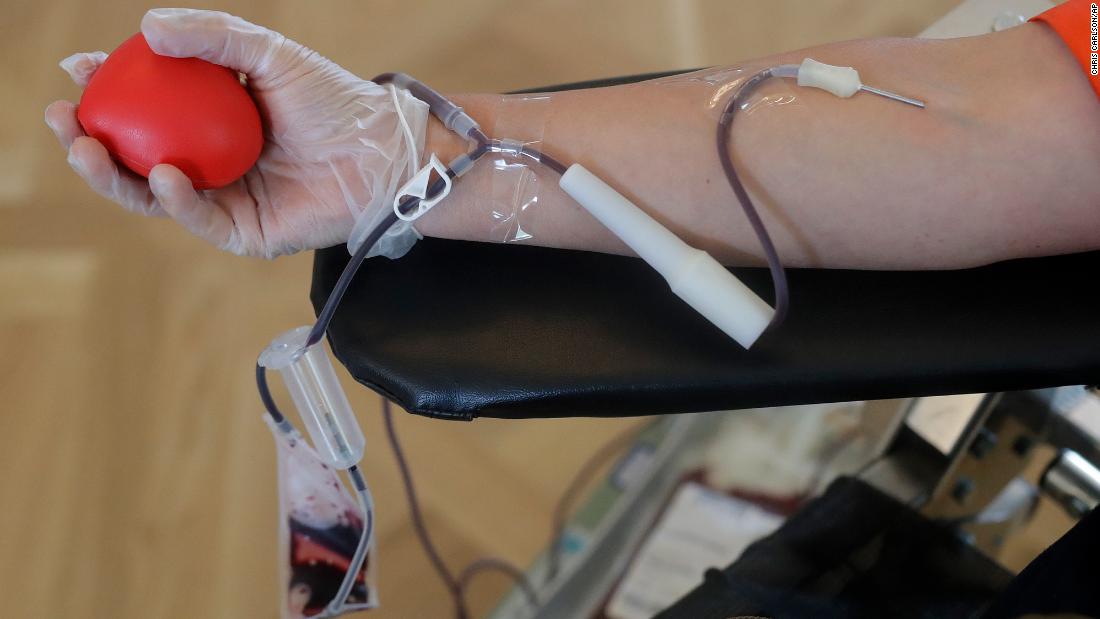 A petition, nearing 20,000 signatures, calls for an end to the “antiquated ban” for donating blood, the media advocacy organization for people who identify as gay, lesbian, bisexual, transgender and/or queer said.

The blood donation policy according to the FDA’s guidelines, is an attempt to reduce the risk of HIV transmission.

“The FDA cannot let an outdated and discriminatory ban on blood donations from gay and bi men get in the way of potentially life-saving treatment for the country’s painful current health crisis,” said GLAAD President and CEO Sarah Kate Ellis. “Continuing to enforce this antiquated policy is dangerous, irresponsible, and flies in the face of recommendations from medical experts.”

An FDA spokesperson, acknowledging the decline in blood and plasma donations across the US, told CNN, “At this time, FDA’s recommendations regarding blood donor deferral for men who have sex with men have not changed, but we are actively considering the situation as the outbreak progresses.”

The FDA said last week that it was expediting blood plasma treatment for those seriously ill with coronavirus, and New York Gov. Andrew Cuomo said that the state is pursuing trials of the treatment as well.

The process, known as plasma-derived therapy or “convalescent plasma,” involves doctors testing the plasma of people who recovered for antibodies to the virus and then injecting that plasma, or a derivative of it, into the sick person.

“There are so many gay men in [New York] who have clean blood that we are ready to give,” a 28-year-old man told CNN.

The man said he tested positive for coronavirus on March 16 and has since recovered. Friends sent him links to calls for plasma donations to help save the lives of others; and though he wanted to take part, he soon came across the GLAAD announcement informing him that was not possible.

“To know that I have blood right now inside my body that could potentially save the life or help someone else who has Covid-19,” he said, “I can’t see it being anything other than homophobic beliefs.”

“If it really was about HIV, there would be a questionnaire about how much sex people have had,” the man said.

A group of senators, including Chris Coons, Amy Klobuchar, Bernie Sanders, Kamala Harris and Tammy Duckworth, signed a letter to the FDA on March 26 calling on the blood donation policy to be overturned because coronavirus is increasing a nationwide shortage of donated blood needed to save lives, according to the letter.

“We must take every possible step to secure our nation’s blood supply in this critical time, and in order to do so, we need to shift away from antiquated and stigmatizing donation policies to ones that are scientifically sound, based on individual risk, and inclusive of all potential healthy blood donors,” the letter said.

CNN’s Kara Scannell and Brynn Gingras contributed to this report.