Generosity can make us live longer 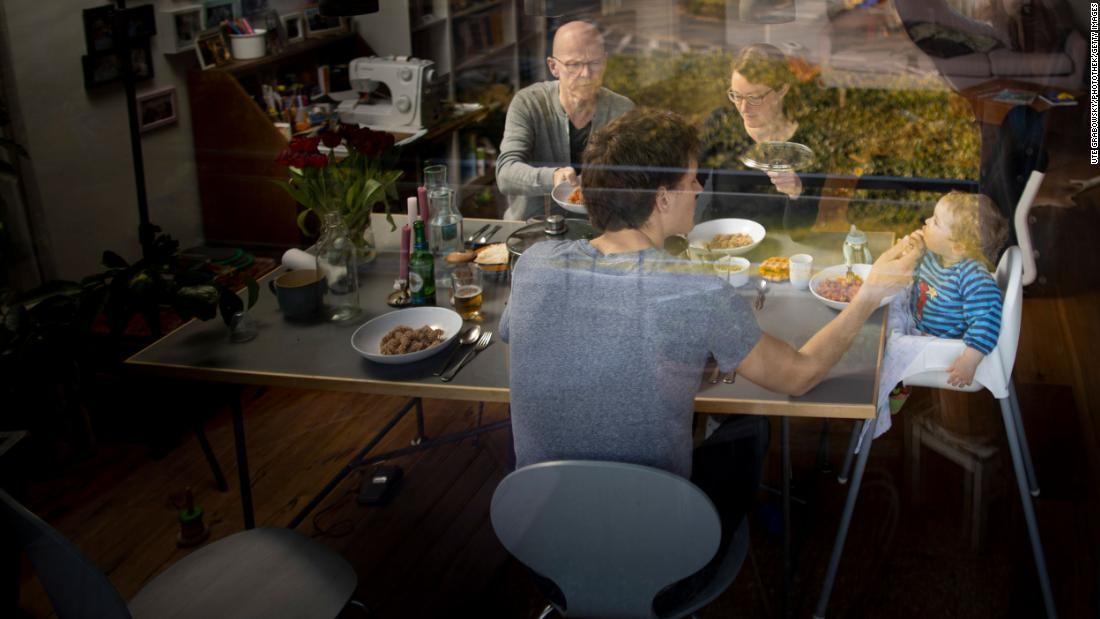 There is a linear relationship between the amount and frequency of wealth transfers and the lengths of individuals’ lives, the study results have shown.

“At the beginning of life you are reliant on others,” said lead study author Tobias Vogt, who is an assistant professor in the faculty of spatial sciences at the University of Groningen. “It’s a good idea to help others throughout the course of our lives.”

The researchers’ goal was to track data on how every individual in a given society consumes and saves.

Intergenerational wealth transfers can include money, but they can also include houses, benefits or time.

Wealth transfers are more common where social cohesion is high

The researchers recognized that other factors — such as country’s gross domestic product (GDP) and income inequality — also affect a population’s life expectancy and adjusted their models to include those factors.

One likely reason, Vogt said, for the correlation between countries experiencing greater longevity in the presence of financial transfers was that those countries exhibited stronger social cohesion.

To back that up, he cited a 2010 meta-analysis performed by researchers at Brigham Young University — with an aggregate of 148 separate studies involving a total of more than 300,000 participants. It found that survival was 50% greater for those with stronger social relationships compared to those with lesser or no social bonds.

France and Japan, the nations with the lowest mortality risk, showed the highest average individual wealth transfers. Theses countries shared between 68% and 69% of their lifetime income, while reporting mortality rates about twice as low as China and Turkey, where people shared between 44% and 48% of their lifetime earnings, according to the study.

“South American countries also rank high in terms of generosity, as they share more than 60% of an average individual’s lifetime income,” the researchers reported.

On the low side of the spectrum, countries in Sub-Saharan Africa and Southeast Asia were those in which people were least able to share portions of their lifetime earnings and experienced shorter life spans.

This research complements findings in the UN’s World Happiness Report

Generosity and life expectancy are among the six variables scientists look at when making the World Happiness Report, which is released annually by the Sustainable Development Solutions Network for the United Nations.

This year, even as the coronavirus pandemic swept Europe, Finland held on to its happiest country title for a third straight year.

“Generous behavior is related to trust and mutual regard and a sense of being together,” said John Helliwell, co-editor of the World Happiness Report and professor emeritus of economics at the University of British Columbia. “People who are happier are subsequently healthier.”

Vogt and his team’s research fit in well with the body of science the UN and researchers around the world have been monitoring since 2012 as they have cultivated the happiness index, Helliwell said.

Societies with high mutual trust are more likely to be resilient, and that could be seen in how they have fared recently against the coronavirus, he explained.

Those nations succesfully keeping the virus at bay, such as Norway and New Zealand, are places where people trust each other.

“To the extent generosity adds to longevity, it’s about our resilience to disease, or to earthquakes, or changes in climate,” Helliwell said. “Leaders must broaden our capacity to help one another.”

These results have relevance to the pandemic

In a year of pandemic, global GDP is expected to drop by 5.2%, according to a World Bank estimate in June.

That means we’re in for a lot of lost transfers of value, whether they be a scholarship fund not collecting its annual fundraising goal, a laid-off middle-aged couple struggling with ailing parents’ nursing home bills or governments collecting less in taxes during a time of high unemployment.

Although simply spending time with a wiser older relative might be one of the best ways to transfer value from one generation to another, measures such as those would be a subject for a future study, Vogt said.

“We suggest that this support reduces mortality by meeting urgent material needs, but also that sharing generosity may reflect the strength of social connectedness, which itself benefits human health and wellbeing and indirectly raises survival,” the researchers wrote in the paper.

As the economic engine grinds to a halt, we’re faced with the prospect of our resource crunch resonating in the lives of ourselves, our children and our parents for years to come.

But the social science says there are ways to navigate the dilemma.

“It’s important how countries get out of these situations,” Vogt said, noting how countries such as Spain and France have high life expectancy and have high social cohesion, characteristics that can help shield them against the worst effects of the pandemic.

One of the most valuable ways to transfer something important to a loved one is to cook and care and read to them, he said.