Gender identity: The difference between sex and gender, explained 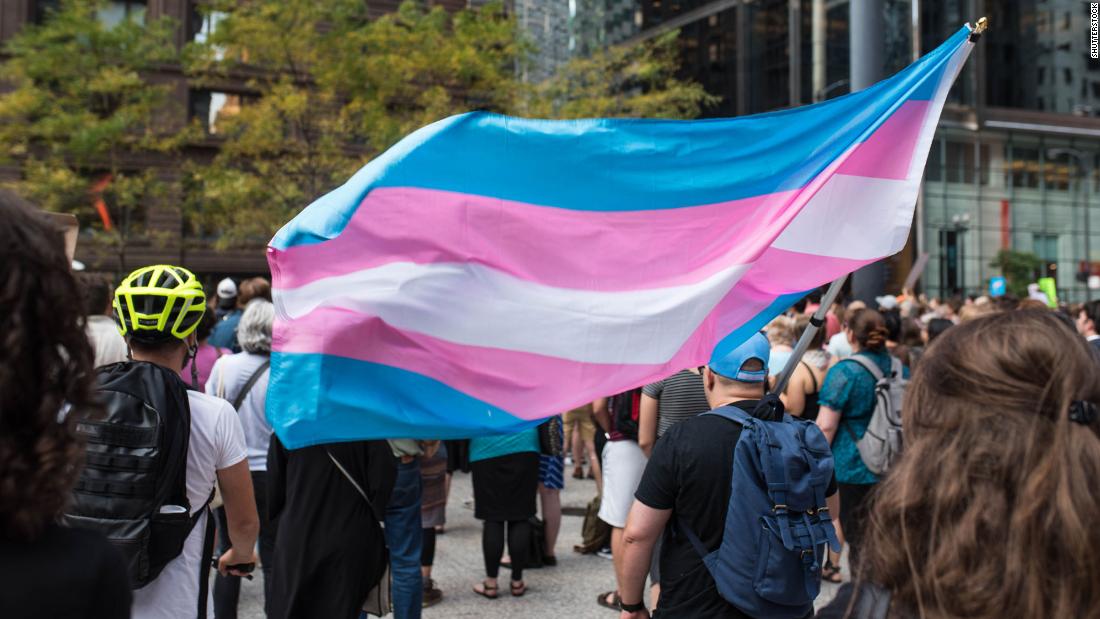 “‘People who menstruate.’ I’m sure there used to be a word for those people,” she tweeted. “Someone help me out. Wumben? Wimpund? Woomud?”

The phrase “people who menstruate” was intended to be inclusive of women, non-binary people, trans men and gender-fluid and gender-nonconforming people.

Rowling said that if “sex isn’t real,” the realities of cisgender women (women whose gender identity conforms with the sex they were assigned at birth) globally are erased.

But the people she excluded in her initial tweet were trans men, non-binary and gender-fluid people, by emphasizing the idea that it’s only cisgender women who menstruate. It also left out trans women by implying that if they cannot menstruate, they are not women.

Her comments were a “fundamental misconception of the difference between sex and gender,” said Amit Paley, CEO and executive director of The Trevor Project, a suicide prevention and crisis intervention organization for LGBTQ youth.

“Your sex is what you are assigned at birth, and your gender is the way that you experience your own sense of gender identity,” Paley said. “It’s important [that we recognize] very clearly that trans women are women and that trans men are men. … and that we respect people for the way that they identify and live their own gender.”

Rowling’s tweets also “demonstrate a clear misunderstanding of who trans people are, what we want, what we need and what the medical consensus is,” said Sarah McBride, a transwoman and national press secretary of the Human Rights Campaign, a civil rights organization working to achieve equality for LGBTQ Americans.

“Beyond that,” she added, Rowling’s tweets “are part of a prejudice that results in discrimination and violence in too many circumstances.”

A representative for Rowling did not immediately respond to CNN’s previous request for comment regarding the situation.

Some medical associations have recognized the difference between gender and sex.

Gender identity is a component of gender that describes a person’s psychological sense of their gender.

“Many people describe gender identity as a deeply felt, inherent sense of being a boy, a man, or male; a girl, a woman, or female; or a nonbinary gender (e.g., genderqueer, gender-nonconforming, gender-neutral, agender, gender-fluid) that may or may not correspond to a person’s sex assigned at birth, presumed gender based on sex assignment, or primary or secondary sex characteristics,” the American Psychological Association described.
People identify as transgender when their gender identity, expression and/or role doesn’t align with what has culturally been associated with their sex assigned at birth. Those who do identify with the gender that’s in accordance with cultural associations are called “cisgender,” as described by the American Psychological Association.

“We need to understand that when we are talking about how people experience their gender, it is the gender that they say that it is,” Paley said. “We really don’t want to live in a world where we look at trans women and say that they are not women because of the sex they might’ve been assigned at birth.

To suggest that supporting trans women hurts cisgender women in some way is a “false dichotomy,” Paley said.

“Acknowledging the fact that transgender women are women does not remove rights from cisgender women,” Paley said. “It is important that we honor and respect the rights and dignity of all women” whether they are cisgender, transgender or however they identify.

Every woman has a different experience of womanhood, McBride said. “There is diversity in womanhood, and to acknowledge that and to embrace and affirm a portion of that diversity in no way diminishes the validity or reality of anyone else’s womanhood.”

The health impact of dismissing identity

One of the reasons people shouldn’t dismiss one another’s gender identity is because it’s “basically disrespectful to ignore the preferred gender expression of an individual,” said Dr. Jack Drescher, a clinical professor of psychiatry at Columbia University in New York City.

Misgendering trans people, even if unintended by the perpetrator, can be frustrating or harmful to their mental health. Some people are more resilient while others’ feelings might be hurt by microaggressions that ignore their realities.

These sources said that this denial can manifest as roadblocks to health care, gender-affirming care and building positive self-esteem. The discrimination, rejection and lack of access to care and resources also make trans and non-binary people at risk for depression and suicide, Paley said.

Several of the experiences some trans people might go through — including realizing they’re trans, struggling with gender dysphoria and talking with family — are distressing and confusing enough, without prejudice from others.

“It’s hard to be referred to [as] something different than who you are just because you weren’t born as it,” said Lazarus Gates, a trans man from Kalamazoo, Michigan.

“To be a stigmatized minority is difficult in itself, to be suffering from what we call gender dysphoria in and of itself,” Drescher said. Gender dysphoria describes an uncomfortable conflict between a person’s assigned gender and the gender with which the person identifies, according to the American Psychiatric Association.

“So to be doubly stigmatized by both having the pain of dysphoria and to then be disrespected and stigmatized — it’s not right,” Drescher added.

Educating yourself about language and identities regarding gender and adjusting to how culture is changing can be confusing, especially if you’re older or don’t interact with any trans people on a regular basis.

“Language is changing,” Drescher said, and it can be hard to keep up.

You can read books about gender and trans issues, and there are multiple organizations that both advocate for trans people and provide resources on the topic.

“Many trans people are always willing to educate people and answer questions about being trans as well,” Gates said. “I understand that it can be hard to keep up with these changes, especially for people who grew up in a time or a place where being transgender was unheard of, but it’s never too late to educate yourself on the subject and change your mistakes.”

Becoming culturally aware can help you understand and support the LGBTQ community, but also contribute to the betterment of society as a whole.