Frogs hopped around the Antarctic 40 million years ago 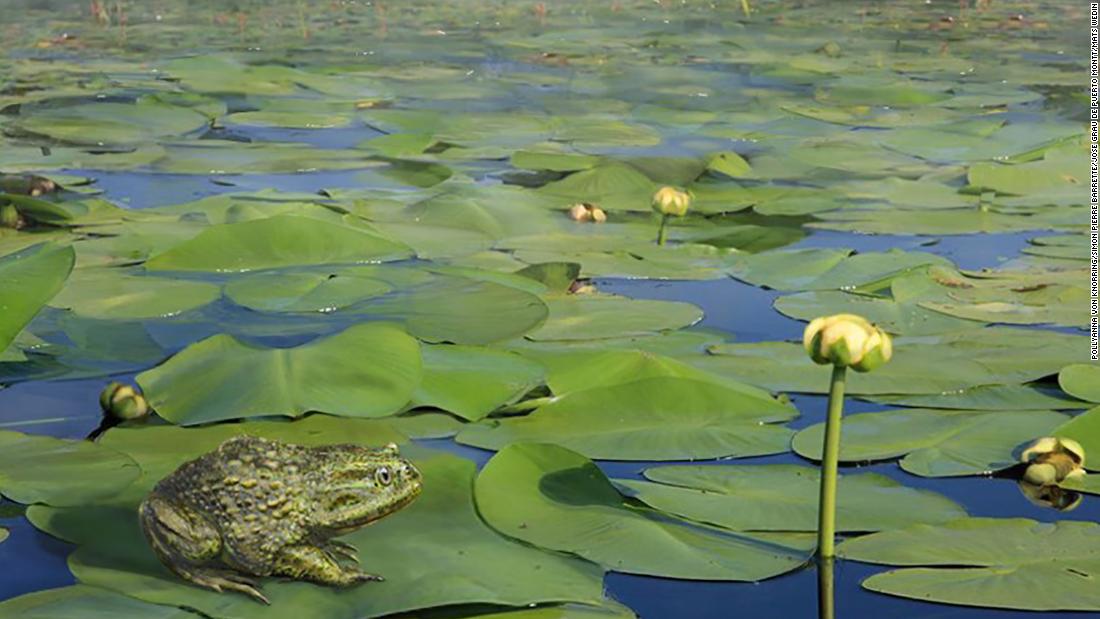 The fossils of the first modern amphibian to be discovered in Antarctica were found on Seymour Island, part of the continent closest to the tip of South America.

The creature was tiny — around 4 cm to 5 cm long — but was very similar in appearance to the five living species of helmeted frogs that hop around Patagonia today, according to a new study that published Thursday in the journal Scientific Reports.

“They looked like today’s frogs. No different. Our frog was rather small but this is in the range of the living ones, although most of the living ones are bigger,” said Thomas Mörs, a senior curator at the Swedish Museum of Natural History and an associate professor of paleontology.

He said the cold-blooded creature would likely have hibernated in mud during the region’s long, dark winters.

Mörs explained that the frog would have lived in a temperate, humid rain forest very similar to those found in the Chilean Andes, where temperatures don’t vary much season to season. It may have jumped on the pads of a now extinct water lily. Fossilized cocoons of leeches have also been found on Seymour Island, said Mörs, as well as a handful of mammals.

“My guess is that it [Antarctica] was a rich and diverse place. We have only found a percentage of what lived there,” he added.

“The water lilies were the first hint that there were freshwater environment(s) there and it was not frozen all the time.”

The study’s findings suggested that the forests of South America may be a “modern analogue” of the Antarctic climate just before its glaciation and may now be home to other species originally found across the Antarctic Peninsula.

Earlier research has found that ice sheets formed across Antarctica before the final breakup of the southern supercontinent Gondwana into the present-day Southern Hemisphere, which includes South America and Antarctica.

“This fauna lived 6 million years before the continent separated and then froze. There was glaciation likely already going on at the time.”