For the first time, scientists can see how the brain records our memories as we sleep 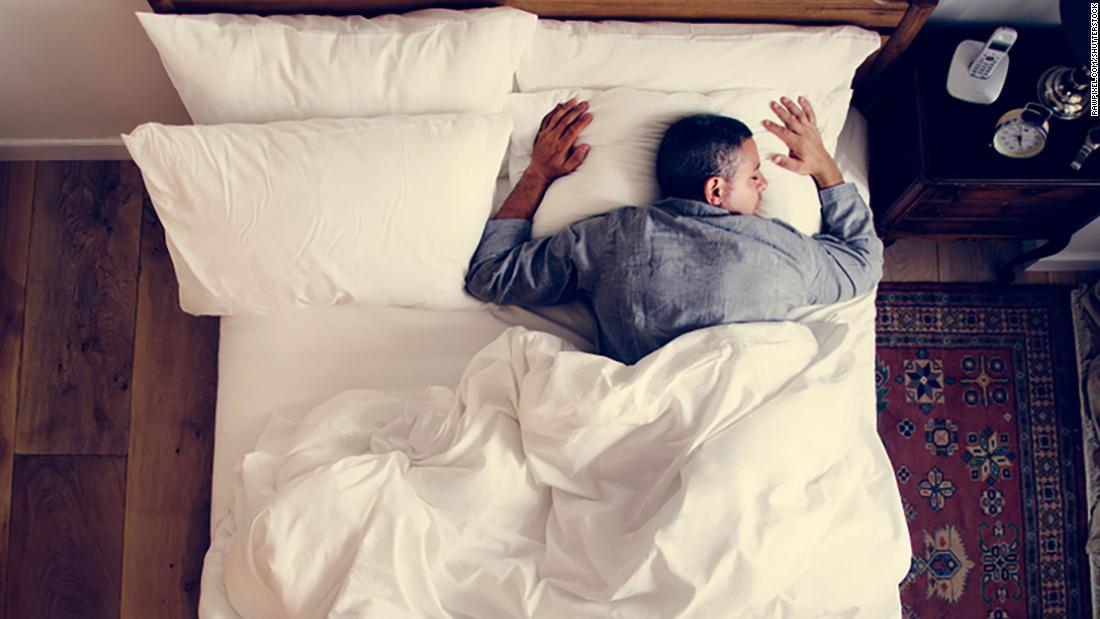 But the exact way in which the brain stores our memories is poorly understood.

Now for the first time, tiny microelectrodes planted inside the brains of two people with epilepsy show just how the brain’s neurons fire during sleep to “replay” our short-term memories in order to move them into more permanent storage. The study was published Tuesday in the journal Cell Reports.

“Despite decades of research, it remains somewhat unclear how ‘short-term’ memories get filed away to become ‘long-term’ memories that can be recalled later,” Isaacson, who was not involved in the study, said.

“Using a brain-computer interface is an exciting way to study memory since it can record brain cell activity patterns and then look for those exact patterns later,” he added.

Braingate has spent the last dozen or more years developing brain-computer interfaces that allow people with amyotrophic lateral sclerosis (ALS) and other neurologic diseases, brain injury or limb loss to be able to use their brain signals to move computer cursors, robotic arms and other assistive devices to communicate and control their world.

“Neurons are tiny. They’re about 10 microns in size,” said computational neuroscientist and study author Beata Jarosiewicz. “And the macro electrodes that are approved for human use, such as the deep brain-stimulating electrodes, are too big to record the individual spiking activity of each neuron.”

But at Braingate, surgeons implanted an array of minute electrodes onto the top of the brains of two people with sensory and motor paralysis, thus allowing the person to just “think” about moving their hand in a direction. By mapping the way the neurons behave during thought, the decoder can translate the thought into speech or into action via attached prosthetic limbs and assistive robotic devices.

“Different neurons have different preferred directions,” said Jarosiewicz, who was a research assistant professor at BrainGate at the time of the study.

In the study, the two people with implanted devices were asked to take a nap in which their neuron activity was recorded as a baseline. Then each played a sequence game modeled after the 1980s hit electronic game Simon, in which players are asked to repeat the same order of light movements the game had just displayed.

Instead of moving arms to follow Simon, of course, the two people used their minds to repeat the game’s actions while their neural activity was recorded. Finally, the two were asked to rest and nap.

The results showed that during those naps the neuron activity was identical to that recorded while the two subjects were actually playing the game. This meant their brains kept playing Simon after they were asleep, replaying the same patterns in their brain at a neuronal level.

“Fully understanding how a memory gets stored in the brain may help unlock secrets to optimal cognitive function,” said Isaacson, who is a trustee of the McKnight Brain Research Foundation, which funds research into novel treatments and prevention of neurological diseases.

The use of such technology to study brain movements during sleep is why “this study is unprecedented,” Jarosiewicz said. “There aren’t a lot of scenarios in which a person would have a multielectrode array placed in their brain, where the electrodes are tiny enough to be able to detect the firing activity of individual neurons.”

The procedure is obviously rare. In fact, Braingate has only implanted 12 such devices in the history of the consortium’s work, Jarosiewicz said.

“This supports the notion that in order to optimize memory function and learning, people need to prioritize restful activities — most importantly adequate sleep — to keep our ‘engines’ running at peak performance,” said Isaacson.

There are some at-home monitoring devices, Isaacson said, such as wrist-worn straps and rings, which claim to track different sleep stages that may be most important for memory consolidation.