Flycatchers make sounds with their feathers to communicate 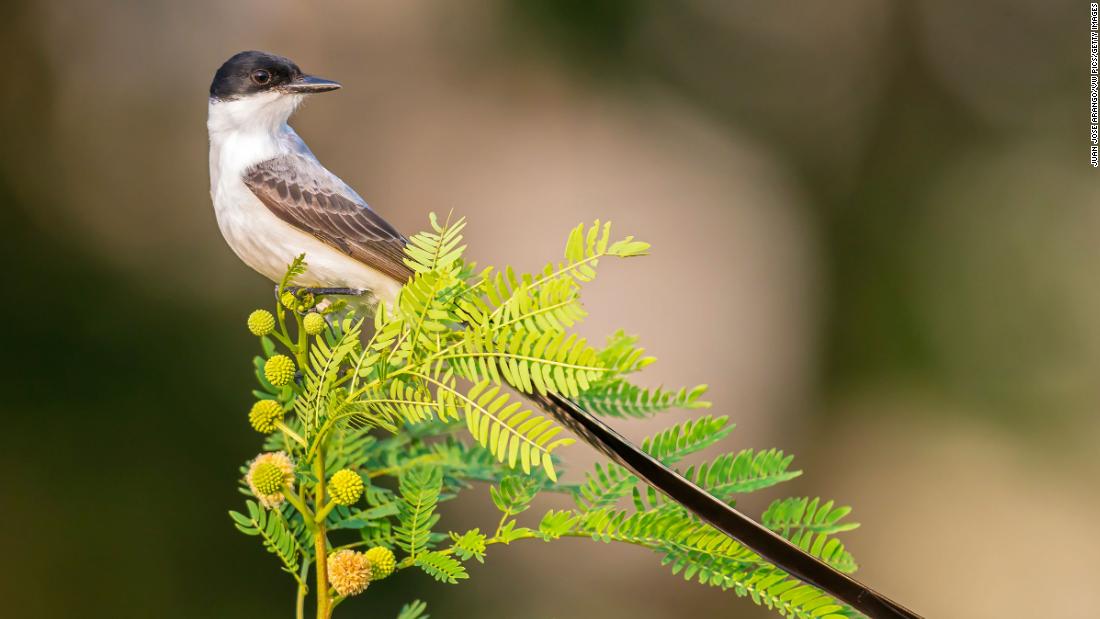 A species called the fork-tailed flycatcher, or Tyrannus savanna, vibrate their feathers very quickly to produce a sound, according to a new study published Tuesday in the Integrative and Comparative Biology Journal.

When male fork-tailed flycatchers make early-morning display flights or fight each other, their feathers make this vibrating chirping noise. This also happens when they attack hawks, which is a common habit for these birds, and when they make their escape.

“After a certain velocity, they start vibrating, sort of like when kids play with leaves and they blow on a leaf and it makes a sound,” said Valentina Gómez-Bahamón, lead researcher for the study and a doctoral student at the University of Illinois at Chicago.

These small birds have a white body with brown wings and a black cap on their head. Long tail feathers that resemble a fork or scissor shoot out the back of the animal. Through the use of slow-motion camera footage, researchers discovered the wing feathers make a vibrating noise when they are rubbed together quickly enough.

Although these birds might be on the smaller side, their big personality more than makes up for it.

“They’re very strong and feisty and they fight each other, even though they are a small bird,” said Gómez-Bahamón, who is also a researcher at Chicago’s Field Museum.

For part of the study, Gómez-Bahamón and her team attached video cameras to a fake hawk to see up close how the birds would react. When the flycatchers attacked, the researchers heard the feathers making noise.

It was difficult to capture slow-motion footage of the birds, Gómez-Bahamón said, so the team also captured some flycatchers to better control the experiment.

“We know where the bird is going to fly, and we can record sound and video at the same time,” Gómez-Bahamón said.

Through that process, she was able to see if the sound was occurring at the same time as the motion.

The experiments for the study were completed in Argentina and Colombia, two places where the birds are commonly found.

In future research, Gómez-Bahamón wants to see if the birds can differentiate the different pitches between the various types of flycatchers.

“I want to know if the birds perceive sounds differently, and also if they prefer their sound or another sound,” Gómez-Bahamón said.