Florida’s seeing a surge in coronavirus cases. But there’s good news, too 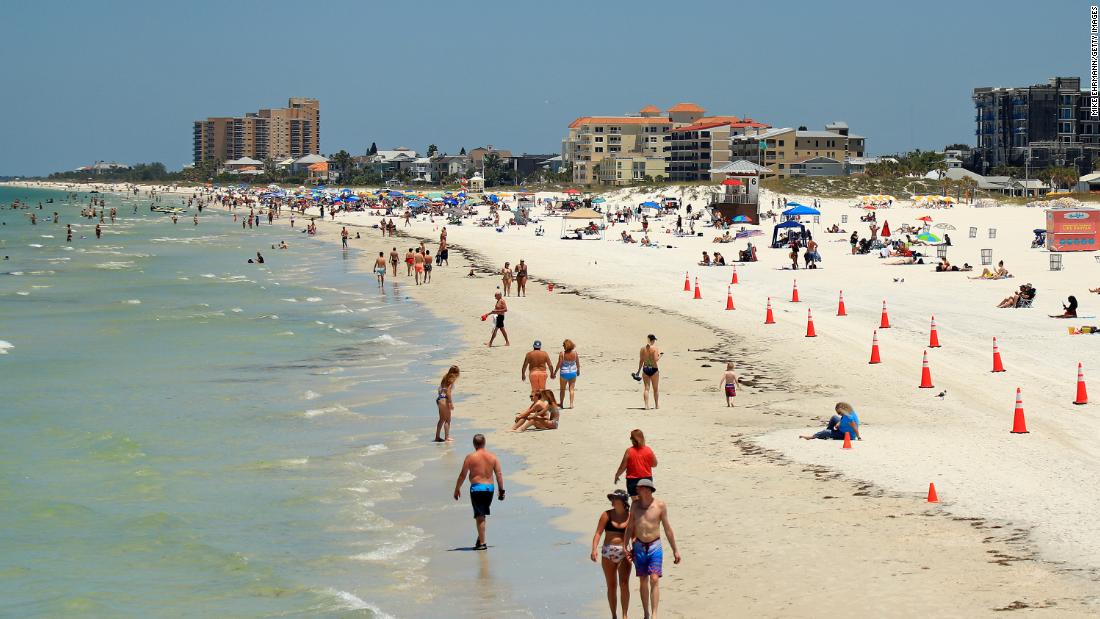 So while Florida’s spike in new case numbers may be alarming, it’s also had increased testing.

But there are still reasons why Floridians and beachgoers to the state should be cautious.

The virus is still spreading rampantly

Florida has reported more than 1,000 new infections each day, on average, since the middle of last week, according to data from Johns Hopkins University.

That increase came as most of Florida entered a second stage of reopening on Friday.

One of the most important numbers when tracking the spread of the coronavirus is the “R value,” which represents how many people each infected person will likely infect, on average.

An R value under 1 means fewer and fewer people will get infected, and the virus starts to fade away. But an R value of more than 1 means the epidemic will get worse.

As of Sunday, Florida’s estimated R value was 1.07, meaning the rate of spread is increasing slightly, according to Covid19-projections.com.

More than 63,000 people in Florida have been infected with the coronavirus, and more than 2,700 have died from the virus in the state, according to data from Johns Hopkins University.

Hospitalizations for Covid-19 in Florida have been flat over the past week. But it often takes days or weeks after new infections for some people to go to the hospital.
Track the virus in your state and nationwide

While New York state has had the highest numbers of coronavirus cases and deaths in the US, four states are now outpacing New York in the numbers of new cases.

California, Texas, Florida and Illinois have all had higher average numbers of daily new cases, according to a CNN analysis.

California, on average, saw the most new cases per day during the week ending Sunday, averaging about 2,666 daily new cases, according to data from Johns Hopkins University.

And while the number of new cases in California, Texas and Florida has generally been increasing, both Illinois and New York have seen a decrease in new cases reported.

CNN’s Ethan Cohen and Liz Stark contributed to this report.