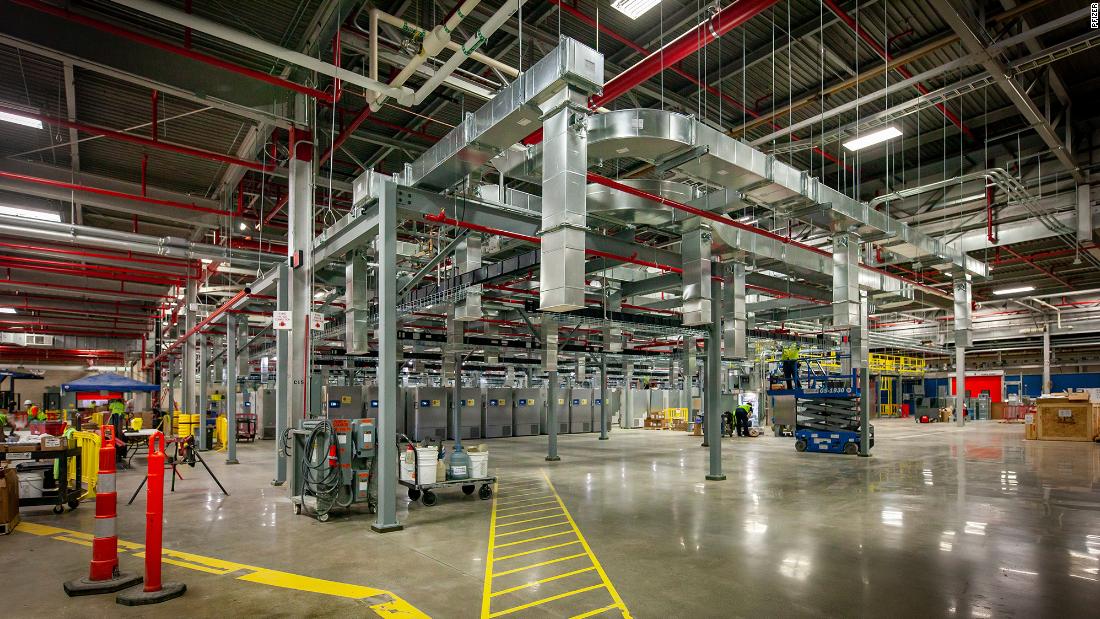 With the Pfizer vaccine emergency use authorization expected later this month, and perhaps also for the Moderna vaccine, states are learning there’s not enough for them to fully vaccinate those designated as their first and top priority.

Earlier this week, the CDC’s Advisory Committee on Immunization Practices recommended that the very first batch of Americans to get vaccinated should be frontline health care workers and residents of long term care facilities such as nursing homes. Together, they add up to about 24 million people.

Federal officials estimate about 40 million vaccines will be available by the end of the month if both Moderna and Pfizer get US Food and Drug Administration authorization — only enough to vaccinate 20 million people, because two doses are needed for each person.

But even that number will fall short. Pfizer is only expected to have 6.4 million doses of vaccine ready by mid-December.

A CNN analysis of 27 states’ vaccine data showed that none were getting enough vaccine in the first shipment to vaccinate all their first priority group, including health care workers and long-term care residents. CNN was able to confirm the expected size of the first shipment of vaccine for at least 45 states, and the number of people prioritized in a least 27 states.

Now states must decide how they will ration the vaccine among their top priority groups and how the small first installment affects the timetable of when groups down the line can be vaccinated. Some states are already being forced to triage — choosing which health care workers are a higher priority than others.

California must vaccinate 2.4 million healthcare workers first and Gov. Gavin Newsom said earlier this week that the state is only receiving 327,000 doses of the vaccine from Pfizer to start with.

“It’s one thing when you hear the national news about, well, we broadly all agree that our healthcare workers and skilled nursing residential care and assisted living facilities should be prioritized, but that is millions and millions of people. When you only have a few hundred thousand doses of vaccines — doses, you need two doses — you can cut that in half in terms of the total number of people that actually will be fully vaccinated. We have to look at some prioritization of those doses, and we’ve done just that,” Newsom said Thursday.

Alabama is receiving far less of the Pfizer vaccine than they were first promised from the initial shipment. Instead of their first shipment being 112,000 doses from Pfizer, the state will receive 40,950 doses, according to Alabama Department of Public Health Officer Karen Landers. The state has designated 300,000 health care workers and 22,000 residents of long-term care facilities as among the highest priority group to be vaccinated.

“The Alabama Department of Public Health will follow its Phase 1a allocation of Covid-19 vaccine and, as necessary, ask providers to sub-categorize persons within Phase 1a based upon supply,” Landers told CNN. “For example, healthcare personnel who work in emergency rooms, Covid-19 units, have underlying health problems, or other factors, may receive the initial vaccines.”

Montana is only receiving around 9,750 doses of the Pfizer vaccine from the first shipment when it has more than 40,000 healthcare workers to vaccinate before moving on to the rest of the state’s population.

For some states, the difference between the amount of vaccine they expect to receive and the number of people labeled as the state’s highest priority are not as far off.

In Texas, the state expects 224,250 doses of the Pfizer vaccine the week of December 14, but will end up with 1.4 million doses when combining shipments from Pfizer and Moderna by the end of December. The state estimated it needs to vaccinate 1.6 million health care workers to complete its first phase of the process.

West Virginia Gov. Jim Justice gave more detail in his Friday announcement of what the state will be receiving by sharing not only the initial shipment, but the ordering cap for each week. Justice said that West Virginia is expected to receive 60,000 doses of the vaccine from Pfizer on December 15 and 26,000 from Moderna the week after. The state can order up to 16,000 new doses from Pfizer a week and up to approximately 5,000 from Moderna each week.