First dog to test positive for Covid-19 in the US, Buddy the German shepherd, has died 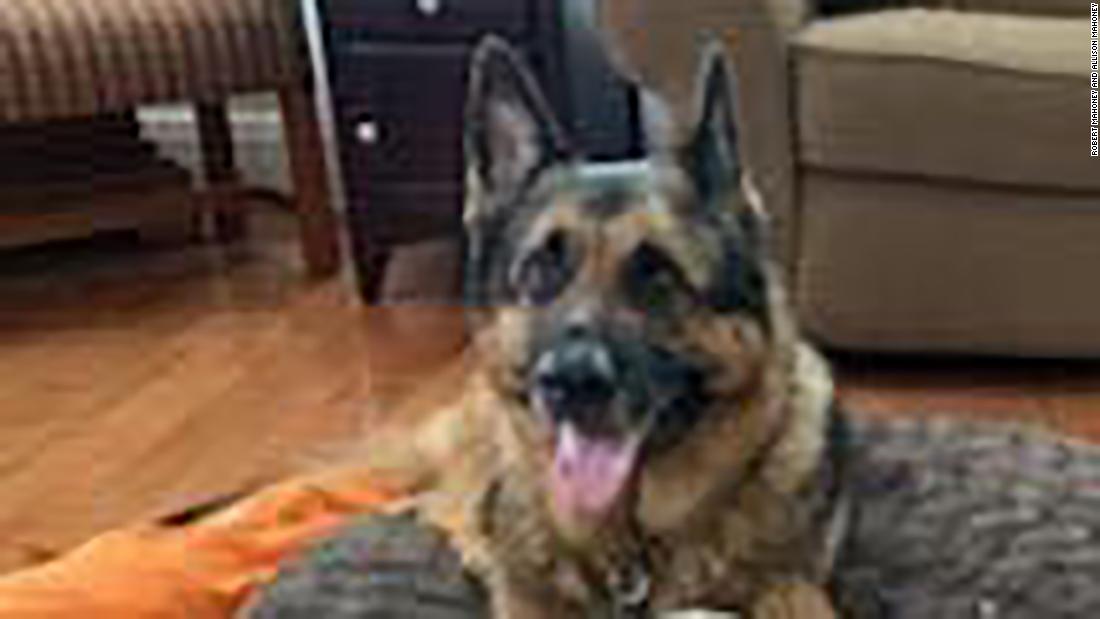 It’s unclear whether Buddy died from complications of the coronavirus, which he most likely caught from his owner, Robert Mahoney, who tested positive this spring, or whether he died from lymphoma.

Two veterinarians who were not part of his treatment, but who reviewed Buddy’s medical records for National Geographic, told the publication that the dog probably had cancer.

“It’s unclear whether cancer made him more susceptible to contracting the coronavirus, or if the virus made him ill, or if it was just a case of coincidental timing,” the magazine reported.

The dog got sick in April and Mahoney suspected he had the virus, but it wasn’t until mid-May that the family finally found a vet who would test him and who confirmed Buddy was infected.

“You tell people that your dog was positive, and they look at you (as if you have) ten heads,” owner and Robert Mahoney’s wife, Allison, told the magazine.

By June 2, the US Department of Agriculture confirmed Buddy was the first dog to test positive for the coronavirus in the US.

“Samples from the dog were taken after it showed signs of respiratory illness,” the USDA reported at the time. “The dog is expected to make a full recovery.”

“It looked like it was his insides coming out. He had it all over. It was coming from his nose and mouth. We knew there was nothing that could be done for him from there. What are you going to do for a dog with this? But he had the will to live. He didn’t want to go,” she said. The Mahoneys decided the time had arrived to euthanize their beloved dog.

Fewer than 25 dogs and cats are confirmed to be infected with coronavirus in the US, according to the USDA.

There is no mandatory testing requirement for animals living in homes with Covid-19 positive people so it’s unknown how many pets in the US may be infected and whether those with underlying health conditions, similar to humans, may be at higher risk.

“The second dog to test positive in the U.S., in Georgia, and the sixth dog, in South Carolina, have both died, for example, and their deaths were attributed to other conditions,” National Geographic reported.

The US Centers for Disease Control and Prevention does offer guidance for caring for a pet with Covid-19 but it doesn’t include information about testing or information collection for veterinarians as there’s still no solid data on how the virus affects pets.

The Mahoney family is heartbroken by the loss of Buddy, National Geographic reported, and frustrated by their struggle to get the canine diagnosed and cared for.

“(Buddy) was the love of our lives. … He brought joy to everybody. I can’t wrap my head around it,” Allison Mahoney said.