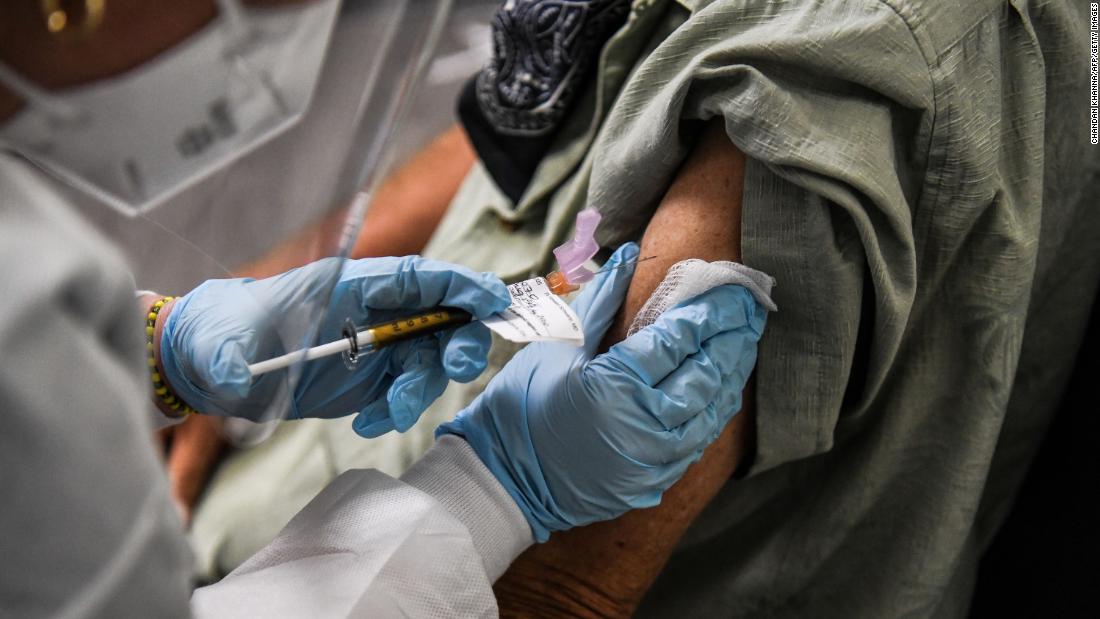 While Black people and Latinos account for more than 50% of Covid-19 cases nationwide, so far they make up only about 15% of participants in the nation’s first large-scale clinical trial to test out a coronavirus vaccine, according to data obtained by CNN from a government official.

That could potentially delay a vaccine from getting to the marketplace.

Moderna, the first company in the US to conduct a Phase 3 clinical trial, is aiming to enroll 30,000 volunteers. In the first three weeks, it already recruited 8,374, according to an email obtained by CNN from the company to its researchers.

While that’s an impressive number, officials at Operation Warp Speed, the government’s initiative to deliver 300 million doses of a coronavirus vaccine by January, are “very concerned” about the low percentage of minorities in the trial, according to Dr. Nelson Michael, director of the Center for Infectious Diseases Research at Walter Reed Army Institute of Research, who has been assigned to work with Operation Warp Speed.

“There’s a lot of discussion now about how Moderna can change the direction of their ship so they can optimize the enrollment of key populations,” Michael said.

Moderna is on track to finish enrolling its 30,000 participants by mid to late September. But if they can’t increase the number of minorities, the panel of experts overseeing the trial could tell Moderna they need to take the time to recruit more participants from minority groups.

“The Data Safety Monitoring Board could slow the trial down,” Michael said.

Spokespeople for Moderna did not respond to CNN’s request for comment for this story.

Moderna has contracted with 89 sites around the US to conduct its Phase 3 clinical trial. Researchers at two of those sites tell CNN that the company has asked them to limit the number of participants they enroll to no more than 20 per day.

Part of the reason is so that care can be taken to recruit more minorities, they said.

“We need to take the time to evaluate the people who want to be in study to make sure they meet inclusion criteria,” said Dr. Richard Novak, who’s running the site at the University of Illinois at Chicago.

Dr. Carl Fichtenbaum, the principal investigator at the University of Cincinnati, echoed the sentiment. “We want the right people in this trial, and that can take time,” he said.

There are two major reasons why vaccine trials need to include more minorities.

Federal law and National Institutes of Health policy mandate inclusion of minorities into clinical trials because vaccines and drugs might have a different effect on them than they do on White people. Ideally, vaccine trial participants should reflect the population that’s affected by the disease to determine the vaccine’s efficacy and safety in those groups.
Blacks and Latinos make up more than half of all coronavirus cases, according to a study by the US Centers for Disease Control and Prevention.

The other reason it’s important to include substantial numbers of minorities is that in order for the study to succeed, a significant number of volunteers need to be at high-risk for becoming infected and sick with Covid-19 in the first place.

If those who volunteer for a coronavirus vaccine trial get their shots and then stay at home, at the end of the study they may very well test negative for the virus, not necessarily because the vaccine worked, but because they never encountered the virus in the first place.

So in any vaccine study, including this one, researchers seek out study subjects who are most likely to come in contact with the virus in their daily lives.

That includes health care workers, for example, and also minorities, who are more likely to have essential jobs that require in-person work, and more likely to live in multigenerational, multifamily households, among other factors.

Minorities have often refrained from joining medical studies for several reasons. For example, medical institutions historically have performed dangerous experiments on minorities without the study subjects’ knowledge or consent, and even now deep racial injustices and disparities still exist in healthcare.

That’s led government agencies to reach out to minority groups to encourage participation in this and other coronavirus trials.

“There is a tremendous amount of pressure on this now. I’ve never seen community engagement get this level of play. Not even close. Ever,” Michael said.

In an earlier statement for a previous story, a Moderna spokesman said the company’s 89 trial sites are “actively working with their local communities to reach a diverse population of volunteers.”

The spokesman, Ray Jordan, added that “we hope to achieve a shared goal that the participants in the [Covid-19 vaccine] study are representative of the communities at highest risk for COVID-19 and of our diverse society.”

He said recently Moderna has recently taken “significant action” to recruit minorities to their study.

“They are very actively seeking solutions so they don’t wind up with a cohort that is too young, too low risk, and frankly too White,” Michael said. “I think this issue is getting the attention it needs and gotten it very quickly,” Michael said.

But so far the effort hasn’t been very successful.

A Moderna investigator recently reached out to Renee Mahaffey Harris, president of The Center for Closing the Health Gap in Cincinnati, asking for help in recruiting minorities into the trial. She still has not met with the researcher, nor has she put information about the trials on Covid19communityresources.com, a website run by her group, the National Association for the Advancement of Colored People, and other organizations.

“When we Black people hear ‘clinical trials,’ we think ‘We’re not going to be researched on’ — and that’s across economic status and across educational status, not just one sector,” Harris said.

Dana Vigue contributed to this story.