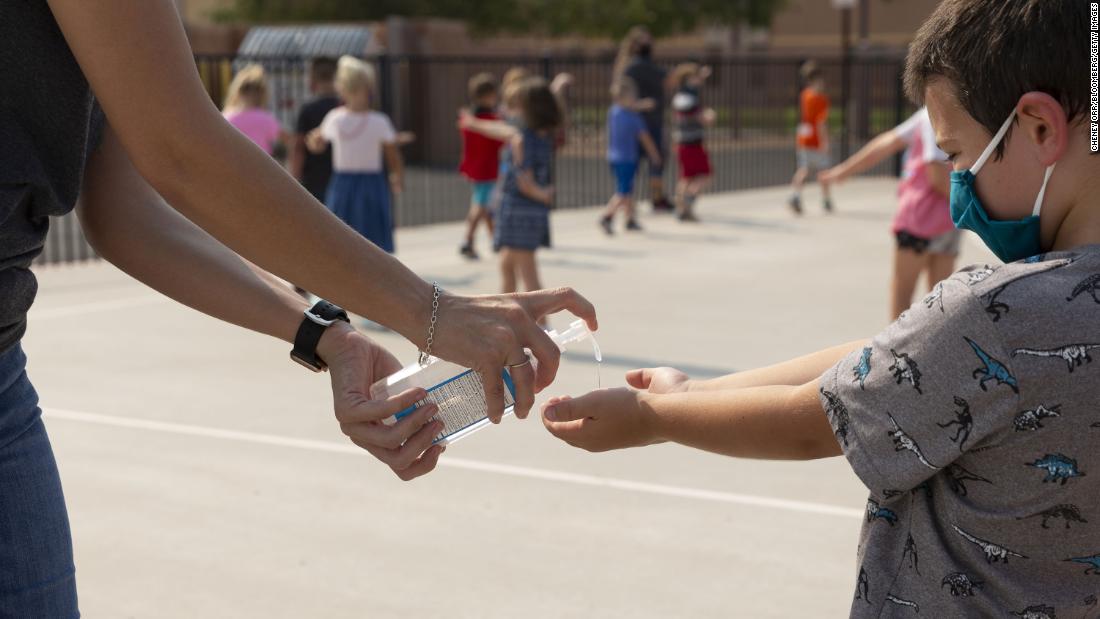 “The agency has discovered that some hand sanitizers are being packaged in beer cans, children’s food pouches, water bottles, juice bottles and vodka bottles,” a news release from the agency said. “Additionally, the FDA has found hand sanitizers that contain food flavors, such as chocolate or raspberry.”

The FDA received a report of a consumer who bought what they thought was drinking water but was actually hand sanitizer, the release said. There was also a report of a hand sanitizer product that used children’s cartoons in marketing that came in a pouch that resembled a snack

“I am increasingly concerned about hand sanitizer being packaged to appear to be consumable products, such as baby food or beverages. These products could confuse consumers into accidentally ingesting a potentially deadly product. It’s dangerous to add scents with food flavors to hand sanitizers which children could think smells like food, eat and get alcohol poisoning,” FDA Commissioner Dr. Stephen Hahn said in the release.

Hahn said that manufacturers should be vigilant about the packaging and marketing of hand sanitizers in food or drink packages, so that any potential inadvertent use by consumers can be mitigated.

The FDA will continue to monitor these products and take appropriate action where needed, Hahn said.

Hand sanitizer can be toxic when ingested and even a small amount can be potentially lethal to a young child.

Stay away from methanol

The FDA has continued to warn consumers and health care workers not to use hand sanitizers containing methanol or wood alcohol, which is often used to create fuel and antifreeze and can be toxic.

Recently, people have gotten sick and died after swallowing hand sanitizer containing methanol, the US Centers for Disease Control and Prevention reported earlier this month. Four people died and others have suffered impaired vision or seizures, the CDC said.

While hand sanitizer is useful for cleaning one’s hands during the coronavirus pandemic, it’s not safe to swallow, the CDC cautioned. “Alcohol-based hand sanitizer products should never be ingested,” the CDC said in an August 14 report.
The FDA also placed those products on an “import alert” to prevent them from entering the United States.