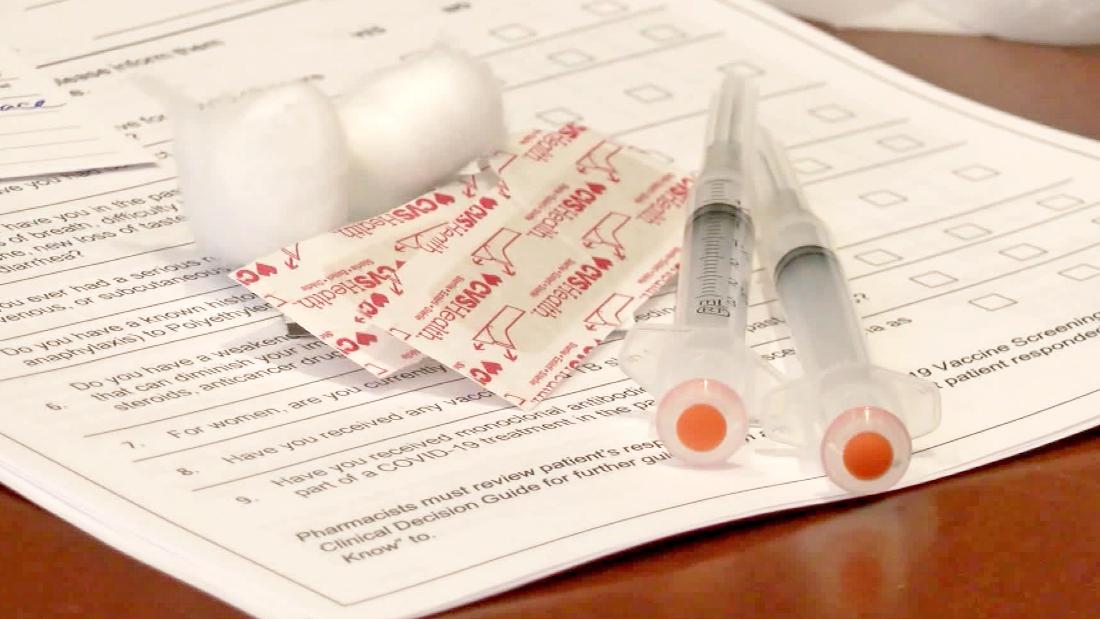 They also dismissed other ideas for stretching the vaccine supply and said people who are speculating about the possibility of making do with just one dose or cutting doses in half are misinterpreting the data.

“We have been following the discussions and news reports about reducing the number of doses, extending the length of time between doses, changing the dose (half-dose), or mixing and matching vaccines in order to immunize more people against COVID-19,” FDA Commissioner Dr. Stephen Hahn and Dr. Peter Marks, who heads FDA’s vaccine division, said in a statement.

“These are all reasonable questions to consider and evaluate in clinical trials. However, at this time, suggesting changes to the FDA-authorized dosing or schedules of these vaccines is premature and not rooted solidly in the available evidence. Without appropriate data supporting such changes in vaccine administration, we run a significant risk of placing public health at risk, undermining the historic vaccination efforts to protect the population from COVID-19,” they added.

Operation Warp Speed’s top adviser, Moncef Slaoui, told CNN Sunday that the FDA would consider giving half-doses of Moderna’s Covid-19 vaccine to people 18 to 55 — which could make the vaccine available to twice as many people in this age group.

Slaoui said earlier data show that the vaccine appeared to elicit effective antibody responses among volunteers under age 55 who received either the full 100-microgram dose or a half dose. While an FDA briefing document last month also references these “comparable” immune responses from Moderna’s phase 2 study, the full data have not yet been published.

But Marks and Hahn said these findings covered only a very few people who were not followed for long to see if their immune responses held up over time.

“What we have seen is that the data in the firms’ submissions regarding the first dose is commonly being misinterpreted. In the phase 3 trials, 98% of participants in the Pfizer-BioNTech trial and 92% of participants in the Moderna trial received two doses of the vaccine at either a three- or four-week interval, respectively,” they wrote.

“Those participants who did not receive two vaccine doses at either a three-or four-week interval were generally only followed for a short period of time, such that we cannot conclude anything definitive about the depth or duration of protection after a single dose of vaccine from the single dose percentages reported by the companies.”

British officials have said they will allow more than 21 days between doses of Pfizer’s vaccines and would consider allowing people to get vaccinated with two different vaccines. Hahn and Marks dismissed these ideas for the US.

It’s understandable that people may want to stretch the vaccine supply, they said. But it’s not advisable.

“If people do not truly know how protective a vaccine is, there is the potential for harm because they may assume that they are fully protected when they are not, and accordingly, alter their behavior to take unnecessary risks,” they said.

Dr. Paul Offit, an infectious disease specialist at the University of Pennsylvania, told CNN he thought cutting vaccine doses in half was a bad idea.

“There’s no data on efficacy of a half dose. If you use a half dose, you’re just making it up. You’re just hoping that you’re right,”added Offit, a member of the FDA’s Vaccines and Related Biological Products Advisory Committee. “Why would you dare to make up something when you don’t know whether or not it works?”

Dr. Arnold Monto, who was acting chair of the committee during the meetings last month to consider Moderna’s and Pfizer’s vaccine applications, told CNN Monday that cutting the dose would be out of the ordinary. “This would be a very unusual step, given the fact that this was not studied in Phase 3, but emergency use is also a very unusual step,” said Monto, a professor of epidemiology at the University of Michigan.