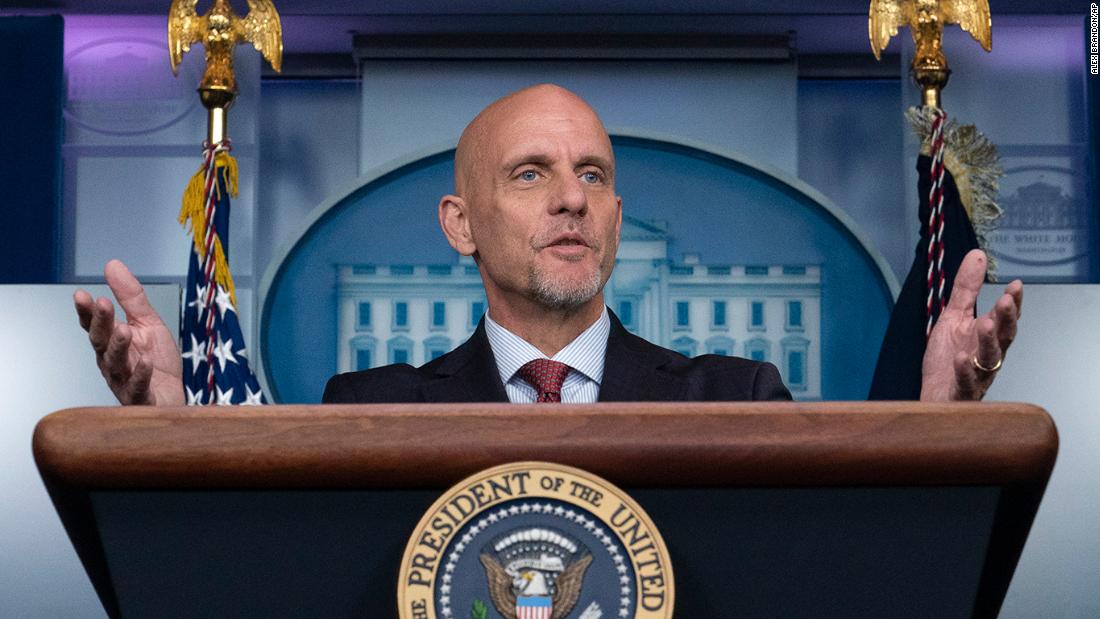 “I can tell you, our decision at FDA will not be made on any other criteria than the science and data associated with these clinical trials,” Dr. Stephen Hahn told CBS.

Health officials and the public have expressed concern that the desire to have a vaccine to control the coronavirus pandemic that has infected more than 6 million people in the US could rush the development process with a less safe and effective result. One emergency physician said shortcuts in vaccine approval would be a “slippery slope.”

“We initially heard Dr. Hahn saying we need to wait until all the trials are in,” Dr. Leana Wen told CNN’s Brianna Keilar on Monday. “Then we heard him say, well maybe we can do emergency use authorization right after Phase 3, and now we’re hearing that we don’t even need to wait until Phase 3 trials are complete.”

Hahn said that his statement last week that a vaccine could be made available through an emergency use authorization before election day was not made under pressure.

“We will not make that decision on the basis of politics. That’s a promise,” he said.

Health officials have said it is more reasonable to expect any of the three vaccines in Phase 3 trials in the US to be available in early 2021.

Vaccines by Moderna and Pfitzer/BioNTech have been in the late-scale trails, and drugmaker AstraZeneca started Phase 3 on Monday.

The company said it is recruiting up to 30,000 adults from “diverse racial, ethnic and geographic groups” who are at an increased risk for the virus and are healthy or have stable underlying conditions to receive two active or placebo doses four weeks apart.

Paul Mango, deputy chief of staff for policy at the US Department of Health and Human Services, said any eventual approval of a Covid-19 vaccine would be the same as for any vaccine.

“There is a thing called a Data Safety Monitoring Board, an independent body that is assigned to each clinical trial,” Mango told reporters Friday.

World Health Organization officials on Monday cautioned that emergency use authorization of vaccines should not be taken lightly by regulators like the FDA.

“The emergency use authorization or licensing is something that has to be done with a great deal of seriousness and reflection,” WHO chief scientist Dr. Soumya Swaminathan said during a news briefing.

Public skepticism could make a vaccine a moot point

Health officials in the US have to leap over the hurdle of public distrust if any vaccine is going to be effective.

A poll conducted by Ipsos for the World Economic Forum showed that 74% of people surveyed globally would be willing to get a coronavirus vaccine if one were to come out.

But that number is not high enough, Arnaud Bernaert, Head of Shaping the Future of Health and Healthcare at the World Economic Forum, said in a statement.

“The 26% shortfall in vaccine confidence is significant enough to compromise the effectiveness of rolling out a COVID-19 vaccine,” the statement said.

In the US, that shortfall is even greater: a CNN poll from August indicated 40% of Americans wouldn’t get a Covid-19 vaccine, even if it’s free and easy to access.

Part of the problem is public skepticism of the FDA after the agency’s premature authorization of hydroxychloroquine and convalescent plasma therapy, said Dr. Rochelle Walensky, chief of infectious diseases at Massachusetts General Hospital.

Both hydroxychloroquine and convalescent plasma therapy have been touted by President Donald Trump, who appointed the FDA commissioner.

“The problem is both with hydroxychloroquine and with the convalescent plasma, we saw a real politicization of that scientific debate in a way that I think has all of us concerned,” said Dr. Ashish Jha, director of the Harvard Global Health Institute.

Warnings for a holiday weekend

While coronavirus numbers have improved in many states, several officials are extending public gathering restrictions ahead of the Labor Day weekend.

Georgia is seeing the state’s lowest number of hospitalizations since July 6, and cases reported Sunday were their lowest since June 22, Gov. Brian Kemp’s office said. However, Kemp extended limitations including banning public gatherings of 50 people or more unless they can maintain six feet of separation through September 15.

And Mississippi Gov. Tate Reeves also extended mitigation orders, though he changed the number of spectators at school sports and extracurricular events to 25%.

The positivity rate in Houston has decreased from 9.2% a week ago to 7.8%, Mayor Sylvester Turner said. But he warned the public not to repeat the complacency that resulted in outbreaks after Memorial Day and Fourth of July weekends.

“As we approach Labor Day, let me encourage people to be mindful. The virus is still looking for you. And so, if you come together then you will give it a home,” Sylvester said.