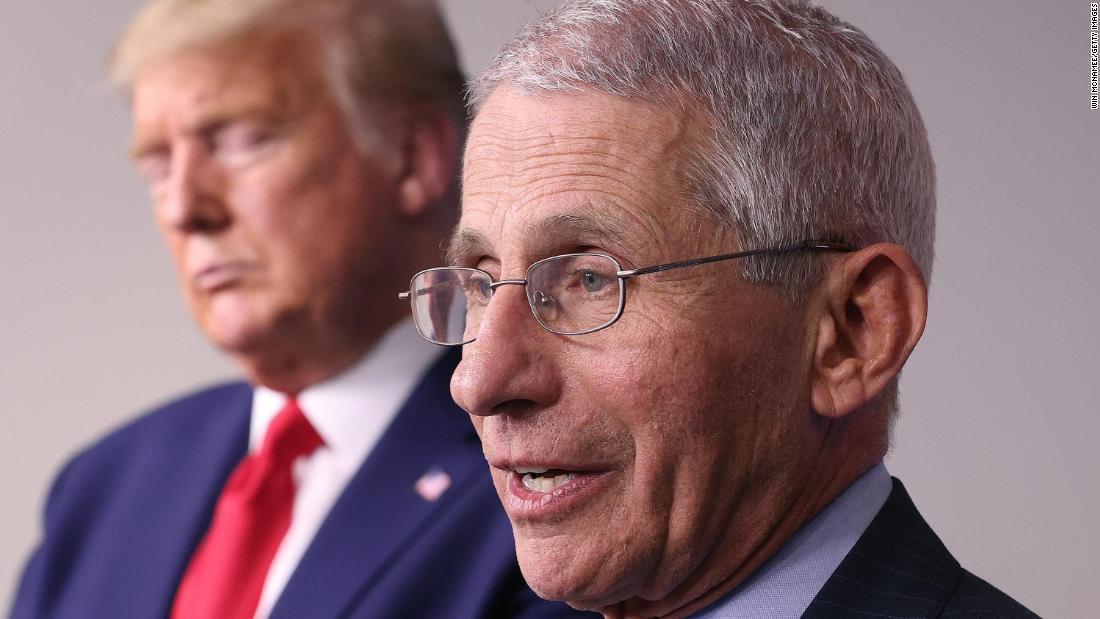 “I’m an apolitical person,” Fauci told O’Donnell. “It’s pretty tough walking a tightrope while trying to get your message out and people are trying to pit you against the president.”

“It’s very stressful,” the director of the National Institute of Allergy and Infectious Diseases said in the wide-ranging and revealing interview that included his wife, bioethicist Dr. Christine Grady.

Fauci was targeted by the White House this week when unnamed staffers released so-called “opposition research” on the doctor to reporters on Monday listing perceived errors in Fauci’s response to the coronavirus pandemic. Then top White House trade adviser Peter Navarro openly attacked Fauci Tuesday in an op-ed in USA Today. “”Dr. Anthony Fauci has a good bedside manner with the public, but he has been wrong about everything I have interacted with him on,” Navarro wrote in the op-ed.
President Donald Trump, meanwhile, has said he has “a very good” relationship with Fauci, who has not met with the president in more than a month.

Fauci, for the most part, agreed with that assessment.

“You know, it’s complicated. Because in some respects I have a very good relationship with him. During the times that I was seeing him a fair amount, it was quite a collegial relationship. And in many respects, it probably still is, but I don’t see him very much anymore,” he said.

After weeks of Trump saying the pandemic is under control as it resurges in parts of the country, filling hospitals to near capacity and forcing states to rollback reopenings, Fauci has consistently warned of increasing case numbers and urged Americans to take the resurgence seriously, contradicting the president’s statements on the deadly virus a number of times.

But he told O’Donnell he’s not worried about losing his job.

“I don’t see any termination within the near future because I judge [my career] by my energy and my effectiveness. And right now, with all due modesty, I think I’m pretty effective,” he said.

“I certainly am energetic. And I think everybody thinks I’m doing more than an outstanding job. I have a wife with incredibly good judgment, who will probably give me the signal when it’s time to step down. But I don’t think we’re anywhere near that right now,” the 79-year-old Fauci said.

The president can’t fire Fauci from his NIAID job, but the doctor said he’s willing to step down from the White House coronavirus task force, if Trump asked him to.

In several candid moments, Fauci and Grady talked about their personal life, including how they met in 1983 at the National Institutes of Health while treating a patient, fell in love, got married two years later and had three daughters.

Grady said when Fauci first called her into to his office after the patient visit, she was fearful he was going to fire her. Instead, he asked her out to dinner.

“Cause it was love at first sight,” Fauci laughed. “She was intelligent, beautiful, spoke multiple languages, and she had a very wonderful bedside manner. I immediately said, “That’s a good start, so I have to go out with her.”

The couple told O’Donnell they walk every day to keep in shape and their favorite meal is pasta with a glass of wine.

“My proudest achievement is probably my kids,” he said. “And I’m also proud of what I’ve done at work. I’ve come a long way in terms of my career.”

Fauci has worked in public health for the past 40 years and advised six presidents on domestic and global health issues.