Fatherhood and the pandemic: How men are stepping up with child care 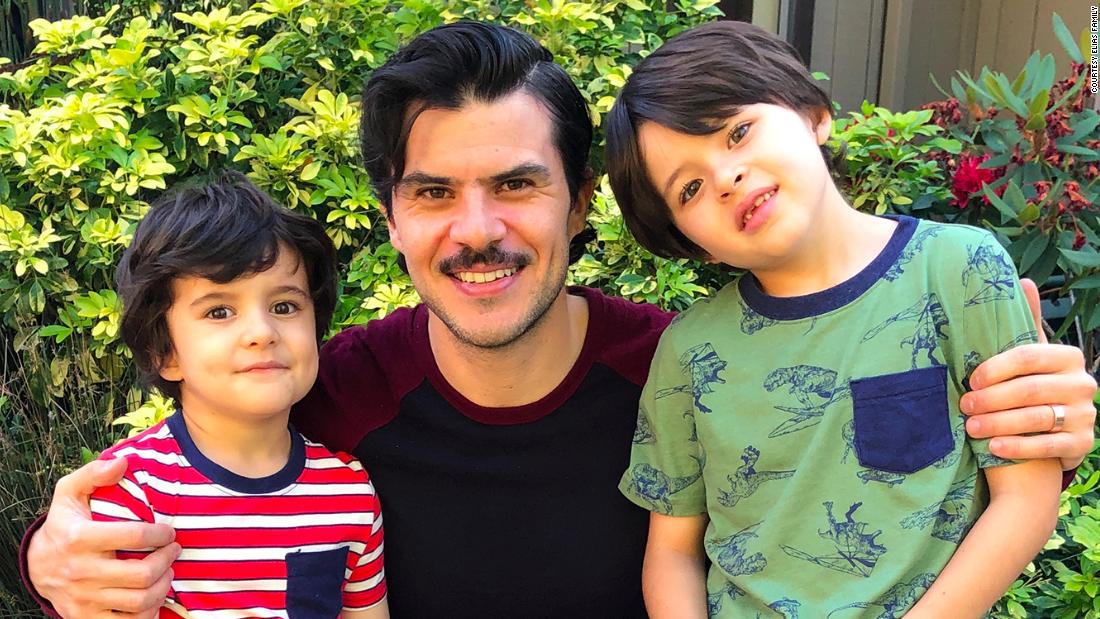 “I’m suffering from guilt. It’s a new feeling, and I have it all the time,” Elias said about the pressure to make sure his sons, 4 and 7, are being adequately stimulated during the day. “It’s hard. My brain is split, my attention is going in so many directions at once.”

For many dads, this Father’s Day will be different. Sure, they’ve always loved their kids and valued being a parent. But never before have so many fathers spent so much time deep in the parenting trenches.

Before the pandemic, women were already, on average, making less than men and doing more unpaid household labor — even when both parents had full-time jobs.

But — and here’s the good news — the shelter-in-place laws have led to dads doing more than ever around the house. Some experts believe this could be a watershed moment for gender equality in the home.

Correcting the gender imbalance at home

Over the past 50 years, fathers have, bit by bit, become more engaged parents.

Today’s dads do roughly three times as much child care, and more than two times as much housework as fathers did in 1965. Also, the majority of dads say they value gender equality in the home and want to spend more time with their kids.

Still, we’re far from equity around the house, and women suffer for it. Mothers are penalized at work thanks to the assumption that they, and not their male partners if they have one, will be sidetracked by domestic responsibilities.
Also, paternity leave, paid or unpaid, remains rare, and even when fathers are offered it they don’t take it. This is despite evidence that paternity leave leads to dads being more involved fathers in the long run, and more equitably dividing chores with their partners.

This is as cultural as it is structural, and those two pieces are chicken and the egg. We lack policies — at least in the United States — that allow parents to share work more equitably because the people don’t demand them, and people can’t embrace more equitable sharing because the policies don’t allow them.

“Men are torn between the breadwinning role and parenting,” said Daniel L. Carlson, assistant professor of family and consumer studies at the University of Utah.

“We know that most women say they won’t marry a man who won’t be a breadwinner. But then the men also want to be involved dads. Then at the workplace, they’re expected to be only the breadwinner with no other responsibilities and, when push comes to shove, work wins.”

Sometimes, big shifts require an external tipping point, and Carlson and other experts believed Covid-19 might provide just that when it comes to men reconciling their work and family lives.

A recent survey conducted by Carlson and colleagues found that, according to both men and women, men are doing more child care and housework during the pandemic than they did before.
This research is consistent with findings from Harvard University as well as internatinal studies from Canada, Turkey, the Netherlands and elsewhere. According to the Harvard study, 68% of dads said they report feeling closer or much closer to their children since the pandemic, and 57% percent said they are appreciating their children more.
Also, a recent study from New America based on data collected before the pandemic found that fathers today want to be emotionally connected to their children. In the survey, more fathers rated “showing love and affection” and “teaching the child about life” as “very important” rather than being the breadwinner.

“The hope is that even when we go back to a pre-pandemic situation, men will continue doing more around the house. We know this is the case when men take parental leave and are home when their babies are born. They maintain high levels of involvement [with their families] when they go back to work,” Carlson said.

For many dads, the pandemic has given them a chance to think more deeply about how they engage with their children, and ways in which they might do it better.

Gupta’s son has Down syndrome, and, until recently, his wife has led the effort to make sure their son is developing as best as he can through educational exercises and therapies. But now, Gupta is taking more of that on, through research and engagement with his son.

Titan Alon, assistant professor of economics at University of California, San Diego, said that the pandemic will also likely lead to structural changes at work that will make dads’ deeper engagement with family life possible.

“What we expect culturally, and what the economics of the day require, are linked,” Alon said. “The old norms and models [of work] don’t work in the modern economic environment.”

The pandemic will lead to a rise in flexible work arrangements, which are more common in other countries, Alon believed. While businesses have been slowly moving in this direction for a long time, the pandemic has forced them to both smooth out the kinks and fine-tune the technology to make it functional. Just as importantly, employees and bosses are getting used to it, and Alon suspected that this newfound comfort with working from home will change how we work moving forward.

A shift to working from home helps us move toward gender equality in two ways: Moms will more easily be able to simultaneously manage work and family responsibilities, and dads will have more flexibility and therefore be able to take on more family responsibilities. Also, as more employees expect it, more employers will feel compelled to offer it in order to remain competitive.

Fathers are learning to open up

Then there’s the shift in optics. Before the pandemic, many dads would avoid speaking about their families in front of their bosses and colleagues, lest it made them seem less reliable. But now, with toddlers crashing Zoom meetings, and deadlines planned around nap and TV time, the cat is officially out of the bag.

This is particularly the case for the husbands of the essential workers, the majority of which are women. In 9% of households, Mom is out of the house, and Dad is home where he is, likely, running the show when it comes to child care. It’s a minority, sure, but a not insignificant one representing millions of households.

“Seeing all these fathers taking care of their children is bursting our public image of what it means to be a working father,” Alon said.

In addition to opening up about fatherhood in the workplace, dads are also learning how to open up to their peers.

For Stephen Dypiangco, co-founder of Dadventures, the pandemic has led to opportunities for men to share their feelings about fatherhood.

At the beginning of the pandemic, Dypiangco started a text group with dad friends to talk about the new reality. It began with one dad asking when school ended, and then another dad answering, and took off from there.

Dypiangco believed that male isolation, and men’s inability to be vulnerable with one another, is one of the reasons dads do less parenting.

Dads don’t feel as comfortable as women admitting that they are exhausted or scared, and therefore aren’t able to work through the complicated feelings that come with parenting. He said dads need more opportunities to explore themselves as parents, which will give them permission to let go.

“There’s been so much out there for moms, Facebook groups and more to talk about parenting … and basically nothing for dads,” he said. It’s a problem he hopes to help fix, one pandemic dad group text at a time.

Elissa Strauss is a regular contributor to CNN, where she writes about the politics and culture of parenthood. She is writing a book about the power of caring for others for Simon & Schuster. Her work has appeared in the New York Times, Slate, Glamour and Parents. Follow her on Twitter @elissaavery.