Experts predicted a coronavirus pandemic years ago. Now it’s playing out before our eyes. 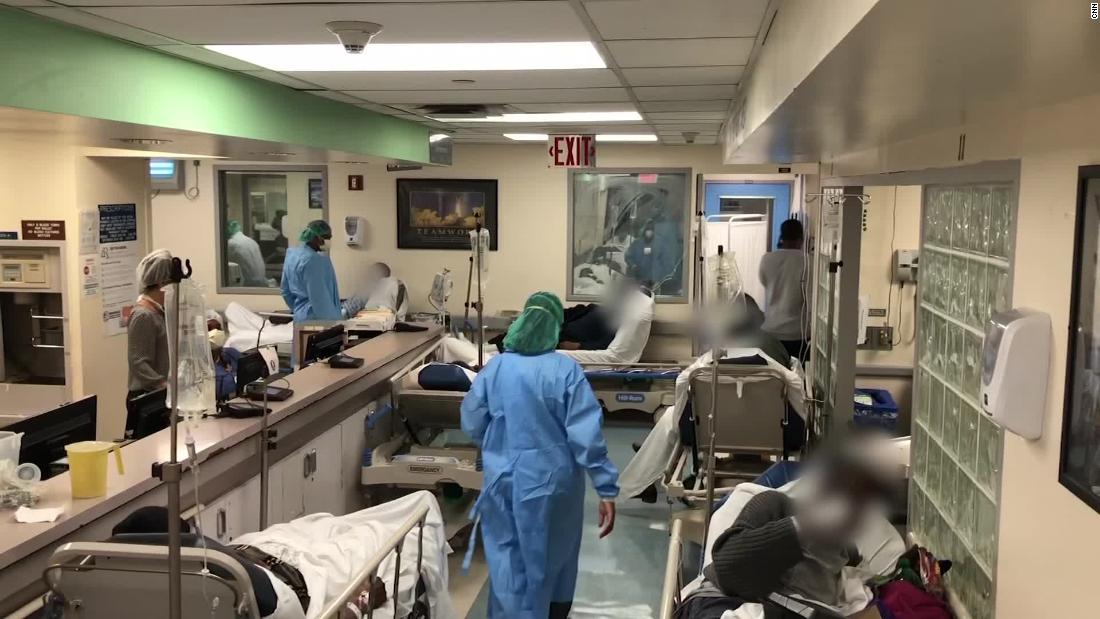 A few American travelers returning from Asia die of an unknown, influenza-like illness. The Centers for Disease Control and Prevention confirms the victims were infected with a novel coronavirus, SPARS-CoV.

Nothing is known about this novel coronavirus. There is no rapid diagnostic test. There are no known treatments. And there is no vaccine.

It’s not long before the SPARS outbreak erupts into a global pandemic.

The CDC finds SPARS is transmitted through respiratory droplets and recommends that everyone practice hand hygiene and frequently disinfect surfaces. Experts learn that SPARS has a long incubation period– 7 to 10 days– and that it can be spread by asymptomatic carriers. Pregnant women and those with underlying conditions like asthma and emphysema are at a higher risk for complications and death. The WHO begins to recommend social distancing and isolation of suspected cases.

There is hope that an existing antiviral drug could help treat SPARS, but there have been no randomized controlled trials. The US Food and Drug Administration issues an Emergency Use Authorization for this drug to treat SPARS patients. Soon, there is high public demand for the drug and millions of doses are dispensed from the Strategic National Stockpile. However, it soon becomes apparent that the drug can cause serious side effects.

Things become political. Republicans voice their support of the drug while Democrats express doubt. America is more connected yet more divided than ever. Rumors and misinformation regarding the virus and potential treatments circulate on social media. The economy takes a hit as the pandemic drags on. Within a year, a potential vaccine begins expedited review and there are promises that tens of millions of doses will be available within a few months. But of the hundreds of millions of people living in the US, who will get the vaccine first?

Communication in the time of Covid-19

Reading the SPARS Pandemic Scenario is like reading an account of the Covid-19 pandemic. But the scenario wasn’t an attempt to predict the future. Rather, it was meant to illustrate a broad range of serious challenges that public health communicators might face. The hope was that by working through these challenges as part of a training exercise, federal, state and local agencies would be well prepared to respond to a similar scenario in the future.

That future is now. But many of the public health pitfalls meant to serve as teaching tools seem to have played out before our eyes.

During this pandemic, the Trump administration has at times undermined its own effort at clear and transparent communication by issuing contradictory public health recommendations and messaging — for example the tug of war over the use of face masks, the hype surrounding hydroxychloroquine and, most recently, unclear guidance about testing people exposed to the coronavirus but showing no symptoms.

And the subsequent confusion has consequences.

“Every week they change how you can catch this, how you can’t. First to wear a mask, then not to wear a mask. Then a certain kind of mask. And how it spreads. It’s on a surface, then it [can] be in the air for 10 days. People are confused. I’m confused,” Jones told CNN’s Brianna Keilar in late July.

In fact, a poll from June found that only about half of Americans were wearing a mask every time they left their homes despite a growing body of medical research that indicates masks can save thousands of lives.
From wearing a mask, to the degree of asymptomatic spread, to the danger of airborne virus particles, the communication of new scientific insights has frequently led to more confusion than clarity.

“You’re dealing with something that is that unknown and where the information is changing so quickly,” Li-Vollmer told CNN. “All the experts are having to learn as it happens.” They need to say that, she added.

“It was really important to let people know that we’re still learning.”

The need to invest in preparedness

Dr. Monica Schoch-Spana, the SPARS Pandemic Scenario project team lead at the Johns Hopkins Center for Health Security, lamented the role of public health communication is often taken for granted. She told CNN that “communications work in public health has typically been seen as ancillary to the ‘real’ work of outbreak containment.”

“Thus, those responsible for public communication and community engagement often struggle to be recognized for the essential role they play in mitigating the adverse effects of a disease outbreak including illness and death, but also stigma, trauma, public distrust, and social fragmentation” she said.

President Trump has frequently indicated that he isn’t aware that preparedness resources exist. He has called the Covid-19 pandemic “something that nobody has ever thought could happen to this country.”

The experts who wrote the SPARS Pandemic Scenario might beg to differ.

“Good resources for preparedness exist,” Schoch-Spana told CNN. “Undermining the Covid-19 response by the US government was a lack of good crisis leadership at the very top, dismissal of the already existing readiness and response expertise within the key agencies, and the substitution of science and long-term public health outcomes by politics and short-term thinking.”

The Trump Administration has dismissed but also dismantled one of these key agencies — the National Security Council Directorate for Global Health Security and Biodefense. The unit was established after the 2014-2016 Ebola epidemic in West Africa to prepare for the next inevitable disease outbreak and prevent it from becoming an epidemic or pandemic.

Federal deprioritization of public health preparedness and response has made it increasingly difficult for public health communicators to carry out their important work; diminishing federal funding has jeopardized access to key preparedness resources like the SPARS Pandemic Scenario.

In 2008, Li-Vollmer and her team had the funding to participate in a week-long pandemic flu training exercise. They gained crucial practice building field hospitals, setting up media briefings and responding as if a pandemic were really happening.

They also laid the foundation for important relationships with other health departments that they would rely upon when an actual pandemic flu struck just one year later.

“When the H1N1 pandemic happened — it happened a year after we did that week-long exercise — and it really felt like: OK, we know what to do,” said Li-Vollmer. “We felt very well prepared because we’d actually physically gone through the steps of it. But that kind of ability to do those kinds of big exercises—that funding went away some years ago.”

Li-Vollmer says her team of emergency experts has been cut by more than half since the H1N1 pandemic, and lack of federal funding has undermined the ability of her county health department to access crucial training resources.

Reflecting on what she has learned over the course of this pandemic, Li-Vollmer says the only thing she would have asked for is more federal funding so that her team could have greater access to training exercises like the SPARS Pandemic Scenario.

There are countless lessons to be learned from the real-world Covid-19 pandemic. Among them is the importance of remaining vigilant about public health preparedness even while the threat of a pandemic seems like a distant, hypothetical possibility.

Dr. Anthony Fauci, director of the National Institute of Allergy and Infectious Diseases, commented during a recent discussion with the TB Alliance on the difficulty of retaining support for a sustained commitment to pandemic preparedness when we’re not currently in the midst of an outbreak.

“Emerging infections will continue to occur long after we’re all gone, Fauci said. “So let’s prepare for them.”