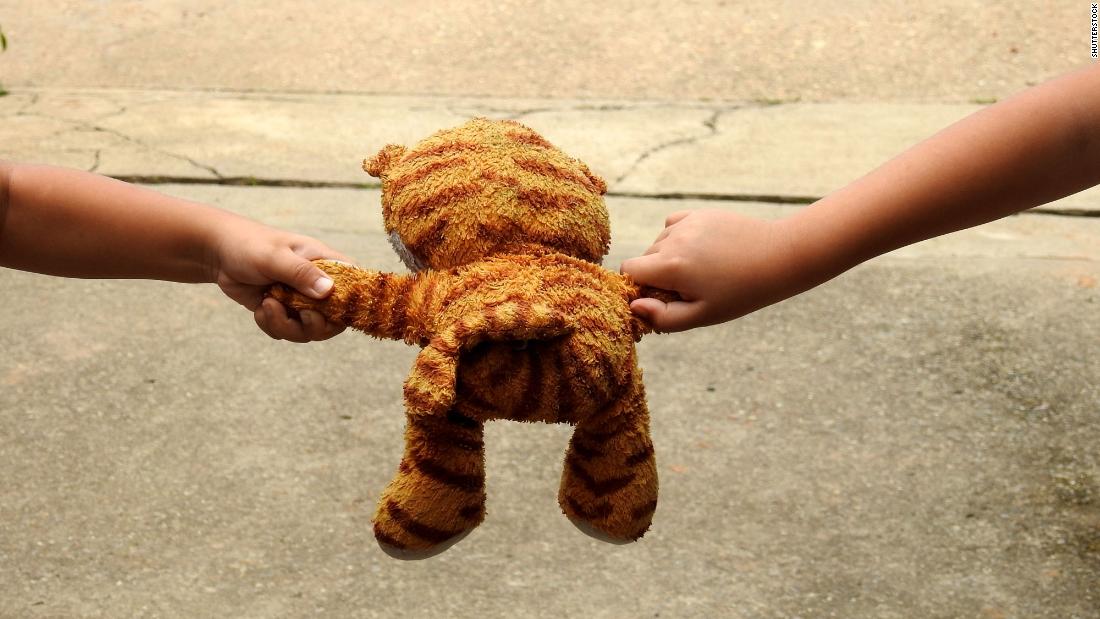 Like a canary in a coal mine, children are often the first to respond negatively to any strain on the family unit — so parents, don’t be surprised if your children are already fussing and fighting at levels well above their normal sibling squabbles.

“Sometimes parents feel like, ‘Oh my God, like, how could you guys be having this argument right now? Like right now when I’m in this moment of, like, panic about the coronavirus? What is wrong with you?’ ” said pediatrician Dr. Jenny Radesky, a spokesperson for the American Academy of Pediatrics.

Here at CNN, many of us are parents too. Just like you, we are staring in shock and awe at our children as their tempers explode. Just like you, we need parenting advice as we try to work from home and juggle homeschooling, meal prep and family dynamics while worrying what to do when the toilet paper runs out.

That’s why we reached out to top experts on child development to ask them this simple question for us all: “Please, can you help?”

Take your own emotional temperature

“First of all, if parents are acting stressed and anxious and fighting, the kids are going to do that too,” said pediatrician Dr. Tanya Altmann, editor-in-chief of the American Academy of Pediatrics’ book “Caring for Your Baby and Young Child: Birth to Age 5 and The Wonder Years.”

“The first thing is to take a look at how you’re behaving as parents in your house,” Altmann said. “A lot of times when a household is chaotic, it’s because of what’s coming from the parents.”

What if you’re not aware of being outwardly anxious?

“Check in with your body,” suggests Radesky, an assistant professor of pediatrics at the University of Michigan with a pediatric sub-specialty in childhood developmental behavior.

“These are all the ways stress affects our body’s systems that we may not even be aware of because you get so used to this kind of chronic hypervigilance,” Radesky said.

“Checking in with your emotions and making sure you’re dealing with them in a healthy way will be the first preventative step towards eliminating lots of kid arguments,” she added.

How can you tell if it’s stress that may be driving your child’s negative behavior?

“Are your kids kind of showing their usual stress behaviors?” Radesky asked. “Some kids get really defiant, others get more controlling or repetitive, always wanting to do the same thing the same way. Still other kids get clingy.

“My kids are like, ‘Can we just play video games all day? Let us, like, zone out and not have to think about all this stuff.’ And it’s really tempting to want to just let them zone out. But we have to talk about it at some point each day,” Radesky said.

Kids may be especially concerned how you, the parent, may respond.

“They know that we will be yelling at them a little bit more easily, or start might start nitpicking with things they are doing and reacting strongly,” Radesky said.

“When we’re talking developmentally about kids, they don’t have the internal resources that we do to manage this level of stress and frustration,” said psychologist Vaile Wright​, director of clinical research at the American Psychological Association.

“So that’s how it ends up manifesting itself — in arguments — because they don’t know how else to express what they’re going through,” Wright​ said.

“Parents also need to remember that adult conversations need to be held after kids are in bed and cannot listen, because kids are always listening and aware,” Altmann stressed.

“All of these steps, like parents pausing and self-regulating, and trying to understand what’s driving the kids’ behaviors, are techniques parents have told me in clinical practice really do help,” Radesky added. “It’s just so much harder to access those skills when you are wound really tight with just the panic that’s going around right now.”

Whatever you do, communicate carefully to your kids about the coronavirus, Wright stressed.

“It’s incredibly critical for parents to be honest in their communication, to not lie about how serious this is, but to also model a sense of calm or a sense of resilience during this situation,” she advised. “If you panic, they’re going to panic.”

Dealing with a meltdown

What’s some of the best ways to cope with an escalating outbreak of sibling anger?

“They can take a breather, bring their emotions back down,” Wright said. “Because it’s really hard to have a constructive conversation when your emotions are particularly heightened.”

Use “I” statements: “Then you’d want to have them come back and, very similar to how you would want adults to resolve arguments, you would encourage them to do things like speak in what we call ‘I’ statements. So instead of saying things like, ‘You took my such and such,’ an ‘I’ statement might be, ‘I felt really hurt when I saw that you took such and such,” Wright explained.

In psychology, ‘I’ statements are often used to defuse arguments — and later keep them from starting at all.

“They encourage a child [or adult] to express how they’re feeling,” Wright explained. “And it also makes it less likely for the other person to get defensive, so you are more able to have a constructive back and forth.”

Stay focused on the now: You don’t want to allow the children to bring up things that happened the day before or the week before (as so many of us adults do). Just keep it to the argument or fight of that moment.

Set your children up for success

Now that the argument is handled, it’s time to set up your kids for success by nipping irritations in the bud.

Routine is key: “Kids still need routine, and they need both a level of productive activities and downtime, so making sure that they have a schedule in place that they understand and why it exists is a good way to help reduce these arguments,” Wright said.

“Kids often have aggression towards their siblings because it feels good to them to move their body and push things or kick things to just get all of this nervous or excited energy out,” Radesky said.

“That’s where having some outdoor time, if it’s possible with running or with a little bit of safe parent-child wrestling or other kinds of chasing, can really help,” she said.

“I was letting my son just bang a stick against a fence in our yard. I was like, ‘I’m just gonna let him do that because he’s probably has some built up feelings happening right now.”

Change perspective and offer control: Teach conflict resolution and let the kids have a say too.

“Thinking of someone else’s perspective — sometimes kids need to have that broken down for them and help them understand another person’s point of view,” Radesky said.

“When the conflicts do happen, you help them understand each other’s perspectives and you give them an opportunity to make a solution: “What would you do different next time?’

“Giving kids an opportunity to do some of the collaborative problem solving gives them more of a sense of control,” Radesky said.

Be the voice: Many kids, especially younger kids, don’t have the words they need to make their wishes met. Parents who recognize this can be the “voice” they need, Radesky said.

“I see a lot of arguments take place with kids who just can’t explain their plans to one another,” she said. And they don’t have “either the language or the social skills to negotiate yet or to work out a flexible plan.”

Create cooperation with sibling teams: That’s right: Parents against kids — on board games, card games, soccer in the backyard, you name it. Your kids will love it, and they’ll work together instead of fighting.

“It’s not their fault that they think the other person is an enemy. Sometimes they need to be reminded that they’re on the same team,” Radesky said.

“We had this thing last weekend where one of my kids was going to look at this map of the Legend of Zelda and give the other one tips of where they should go. Then, at dinner they had to say why they were grateful to have a brother.

“We were out in a field, and one of them found a soccer ball, and they were going to play against each other,” Radesky continued.

“No, no, you guys play against me,” she recounted. “I’m going to be goalie, and you have to pass to each other, and we’ll take turns on shooting.’

“You know, I love those moments where they’re all of a sudden giving each other a high five,” she said with a laugh.

Probably the most important thing parents can do to keep peace in the family’s younger ranks is to be kind and caring to each other and themselves, Wright said.

“One of the things parents need to do is take some time for themselves, which I know is hard to do right now,” she said. “But you’re not going to be able to model that resiliency and that strength [for your kids] unless you are also taking care of yourself.”

That might be as simple as walking away for 10 minutes to collect your thoughts or making time for some deep breathing,” she added.

“That might be all the time you get. But taking that time is really critical, so that you can model good behavior for your kids,” Wright said.

There’s another key message for parents too, Radesky said.

Give yourself a break.

“There’s no perfect way to do this,” she stressed. “And you may misjudge sometimes and think, ‘Oh, I’m just gonna ignore that and let them sort it out themselves.’ And other times you may intervene too early. And that’s all okay! This is all just a work in progress.”