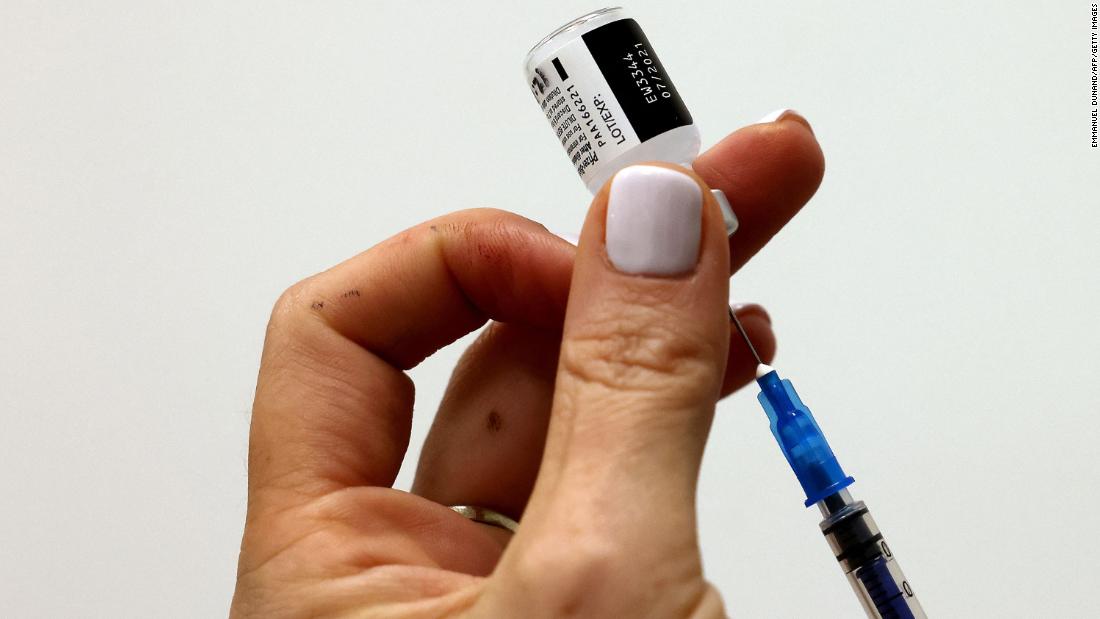 Nine months later, those advisers are meeting to discuss booster shots, and the situation is very different.

It won’t be a slam dunk.

The advisers will also likely debate the very essence of Covid-19 boosters — whether they would work and what they’re even supposed to accomplish in the first place.

“This will be much messier than in December,” said Dr. William Schaffner, an infectious disease specialist at Vanderbilt University. Schaffner has been following the FDA deliberations closely, as he serves as member of an advisory committee to the US Centers for Disease Control and Prevention that will review booster shots if the FDA green lights Pfizer’s application.

To complicate matters, the booster controversy has become political and even somewhat bitter.

Last month, President Joe Biden announced his administration’s intention to start a booster program, even citing a specific timeline: the week of September 20. That earned the ire of scientists who say the President should keep quiet on issues under review by the FDA and CDC.

Two FDA vaccine experts announced plans to leave the agency amid speculation that the President’s announcement was a reason.
Monday, those FDA staffers — two of the agency’s top vaccine experts — co-authored an article stating that the data does not appear to support a need for booster shots for the general public right now. It was a startling move, given that FDA staff usually keep mum publicly about drug and vaccine applications.

Schaffner searched for the right word to explain the entire set of circumstances around Friday’s meeting.

Are boosters even needed?

The panel that will meet Friday — formally called the FDA’s Vaccines and Related Biological Products Advisory Committee — is an august group made up mostly of academic researchers. They advise the FDA on whether to approve vaccines and certain new drugs, and typically, the agency takes their advice.

One of their first questions will likely be: Do we even need boosters in the first place? Maybe two shots of Pfizer’s vaccine are enough?

Three separate articles published last week in the CDC’s Morbidity and Mortality Weekly Report suggest that the US does not need boosters.

All three studies essentially concluded that well into the summer, the two doses did a good job of keeping people from ending up in the hospital with Covid-19. One study looked at data from 13 states and counties, another looked at data from nine states, and the third looked at data from five Veterans Affairs medical centers.
In that same vein, a study in Qatar found that protection against hospitalization and death persists for at least six months after the second dose.
On the other hand, an Israeli study found that over time, the vaccines’ power to keep people from getting very sick with Covid-19 diminished. Looking at illnesses in the second half of July, that study found that those who’d received their second dose of Pfizer’s vaccine in March were 70% more protected against severe disease than those who received the second shot in January.

On Friday, expect lots of wonky debate about the strengths and weaknesses of each of those studies.

“There are several sources of data we’re using to make this decision, and they are just different from each other,” said Dr. Eric Rubin, a member of the advisory committee and an infectious disease expert at Harvard. “Some are better than others, and each asked different questions, so there are lots of apples to oranges comparisons going into this.”

An FDA briefing document posted ahead of Friday’s meeting does not include a recommendation about whether Pfizer boosters are warranted for the general population. The document says the expected benefits of boosters depend on the impact they could have in reducing disease relative to the current two-dose series.

“If the primary series of COMIRNATY is still effective in preventing important COVID-19-related outcomes, then the benefit of booster vaccination is likely to be more limited than if effectiveness following the primary series has waned substantially,” the briefing document says, referring to the Pfizer vaccine’s brand name.

What is the best metric to consider?

On Friday, there’s sure to be discussion about what metric the advisers ought to be looking at to determine if the US should start giving booster shots.

So far, it’s the Israelis who have found that, over time, two doses of the vaccine lost some of their ability to keep people out of the hospital with Covid-19, and that a third dose is needed.

But some might doubt the Israeli finding, since the US and Qatari studies did not reach that same conclusion.

US and Qatari studies did find that over time, two doses lost some of their ability to protect against infection. There have been so many “breakthrough” infections in people who are fully vaccinated that there’s a pretty good chance you know someone who was double-dosed and still caught a mild case of Covid-19.

The Israeli data certainly suggests the answer is yes.

At Friday’s meeting, expect skepticism from some committee members on this point.

Dr. Paul Offit, another member of the advisory committee, said that with many vaccines, including one against rotavirus that he helped invent, people do get infections but don’t end up getting very sick. That is a success, he said.

“The purpose of a vaccine is to keep you out of the hospital and out of the morgue,” he said.

Offit said if Covid-19 infections do portend hospitalizations, then the CDC should show modeling that indicates this is the case.

What is Pfizer expected to say?

At Friday’s meeting, Pfizer is expected to present three types of data.

The first will show that antibodies against Covid-19 declined with time after people received their second dose, and that a third dose about six months later increased antibodies.

That won’t necessarily impress FDA advisers. Offit, an infectious disease specialist at the University of Pennsylvania, argues that antibodies often go down in the months following vaccination, and that other parts of the immune system with better “memory” then kick in to protect against the virus.

The second set of data will be the Israeli study suggesting that over time, two shots of the vaccine stopped being as effective at keeping people out of the hospital.

The third set of data will look at whether giving a third shot helps keep people out of the hospital.

Two countries — Hungary and Israel — have had a major booster program underway. Israel has data showing that people over age 60 who received a booster were more than 10 times less likely to become severely ill with Covid-19.

Israel felt so strongly about a booster program that they didn’t wait for the FDA and the CDC to weigh in on whether it’s a good idea.

“I think there was a different level of urgency felt in the two countries,” said Dr. Ran Balicer, chairman of Israel’s Covid-19 National Expert Advisory Panel. “We could have followed [the FDA] but in the situation that we were at, it was obvious that action was needed urgently. Decisions needed to be made.”

Two Israeli scientists are expected to present data to the advisory meeting Friday.

Friction with the Biden administration

All of this scientific back and forth will happen against the backdrop of friction between committee members and the Biden administration.

Advisers to the FDA told CNN they’re upset that Biden announced a booster program before government scientists reviewed the data.

Schaffner added that the Biden administration’s action came as a surprise to doctors and scientists.

He compared it to when President Donald Trump last year announced that the drug hydroxychloroquine could treat Covid-19 even though no studies had yet been done. Studies then showed Trump was wrong.

What Trump did “profoundly upset people,” Schaffner said, and “it was not anticipated that anything like that would happen in the current administration.”

Rubin, the Harvard infectious disease expert and FDA vaccine adviser, said it won’t matter to him and his colleagues what Biden said.

“I think it’s really important to point out that none of us works directly for the President, and what the President says doesn’t really affect our vote” on the committee, Rubin said. “I feel that very strongly.”

CNN’s Jamie Gumbrecht and Jacqueline Howard contributed to this report.