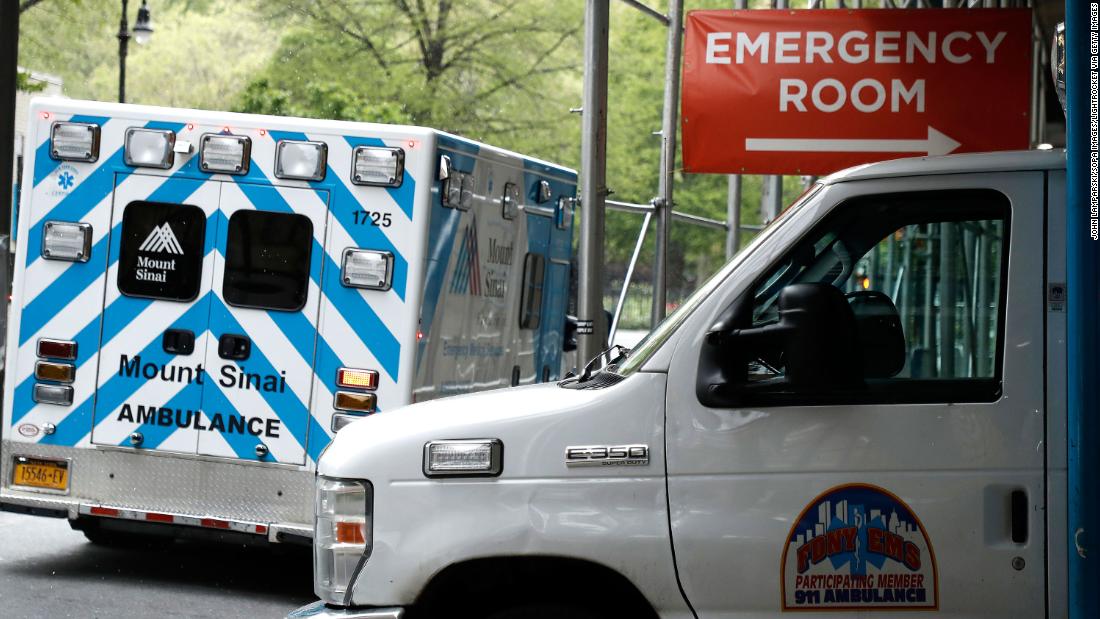 Doctors are referring to the condition that has hospitalized dozens of children as “pediatric multisystem inflammatory syndrome,” and health officials believe it could be linked to coronavirus. Three children have died because of it in New York, Gov. Andrew Cuomo said Saturday.

New York is investigating if the cases contradict the belief that children are less at risk for coronavirus and what other hospitals should look out for, Cuomo said.

Pediatric multisystem inflammatory syndrome doesn’t show the hallmarks of coronavirus in the children who have been diagnosed, Cuomo said. It presents symptoms similar to Kawasaki disease and toxic shock syndrome.

Kawasaki disease causes inflammation in the walls of the arteries and can limit blood flow to the heart. It produces a high temperature lasting over five days, a rash, swollen neck glands, cracked lips, swelling of hands and feet, and redness in both eyes.

Children under age 5 are most commonly affected; and while it can be deadly, it is treatable. Kawasaki is a leading cause of acquired heart disease in the United States, with complications that include coronary artery enlargement and aneurysms, according to the Centers for Disease Control and Prevention.
Toxic shock syndrome, meanwhile, is caused by a toxin produced by some forms of staphylococcus bacteria and involves fever, shock and problems with several body organs, according to the US National Library of Medicine.

The difference in symptoms could be attributed to pediatric multisystem inflammatory syndrome being a second phase of the coronavirus illness, pediatrician Dr. Glenn Budnick said on CNN Newsroom Saturday.

“Your immune system is overreacting to the virus, and because these are inflammatory diseases, this overreaction can cause a Kawasaki-like disease,” Budnick said.

How widespread are the infections?

Most of them tested positive for coronavirus or had positive antibody tests.

Elsewhere, Seattle has reported a case in a healthy teenager who developed shock symptoms that sent him to the intensive care unit, according to CNN affiliate KIRO. A team at Stanford Children’s Hospital in California has also reported a case.

Similar cases have been reported internationally.

A small number of children in the United Kingdom have recently become ill with the rare syndrome that could be linked to coronavirus, pediatric specialists said. Cases like those have been reported in Italy and Spain as well. Abdominal pain, gastrointestinal symptoms and cardiac inflammation are common in those cases, UK experts said.

What are officials saying?

While cases remain only in the dozens, Cuomo is urging vigilance.

“It’s still very much a situation that is developing, but it is a serious situation,” Cuomo said.

New York’s Department of Health is communicating with the CDC and federal officials over the cases, and the CDC has asked the state to develop national criteria so the healthcare professionals around the nation know what to look for, he said.

To understand the situation better, the department of health is working with the New York Genome Center and Rockefeller University to conduct a genome and RNA sequencing study, Cuomo said.

The potential risk for children comes at a time of heightened anxiety as coronavirus has killed more than 78,000 people nationwide.

“We were laboring under the impression that young people were not affected by Covid-19,” Cuomo said. “We’re not so sure that that is the fact anymore.”

CNN Faith Karimi and Jason Hanna contributed to this report.