European Neanderthals ate fresh seafood, which may have given their brains a boost 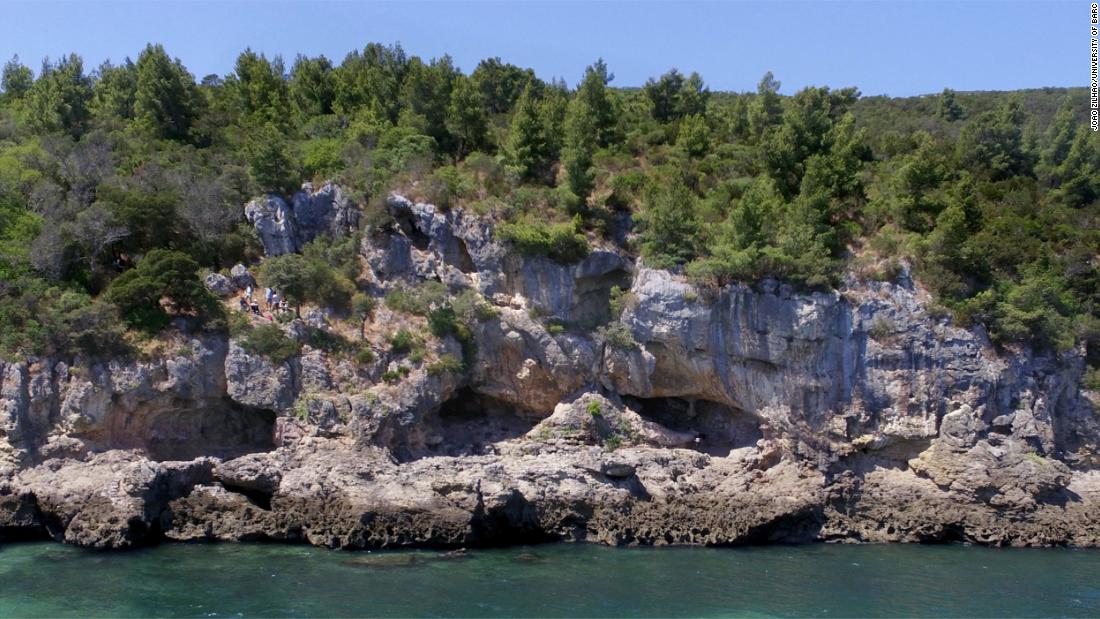 The recent excavation of a cave site along Portugal’s coast revealed a wealth of fossilized remains of food, including fish, birds and mammals. It’s estimated that Neanderthals lived in the cave, known as Figueira Brava, between 86,000 and 106,000 years ago.

The discovery sheds light on Neanderthal populations who relied on the sea as a source of food, in addition to hunting and gathering on land — a much different picture than those who were hunting mammoths in bitterly cold climates.

These Neanderthals enjoyed a diverse diet.

On land, they hunted red deer, goats, horses, tortoises and aurochs, an extinct wild ox. They supplemented with plants like remnants of olive and fig trees as well as pine nuts taken from pine trees.

Neanderthals living in Italy and across the Iberian Peninsula likely would have followed a similar lifestyle with a Mediterranean climate.

The study published Thursday in the journal Science.

In fact, the amount and diversity of marine fossils found in the cave exceeds other more recent sites. This suggests that Neanderthals were comfortable and practiced at catching seafood. Previously, this level of adaptability was only associated with modern humans living in southern Africa at the same time.

“Figueira Brava provides the first record of significant marine resource consumption among Europe’s Neanderthals,” the researchers wrote in the study.

For researchers, it’s another way of narrowing the gap between modern humans and Neanderthals.

Some researchers believe that the introduction of seafood into the diet of early modern humans helped their cognitive development because of Omega-3 fatty acids and other brain-boosting nutrients. That contributed to cultural and technological developments that led them to migrate out of Africa and spread across the globe.

“If this common consumption of marine resources played an important role in the development of cognitive skills, it did so on the entire humanity, including Neanderthals, and not only the African population that spread later,” said João Zilhão, study author and Catalan Institution for Research and Advanced Studies researcher at the University of Barcelona.

In recent years, researchers have uncovered proof that “Neanderthals had a symbolic material culture,” Zilhão said.

Zilhão published a study two years ago about 65,000-year-old cave paintings found in three caves on the Iberian Peninsula that are credited to Neanderthals. This aligns with another discovery of pendants and shells colored with pigments, also thought to be the work of Neanderthals.

“[These findings] support a view on human evolution in which the known fossil variants, such as Neanderthals’ in Europe and its African anatomy contemporaries — more similar to ours — should be understood as remains from our ancestors, not as different higher-lower species,” Zilhão said.

But why has it taken so long to establish that Neanderthals adapted to coastal living? The researchers suggest that it’s because many of the caves they would have used are likely beneath the sea now, due to a rise in sea level over time.

Earlier this year, a separate analysis of clam shells and volcanic rocks from an Italian cave shows that Neanderthals collected shells and pumice from beaches. And due to specific indicators on some of the shells, the researchers also believe Neanderthals waded and dove into the ocean to retrieve shells, meaning they may have been able to swim.

There was evidence that the shells were shaped by stones to make them thin, sharp and resilient. The shells were dated to between 90,000 to 100,000 years ago. This is before the arrival of modern humans in the Western Europe region.

This aligns with evidence from another study suggesting that some Neanderthals suffered from “surfer’s ear,” based on bony growths found on the ears belonging to a few Neanderthal skeletons.