Elderly people and coronavirus: It’s the worst disaster of the pandemic. But WHO chief says our lack of concern shows ‘moral bankruptcy’ 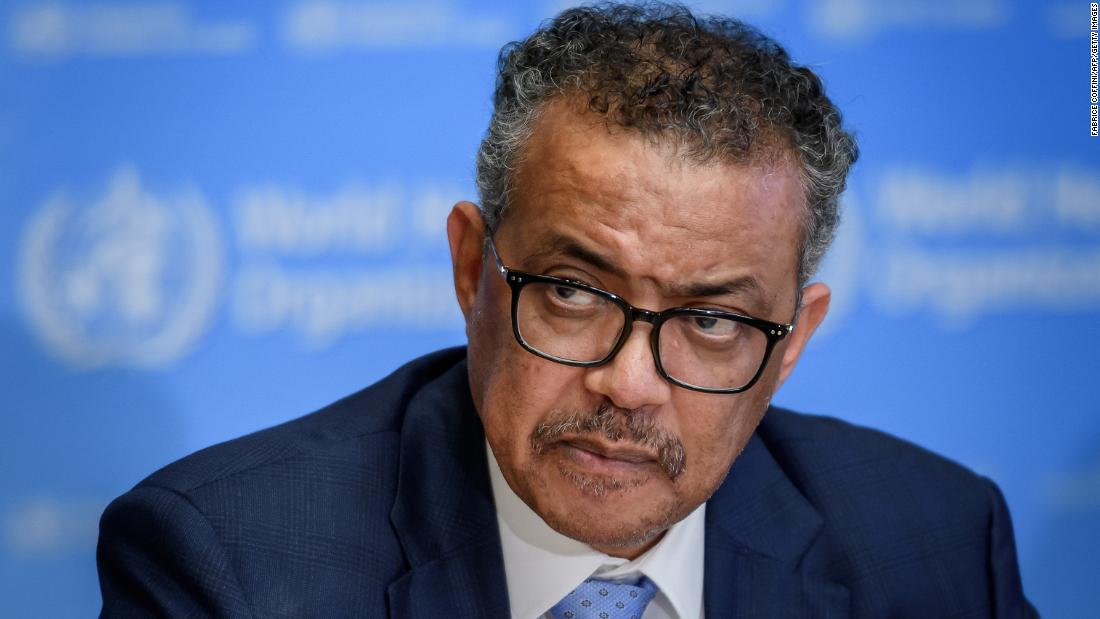 “No, when the elderly are dying it’s not fine. It’s a moral bankruptcy,” he told a news conference. “Every life, whether it’s young or old, is precious and we have to do everything to save it.”

But despite vast numbers of elderly people dying of coronavirus — and a significant drop in the quality of life of many of those forced to self-isolate — the global response to the risks they face in the era of Covid-19 has often been chilling.

‘How much is a life worth?’

When Sweden took the controversial decision not to lock down, the country’s chief epidemiologist Anders Tegnell told a local newspaper that its Public Health Agency “didn’t know that there would be such a big potential for the disease to spread in elderly care homes, with so many deaths.”

But he said the country’s main strategy of social distancing still “worked well” and he “can’t see that we should have done it in a completely different way.”

Tony Abbott, the former Prime Minister of Australia, suggested in a speech in the UK on Tuesday that some elderly coronavirus patients could be left to die naturally.

“In this climate of fear, it was hard for governments to ask: ‘How much is a life worth?’ Because every life is precious, and every death is sad; but that’s never stopped families sometimes electing to make elderly relatives as comfortable as possible while nature takes its course,” he told the Policy Exchange think tank in London.

Abbott said governments were not “thinking like health economists, trained to pose uncomfortable questions about a level of deaths we might have to live with.”

And he said that even if Australia’s lockdown had prevented a predicted 150,000 deaths, the $300 billion cost to the country worked out at $2 million per life saved — or $200,000 per year if they only had a 10-year life expectancy, adding that such a price was “substantially beyond what governments are usually prepared to pay for life-saving drugs.”

It’s an argument that’s given short shrift by Robin Hall, a care home manager in southern England, who said elderly residents were “much more capable than people think of having a rich life.”

“You can live in a care home and you can thrive,” said Hall, the bursar at the Home of Comfort in Portsmouth.

Before lockdown, Hall said the home was buzzing with regular activities, visits from friends and family and even a children’s group.

“All of that stopped overnight,” she said. “It felt like the heart had gone from our home. Without these people here, it feels a little bit empty and a little bit soulless … Suddenly everyone’s confined to their room,” she said.

Home of Comfort faced similar problems as institutions around the world, including hospitals returning residents without tests, as well as shortages of personal protective equipment, medication and staff, plus insufficient testing capacity.

Care home managers around the world told CNN earlier in the pandemic that the situation was dire and the toughest they had seen in decades-long careers.

Many relatives have described the pain of not being able to visit relatives. Mary Daniel, from Florida, told CNN in July that she had taken a dishwashing job at her husband’s nursing home just so she could see him.
She runs a Facebook group that is calling for a “reasonable reopening” of nursing homes across America, where it says loved ones are “dying from isolation.”

UK dementia charity John’s Campaign is calling for a judicial review into guidelines on care home visits, which say face-to-face contact should be restricted where possible to minimize infection risk. Many families have been separated from often-confused relatives for months, and told they will only be able to see them when they are dying, according to the charity and reports to CNN.

Julia Hailes, an environmental writer from Dorset in southwest England, told CNN she felt “completely desperate” when lockdown prevented her from visiting her 90-year-old mother, Minker, who has dementia.

“I felt that she would just feel, if anything, that she’d been abandoned,” Hailes said.

Minker was isolated in her room with suspected coronavirus, but was not tested, and the family’s attempts to connect via FaceTime calls were “a painful experience,” Hailes said.

Recently, Hailes was allowed to visit her mother in her room for the first time since lockdown, but said she found it difficult to communicate while wearing gloves, a mask and apron and sitting behind a perspex screen.

Before the pandemic took hold, Hailes said Minker was able to join in reading poems, but now, “she has faded more, she can’t really speak anymore.”

Hailes said it was important to bear in mind elderly patients’ quality of life, and not just survival rates.

LTCcovid last week reported that on average, across 26 countries, 47% of all Covid-19-linked deaths have been care home residents. But these were not people who would have died from other causes.
Its analysis of excess deaths — the number of additional deaths recorded during the pandemic, compared to the same period in previous years — found a 79% increase in deaths in England’s care homes.
Coronavirus also exposed the chronic underfunding of homes in Europe, North America and Canada, the network reported.
In the US, nursing homes were named the “ground zero” of the pandemic. The Justice Department is now requesting Covid-19 data from four states “that issued orders” the agency says “may have resulted” in the deaths of nursing home residents from the virus.

He said some care homes were at risk of closure after increased outlay for PPE and staff, along with a drop in demand for places thanks to the wave of deaths and fewer people moving to homes during the pandemic.

There are also concerns over a drop in hospital admissions during the pandemic, leading to fears elderly people may be storing up undiagnosed health problems for the future, Gordon added.

Older people living at home have largely gone unnoticed during the pandemic. LTCcovid found limited evidence from anywhere in the world on how people who receive care in the community have been affected by Covid-19.
In the US, it reported that challenges in the system that already disproportionately affected individuals of low-socio-economic status and people from minority ethnic communities “have been greatly exacerbated by the crisis.”
A Kaiser Health News analysis of data from the Centers for Disease Control and Prevention found that Covid-19 death rates among African Americans aged 65 to 74 were five times higher than for whites.

The number of care home residents dying of Covid-19 has come down in countries including Sweden and the UK, as governments have begun providing more support and guidance to help deal with the pandemic.

But Hall said it was hard for governments to dramatically change their approach to the sector while the pandemic was still going on.

“I think it’s very difficult for them now to try and — from a standing start — … understand what it’s like,” she said.

Cases are rising again in many countries, and Hall said the threat remained serious for elderly people.