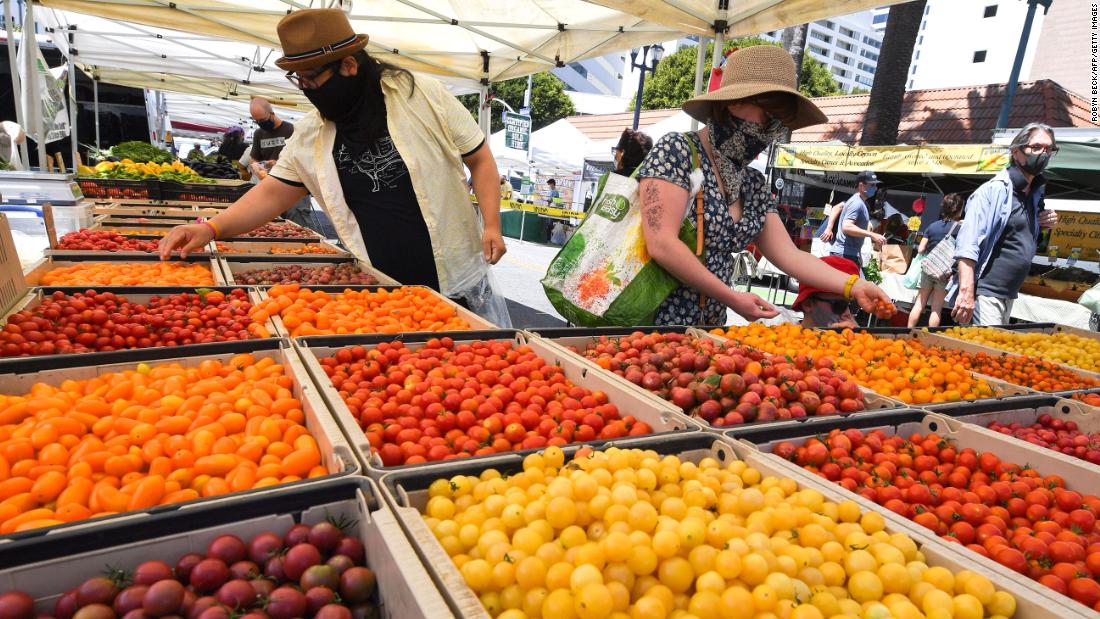 With many of us cooking at home these days, there is more of an opportunity to use food to fight climate change. With these ingredient swaps and tweaks to your eating habits, you can help make a more positive impact on your health as well as the Earth’s.

“A diet without meat products can reduce greenhouse gas emissions by 49 percent and water-scarcity weighted water footprint by 19 percent,” said Galen Karlan-Mason, founder and CEO of GreenChoice, a grocery shopping app that helps consumers make informed choices about sustainability and nutrition, citing a 2018 study in the journal Science.

Karlan-Mason cited a number of factors that make industrial agriculture one of the most environmentally taxing processes in global food production. “We monocrop corn and soy and process it into feed, ship the feed to the cattle, provide land and water, and repeat for the life of the cattle, all while the cattle release methane gas daily.”

From a nutritional perspective, these processed patties can still be just as high in saturated fat as a beef burger and contain higher levels of sodium, according to Harvard Medical School. So if you’re choosing to cancel beef, exchanging it for a meatless option isn’t a free pass to eat a soy burger every day.

Beyond engineered substitutes, vegetarian protein sources are the obvious swap-in for meat. Most vegetables, as noted in the 2018 Science study, have less of a carbon footprint than even the least impactful animal protein sources, like fish, eggs and dairy.

The phrase “plant-based diet” is a wide-ranging term that encompasses high-protein vegetarian foods like beans, lentils, leafy greens, quinoa and other unprocessed ingredients.

Replacing beef with one of these in your chili, for example, is a small change that can also have a positive effect on your health. There is a correlation between vegetarian diets and sustained weight loss as well as lower risks for certain types of cancer and heart disease, multiple studies have shown.

And incorporating plant-based proteins into everyday meals is easier than ever, thanks to a shifting popular mindset that’s embracing meal-planning resources and recipes that incorporate these ingredients. Prepared items like grain bowls, cauliflower rice and veggie noodles are also more prevalent on menus and in supermarkets.

As a bonus, keeping foods like beans and quinoa on hand lets you cook from your pantry more often, enabling you to skip frequent trips to the store during a pandemic.

Though not as environmentally sustainable as vegetarian proteins, eggs are also a more climate-friendly swap, especially when they come from a local farm. “They pack a lot of protein punch, and chicken and egg production is much less environmentally damaging” than beef production, Murray said.

If you’d also like to switch to nondairy milk, Karlan-Mason recommended oat, soy and hazelnut milks as the best alternatives.

Local is great, but not everything

“Eat local” has long been a sustainability mantra, and community farmers’ markets have proliferated over the past 15 years. The number of farmers’ markets nationwide skyrocketed from 1,755 in 1994 to 8,771 in 2019, according to the USDA.

But surprisingly, fuel, transport and packaging don’t have as much of an impact on emissions as you might think.

“It pales in comparison to the impact of the way land is used,” said Shyla Raghav, vice president of climate change at Conservation International, with land use and farm emissions accounting for 80 percent of a food’s carbon footprint and transport averaging 5 percent.

While supporting local producers is an important part of the equation from an economic perspective, it’s not necessary to beat yourself up for indulging in pineapple, avocadoes or other treats that don’t grow in your neck of the woods.

Even almonds, which require a lot of water to produce, can be considered carbon-neutral because their trees store carbon instead of emitting it. And the trees’ water consumption per gallon is much lower than the amount of water needed to produce beef and other livestock. “As a source of protein that replaces more intensive sources of protein, it’s positive,” Raghav said.

Like any other ingredient, local and sustainable options are always the best choice when it comes to seafood. “There’s a lot of rampant overfishing that’s affecting fish stocks around the world,” Raghav said, so doing research before buying and eating fish is more important than ever.

Farmed shrimp is the one item you should skip to have the greatest environmental impact in this category. “Shrimp farming is the largest driver of mangrove deforestation,” said Raghav, noting that mangroves are one of the most carbon-rich ecosystems on the planet. Their deforestation releases carbon dioxide and methane into the atmosphere, a process that makes farmed shrimp more environmentally damaging than pork or poultry.

Instead, turn to smaller fish like anchovies and sardines, which don’t take as much fuel or energy to process, especially in comparison to larger fin fish like tuna. And in terms of sustainable aquaculture, farmed bivalves like oysters and mussels can help clean up waterways through their natural filtering and feeding habits.

If all of this sounds overwhelming or too complicated to truly make a difference, remember that “what consumers can do is drive the demand,” according to Murray.

He cited the examples of organic certification and the removal of synthetic growth hormones from milk as two instances where purchasing choices made a lasting change in the food supply chain.

“If enough consumers try meatless Monday, it would have a real significant impact,” he said.

Casey Barber is a food writer, photographer and illustrator; the author of “Pierogi Love: New Takes on an Old-World Comfort Food” and “Classic Snacks Made from Scratch: 70 Homemade Versions of Your Favorite Brand-Name Treats”; and editor of the website Good. Food. Stories.