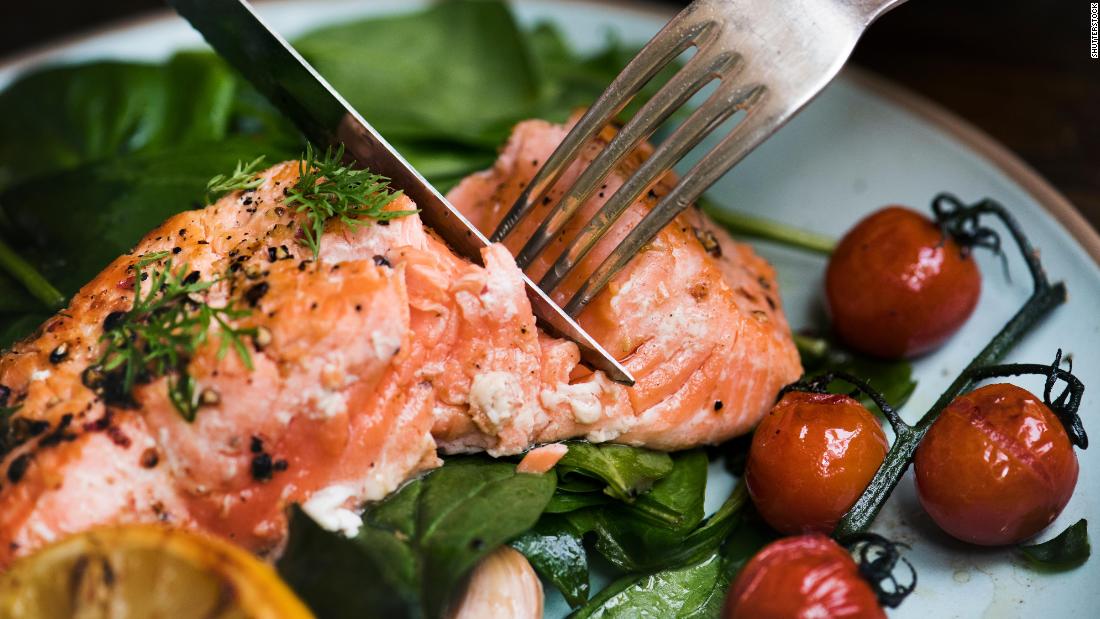 You can skip the hardware store and head straight to the grocery store for that, new research has suggested.

Eating more than one to two servings a week of fish or shellfish may allow older women to consume enough omega-3 fatty acids to counteract the effects of air pollution on the brain, according to a study published today in Neurology, the medical journal of the American Academy of Neurology.

“Omega-3 fatty acids have been shown to fight inflammation and maintain brain structure in aging brains. They have also been found to reduce brain damage caused by neurotoxins like lead and mercury,” said study author Dr. Ka Kahe, a professor of epidemiology and obstetrics and gynecology at Columbia University in New York, in a press release.

“So we explored if omega-3 fatty acids have a protective effect against another neurotoxin, the fine particulate matter found in air pollution.”

Connections between food and brain health

The study observed white women over 70 who live in areas with high air pollution levels. Those who had the lowest levels of omega-3 fatty acids in their blood had the highest amount of brain shrinkage.

To conduct the study, researchers calculated how much fish the women consumed on average each week, measured the amount of omega-3 fatty acids in their blood and determined the women’s three-year average exposure to air pollution based on their home addresses.

Then they gave participants brain scans to measure the hippocampus area, which is the part of the brain associated with memory, and the white matter, which helps send signals throughout the brain.

The benefits of omega-3s from fish consumption, the researchers found, may preserve volume of white matter and size of hippocampus as women age and possibly protect against the potential toxic effects of air pollution.

The study’s lead author Cheng Chen, a postdoctoral researcher at Columbia University’s Irving Medical Center, told CNN that more research is needed to see if these results can be generalized to the wider population.

“Our study is one of many that provides helpful insights regarding a healthy lifestyle, like a healthy diet, to reduce the adverse impacts of air pollution,” Chen said. “The general population still needs to follow the general recommendations of the government. But I can say a very small increase in omega-3s or fish intake can be beneficial for the populations in the study.”

Before you head to the seafood section, the researchers also suggested talking to your doctor prior to adding more fish to your diet.

Fatty fish that’s baked or broiled, such as wild salmon, mackerel, sardines and tuna are some of the best sources for omega-3s. Unfortunately, fried fish doesn’t make the cut because prior research has shown deep frying damages omega-3 fatty acids.

Air pollution goes beyond the lungs

Chen said the research is part of a broader Women’s Health Initiative Memory Study, which previously found that older women living in locations with higher levels of fine particles in the outdoor air had a smaller volume of white matter.
Brain volume loss and white matter loss occurs naturally in aging, but environmental toxins can compound the problem. That’s because fine particulate matter emitted into the air is a neurotoxin — bad news for the brain.

“The key with air pollution is that particles are so small they can be taken into the lungs,” said neurologist Dr. Richard Isaacson, an Alzheimer’s specialist at NewYork-Presbyterian and Weill Cornell Medical Center, who was not involved in the study.

Isaacson explained that it’s “not entirely clear why air pollution specifically impacts cognitive function,” but previous studies have found that after entering the lungs, the toxins in air pollutants can be distributed throughout the body via the bloodstream.

Typically, the brain is protected by what scientists call the blood-brain barrier, which is essentially the brain’s emergency gate system that protects it from toxins circulating in the blood. But air pollution can slip through that barrier.

“These toxic particles are so small they can make it past this barrier, or this gate, and cause neuroinflammation and cognitive decline,” Isaacson said.

Because of omega-3s anti-inflammatory properties and protective effect on white matter in the brain, Isaacson said, a diet rich in omega-3s is “sensible for people who want to protect their brain health over time.”

He added that further studies are necessary to ensure that these findings can be replicated in people of all ages and genders.

People have different risk factors for cognitive decline, so “depending on their risk omega-3s may not be enough to be impactful,” Isaacson said. “There’s no one magic thing or amount of omega-3s or fish oil pill that a person can do to prevent cognitive decline.”