Earth-like planets and ocean worlds could be common in our galaxy, studies say 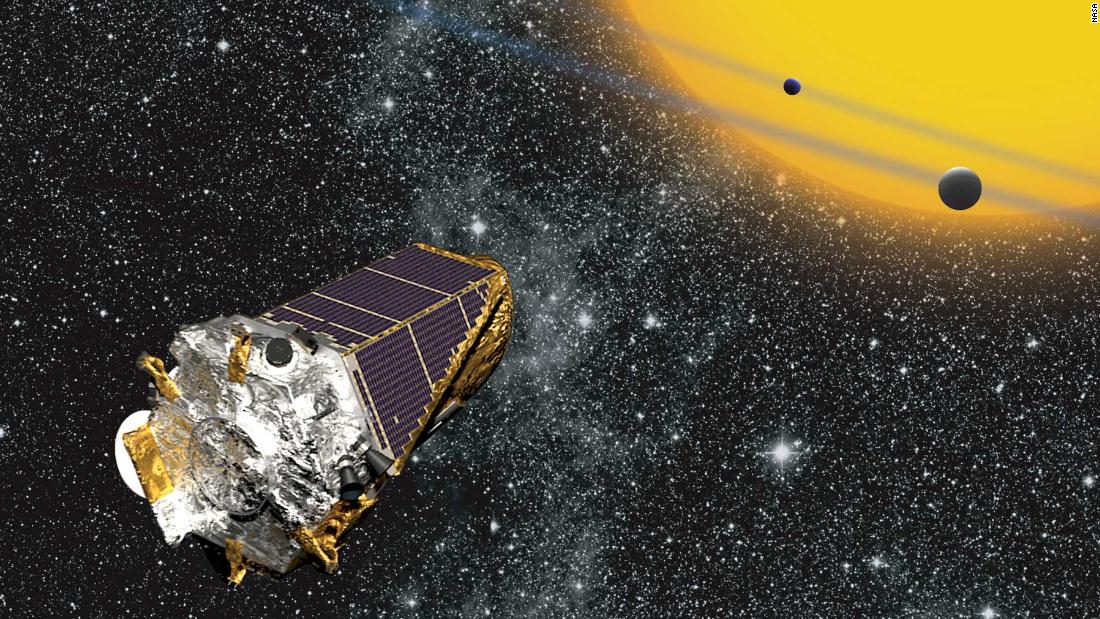 New estimates and calculations suggest that there are even more Earth-like planets and ocean worlds in our galaxy than previously known, according to new research published this week.

So far, Earth is unique in its ability to host life in the universe. But future NASA missions have been targeted to visit ocean worlds like Jupiter’s moon Europa, to see if life may exist in its subsurface ocean beneath an icy crust.

What if our solar system isn’t the only hub for these types of planets? Astronomers have discovered more than 4,000 exoplanets, or planets outside of our solar system, in recent years. And some of them are similar in size to Earth.

Discovering planets that both resemble Earth and our solar system’s ocean worlds across our Milky Way galaxy could make them targets for future telescopes, like NASA’s James Webb Space Telescope that is scheduled to launch in 2021. The telescope may be able to characterize these exoplanets and peer through their atmospheres.

To be considered Earth-like, a planet must be similar in size to our planet, orbit a sun-like star called a G-type star and be a rocky or terrestrial planet. And, naturally, it needs to orbit in the habitable zone of its star. This is the distance where the planet is just the right temperature, not too hot or too cold, to host liquid water, and potentially life, on its surface.

But some of these unique characteristics also make them harder to find in the search for exoplanets because they’re small and distant from their stars.

However, astronomers at the University of British Columbia have discovered that there may be as many as 6 billion Earth-like planets across our galaxy. That means that there could be one Earth-like planet for every five sun-like stars in the galaxy.

The study published this week in The Astronomical Journal.

“Our Milky Way has as many as 400 billion stars, with seven per cent of them being G-type,” said astronomer Jaymie Matthews, study author and a professor at the University of British Columbia’s department of physics and astronomy, in a statement. “That means less than six billion stars may have Earth-like planets in our Galaxy.”

Previously, it was believed that there could be as few as 0.02 potentially habitable Earth-like planets for every sun-like star, or as many as more than one around each sun-like star.

Because it’s easy to miss Earth-like planets in data captured by planet-hunting telescopes, University of British Columbia researcher Michelle Kunimoto used a different technique to search for them, including data from NASA’s Kepler planet-hunting mission, which ended in 2018.

Her calculations establish a new limit of 0.18 Earth-like planets for every G-type star.

“Estimating how common different kinds of planets are around different stars can provide important constraints on planet formation and evolution theories, and help optimize future missions dedicated to finding exoplanets,” she said.

Ocean worlds in the Milky Way

Ocean worlds like Europa and Saturn’s moon Enceladus intrigue scientists with their subsurface oceans, even though they’re beneath icy shells and don’t have atmospheres.

“Plumes of water erupt from Europa and Enceladus, so we can tell that these bodies have subsurface oceans beneath their ice shells, and they have energy that drives the plumes, which are two requirements for life as we know it,” said Lynnae Quick, a planetary scientist at NASA’s Goddard Space Flight Center, in a statement.

“So if we’re thinking about these places as being possibly habitable, maybe bigger versions of them in other planetary systems are habitable too.”

Quick and other researchers used a mathematical analysis of 53 exoplanets in our galaxy, including those in the TRAPPIST-1 system about 39 light-years away, to determine if any of them could be ocean worlds, hypothetically. They also wanted to determine the level of geological activity that may be possible on these planets, like the plumes on Europa and Enceldaus, which telescopes may be able to detect in the future.

The exoplanets were similar in size to Earth, although some of them could have as much as eight times the mass of our planet. Even at that size, the planets could still be solid rather than gaseous and have liquid water on or below the surface.

The researchers were surprised to find that 14 of the exoplanets could be ocean worlds and many of them could be similar to Europa and Enceladus with oceans beneath ice shells. And they may even be more energetic in their activity than the moons in our solar system.

The study published this week in Publications of the Astronomical Society of the Pacific.

Of the 14 identified in the study, Quick’s team determined that exoplanets TRAPPIST-1 e, f, g and h could be ocean worlds. Previously, other researchers have suggested a similar notion and this study agrees with those findings. In this study, the authors arrived at this idea by regarding the potential surface temperature of each planet.

“If we see that a planet’s density is lower than Earth’s, that’s an indication that there might be more water there and not as much rock and iron,” Quick said. And if the planet’s temperature allows for liquid water, you’ve got an ocean world. But if a planet’s surface temperature is less than 32 degrees Fahrenheit (0 degrees Celsius), where water is frozen, then we have an icy ocean world, and the densities for those planets are even lower.”

For now, scientists only have certain information about these exoplanets, like their size, mass and distance to their host stars. But identifying intriguing worlds for future study can help determine targets for upcoming missions like the Webb telescope. Webb will be able to search for chemical signatures in the atmospheres of planets in the TRAPPIST-1 system, which has seven Earth-size planets.

Other upcoming missions in our solar system could also shed light on ocean worlds. NASA’s Europa Clipper mission will investigate what’s above and below the icy surface of Europa and NASA’s Dragonfly mission will fly a rover-size drone on Saturn’s moon Titan, which has both an atmosphere and bodies of water on its surface. Quick is a team member for both missions.

“Forthcoming missions will give us a chance to see whether ocean moons in our solar system could support life,” Quick said. “If we find chemical signatures of life, we can try to look for similar signs at interstellar distances.”