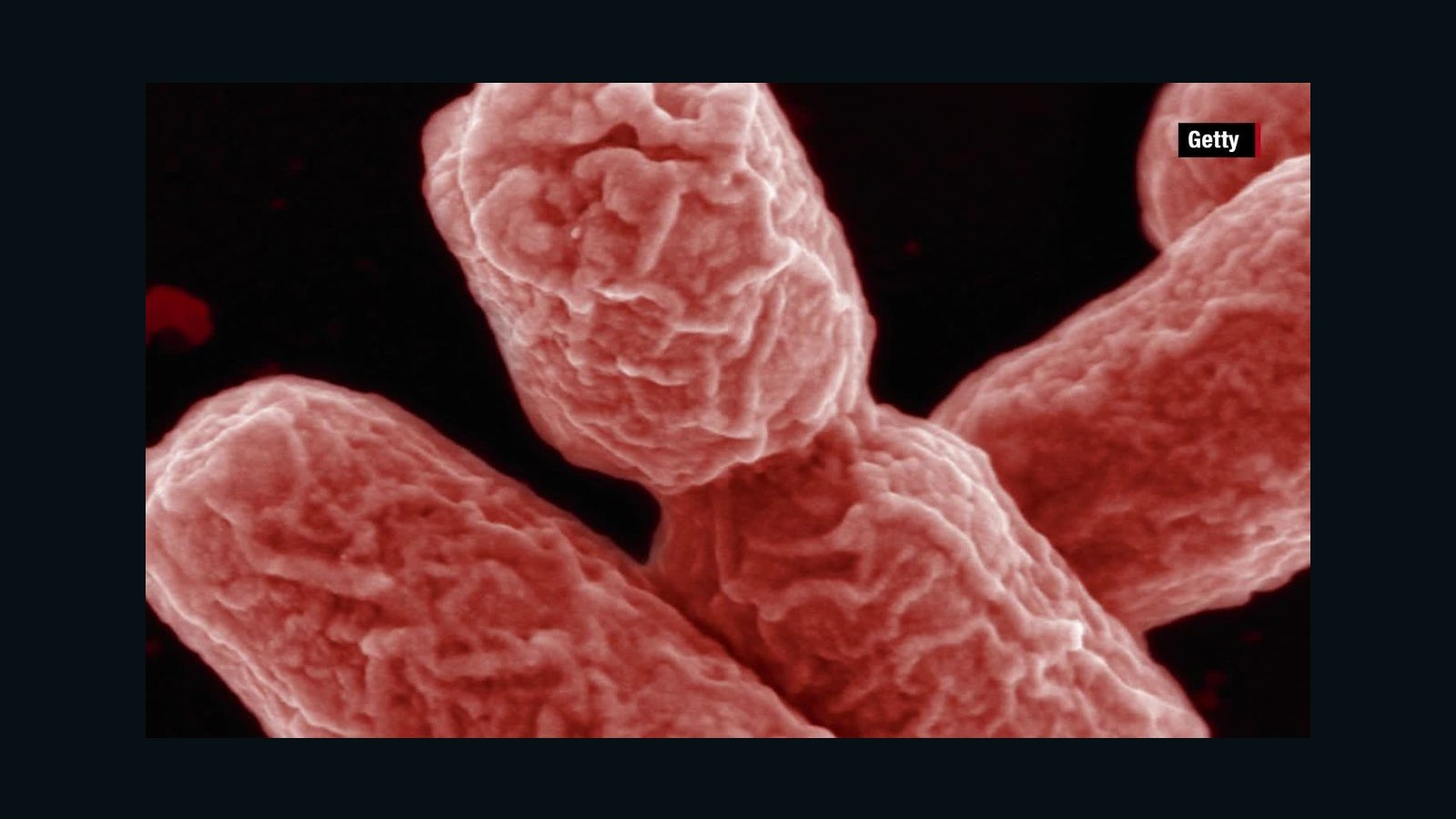 There are many strains of the bacteria Escherichia coli (E. coli). Most strains are harmless and live in the intestines of healthy humans and animals.

Some kinds of E. coli cause disease by producing Shiga toxin. The bacteria that make these toxins are called “Shiga toxin-producing” E. coli (STEC). The most commonly found STEC in the United States is E. coli O157:H7.

The symptoms of STEC infections can include stomach cramps, diarrhea and vomiting. Some infections are mild, but others can be life-threatening.

The CDC estimates that 265,000 STEC infections occur each year in the United States. E. coli O157:H7 causes more than 36% of these infections.

People of all ages can be infected, but young children and the elderly are more likely to develop severe symptoms.

The types of E. coli that can cause illness can be transmitted through contaminated water or food, or through contact with people or animals.

1998 – The Hazard Analysis and Critical Control Points program (HACCP) begins requiring meat processors to establish critical checkpoints in the plants to prevent pathogens from contaminating meat.
– Inspectors from the food-safety agency randomly test all facilities that grind meat products to make sure that the plants are complying with the HACCP program.

1999 – The USDA approves the irradiation process for meat. Irradiation is a process that uses beams of high-speed electrons to kill E. coli and other bacteria.

June 2009 – Epitopix LLC, a Minnesota-based veterinary pharmaceutical company, begins licensing a new vaccine for cows that reduces the transmission of E. coli between cows and humans.

Timeline of selected E. coli outbreaks in the United States

1992-1993 – The Jack in the Box outbreak kills three children and makes about 500 people sick in the Northwest United States.

The Jack in the Box incident leads the Bill Clinton administration to begin random testing for E. coli in ground beef.

The meatpacking industry sues the USDA to block the tests. The USDA wins the lawsuit.

At least 35 people become ill due to this meat contamination and one person dies.

The contaminated meat is shipped to at least 21 states.

September 14, 2006 – The FDA issues a warning to consumers about an E. coli O157:H7 outbreak in multiple states. The warning states, “preliminary epidemiological evidence suggests that bagged fresh spinach may be a possible cause of this outbreak.”

Fall 2006 – At least 199 cases of E. coli infection occur in 26 states. Three people die and about 31 develop Hemolytic Uremic Syndrome (HUS), a dangerous complication that can lead to kidney failure.

The outbreak is most severe in Wisconsin, where 49 cases are reported to the FDA, and one death is confirmed.

The source of the outbreak is traced to fresh, bagged spinach from the California-based Natural Selection Foods company, which issues a voluntary recall of its spinach products.

October 2006 – The FDA matches the E. coli strain to one found on a cattle ranch located next to the spinach fields in Salinas Valley.

December 5, 2006 – Taco Bell announces the removal of green onions from Taco Bell restaurants nationwide in response to preliminary tests suggesting they are the cause of the E. coli outbreak.

December 14, 2006 – The CDC reports that 71 people in five states have fallen ill from the strain of E. coli bacteria involved in the Taco Bell outbreak.

September 25, 2007 – Topps Meat Company issues a recall of its frozen burgers after six people fall ill and three are hospitalized due to E. coli from Topps burgers.

September 29, 2007 – Topps Meat expands its recall to 21.7 million pounds of ground beef products. The company announces a week later that it is going out of business.

October 26, 2007 – An update is released – 40 cases of E. coli identified. At least 21 people are hospitalized and two developed hemolytic-uremic syndrome.

November 5, 2010 – Thirty-eight people from five states are sickened from cheese sold at Costco. Fifteen are hospitalized and one suffers from hemolytic uremic syndrome (HUS), a form of kidney failure.

November 3, 2015 – Chipotle announces it has closed 43 restaurants in Oregon and Washington.

November 20, 2015 – The CDC reports 45 people in six states have been infected with E. coli. The six states are Washington, Oregon, California, Minnesota, New York and Ohio. The report says evidence suggests that “a common meal item or ingredient served at Chipotle Mexican Grill restaurants…is a likely source of this outbreak.”
December 4, 2015 – The CDC reports that an additional seven people have been infected. Three new states, Illinois, Maryland and Pennsylvania have reported cases. This brings the total to 52 people infected in nine states.
February 1, 2016 – The CDC says the Chipotle outbreaks “appear to be over.” In the initial outbreak, 55 people in 11 states were infected with a strain of STEC O26. In the second, smaller outbreak, five people from three states were infected with a different strain of STEC O26.

April 13, 2018 – The CDC reports that its investigation is focused on chopped romaine lettuce from the Yuma, Arizona, region. According to the CDC, 35 people from 11 states have fallen ill.

April 18, 2018 – In an update, the CDC reports that 53 people from 16 states have been infected. A total of 95% of those sickened said they ate romaine lettuce before the illness started.

April 20, 2018 – The CDC expands its warning to include all forms of romaine lettuce from the Yuma area, including whole heads and hearts, not just chopped.
May 2, 2018 – The CDC reports an individual in California has died from the outbreak. There are 23 additional cases of E. coli, bringing the total to 121 cases in 25 states.
June 1, 2018 – The CDC reports an increase in the number of infected people to 197 in 35 states. A total of five deaths have been reported.
June 28, 2018 – The CDC announces that the outbreak has ended. Five deaths were reported, and a total of 210 people in 36 states were infected. It’s the worst outbreak of E. coli O157:H7 since a 2006 outbreak linked to spinach.

November 20, 2018 – The CDC, along with the FDA, announces it is investigating a multistate outbreak of E. coli infections most likely linked to romaine lettuce.
November 26, 2018 – In an update, the FDA reports that 43 people from 12 states have been infected.
January 9, 2019 – The CDC announces the outbreak appears to have ended. In total, 62 people in 16 states were infected between October 7, 2018, and December 4, 2018.

April 9, 2019 – In an update, the CDC reports that 96 people from five states have been infected.

April 12, 2019 – The CDC reports that 109 people from six states have been infected, and that ground beef appears to be the source of this outbreak.