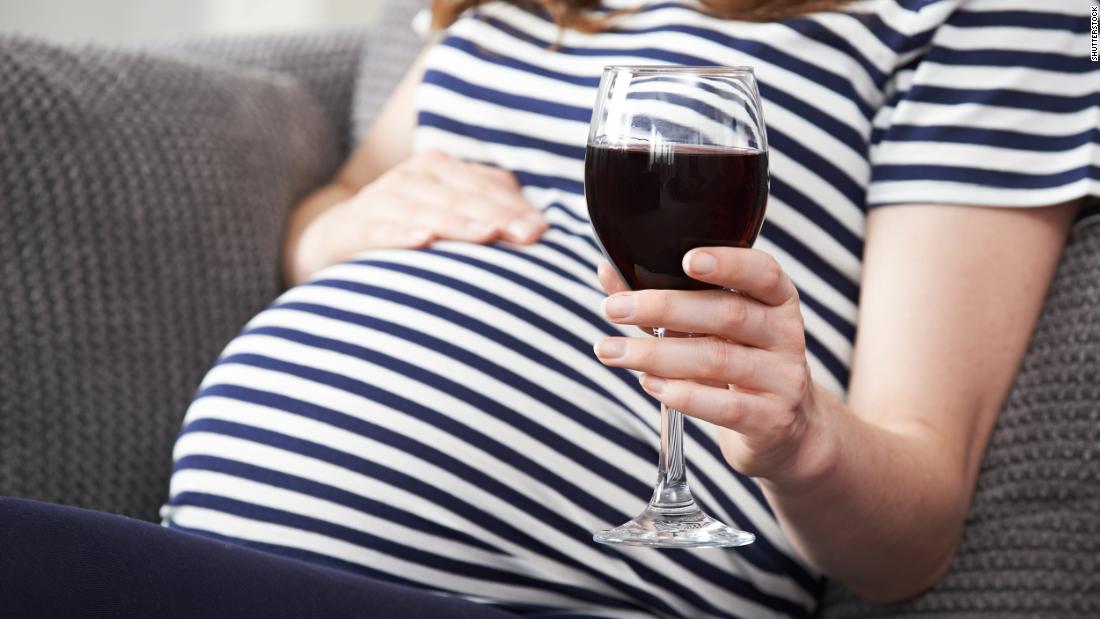 But that behavior runs counter to a study published Tuesday in the journal JAMA Network Open.

Researchers found drinking or smoking of any level while pregnant — from low to high, and even if you quit early — influenced the brain development of the mothers’ newborns.

Prenatal alcohol exposure is the leading cause of preventable intellectual disability, the study said, and smoking during pregnancy is one of the most modifiable causes of post-birth disease and death.

However, public health hasn’t yet determined a safe level of alcohol or tobacco use during pregnancy, the study said. So the authors examined the link between prenatal exposure and alcohol and tobacco smoking with brain activity in newborns.

They didn’t find a safe, conclusive level, but the findings suggested drinking or smoking in early stages and then quitting, or doing so at low, moderate or high levels all impacted newborn brain development.

“Already we can see there was an alteration in the development of brain processes that can be quantified during sleep when babies are just a few days of age,” said senior author William P. Fifer, a professor of medical psychology at Columbia University Irving Medical Center in New York City. “Babies of those moms who even had low levels of alcohol or tobacco exposure still had some alterations in the brain activity.”

Effects of alcohol and tobacco on brain activity

Their mothers were recruited from 2011 through 2015 from clinical sites in Cape Town, South Africa, and the Northern Plains region of the United States. Babies who were born at less than 37 weeks or more than 41 weeks gestation and mothers who birthed more than one newborn were excluded. Mothers who took psychiatric medication were excluded from the current study but included in the previous Safe Passage Study.

Details regarding prenatal alcohol exposure were collected using a 30-day Timeline Followback Interview, in which women self-reported their daily alcohol consumption on their last drinking day and 30 days prior, up to four times during pregnancy. They also recorded whether they shared a drink with someone, the type and brand of alcohol, container size and how long they drank per instance.

Information for prenatal tobacco exposure was also gathered up to four times during pregnancy. Women reported their smoking habits on their last recorded smoking day and 30 days prior. They also indicated how often, and the number of tobacco cigarettes, they smoked on an average smoking day.

On 12 locations on the newborns’ scalps, researchers conducted an electroencephalogram, or EEG, while they were sleeping.

An EEG is a noninvasive test of brain function and activity reflecting electrical activity in the brain’s cortex. It’s commonly used to examine and predict effects of in utero exposures and associations with development of the brain at later ages.

EEG spectral power, another measure utilized by the authors, measures the range or rhythm of the brain’s EEG signal across a certain length of time.

Newborns whose mothers quit drinking before the second trimester, or were in the low to high continuous drinking groups, had increased low frequency EEG power in the left temporal section of their brain compared to infants with no prenatal alcohol exposure.

Newborns who had moderate or high continuous prenatal tobacco exposure had significantly decreased EEG power in the right-central area of their brain compared with those whose mothers quit smoking before the second trimester.

Changes in brain activity are normal as children age, but there’s not enough information to conclude whether the increases and decreases observed in this study occurred too early or too late in the newborns’ development, Fifer said. However, the measurements were a departure from what was found in infants with no alcohol or tobacco exposure.

The greatest contrasts in EEG power were between infants with no prenatal tobacco or alcohol exposure and those with moderate to high exposure.

“The ones that had the most dramatic effects were [those of mothers who] drank the most or continued to drink the most during pregnancy, and the ones who smoked the most throughout pregnancy,” Fifer said.

Previous studies have shown the effects alcohol and tobacco exposure have on specific areas of the brain involved in the baby’s ability to regulate their heart rate, respiration, blood pressure and temperature, Fifer said.

“All of those are extremely important to survive those first few months,” he added. “We’re finding a reflection of that in our measures of brain activity just while they’re sleeping during the newborn period.”

The authors plan to examine additional exposures and lifestyle factors that may affect long-term neurodevelopmental function.

More research is yet to come, but for now, the research shows it’s best to consider an alcohol-free mocktail at that Zoom get-together or baby shower while pregnant.