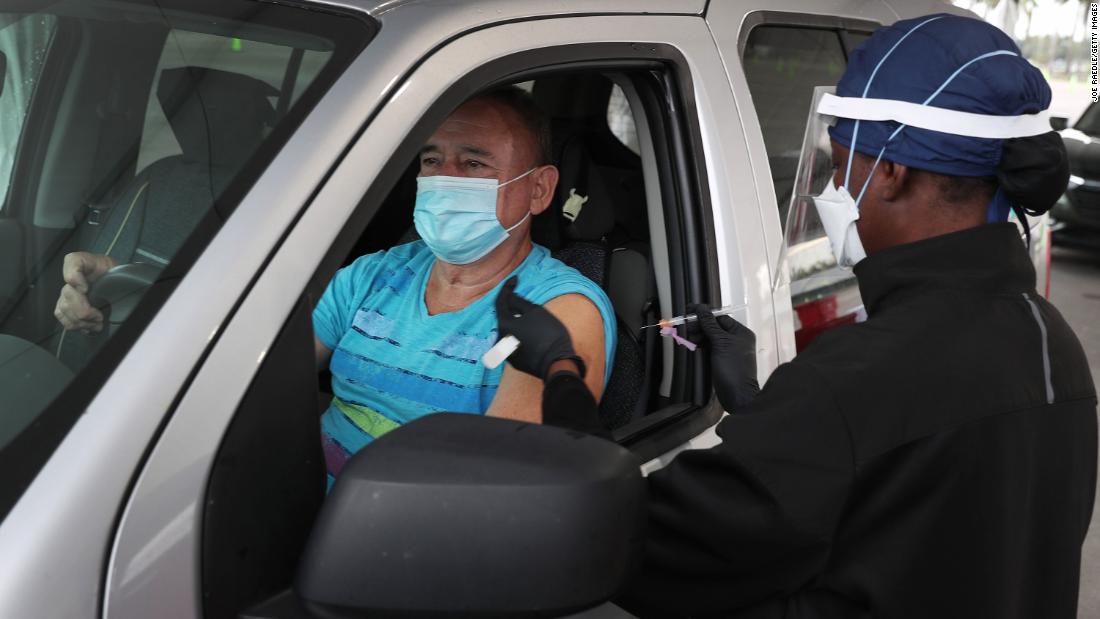 After reporting on the novel coronavirus for a little over a year and, having spoken to many of the prominent players involved in every aspect of research and public health, I think it’s pretty safe to say that most people in the scientific community did not think it was likely that we would have a vaccine authorized by the end of 2020. Even people who are who are optimistic thought it would probably be 18 months to get to that point.

Yet the country now has two authorized vaccines, one from Pfizer/BioNTech and another from Moderna, and this third one — made by Johnson & Johnson subsidiary Janssen Biotech — appears to be on the cusp of also getting the green light.

By all accounts, that’s pretty remarkable.

As a result of the two authorized vaccines, there are now at least 34.7 million people in this country who have received their first dose, and more than 11.2 million who are fully vaccinated with both doses — and all of these people are significantly less likely to become severely ill, require hospitalization or die of Covid-19.

If the Johnson & Johnson vaccine becomes available, and we have no reason to think that it won’t also be authorized, we’ll have an important option that gives us, in addition to more vaccines, more flexibility: This one involves only one dose and is more easily transported and distributed because it doesn’t have to be stored at the freezing temperatures required by the other two.

Some people are concerned that this vaccine may not be as good as Pfizer’s and Moderna’s, both of which use new mRNA technology and have been shown to be approximately 95% protective against developing symptoms of Covid-19.

In contrast, the J&J vaccine was shown to be 66% effective in preventing moderate and severe disease in a global Phase 3 trial, according to the company. But when it comes to just severe disease, that number jumps up to 85%. And there were no hospitalizations or deaths among people who received the vaccine; this was measured from 28 days after the shot.

Comparing the two figures, about 95% effective vs. 66% or 85% effective, may be misleading for two reasons. One is the J&J vaccine was tested later into the pandemic, when there was more circulating virus and after variants that are more easily transmissible were discovered. The other related reason is that the vaccine was tested in those very countries — including Brazil and South Africa — where some of those variants were already in wide circulation in certain areas. It’s unknown whether the Pfizer or Moderna vaccines would have fared any better under the same circumstances.

In fact, the efficacy of the J&J vaccine against moderate and severe disease, measured one month after the shot, varied from 72% in the US, to 66% in Latin America, to 57% in South Africa.

No matter which of the J&J outcome numbers you look at, they’re still higher than the 50% effectiveness threshold that the US Food and Drug Administration set as a target for authorization last summer. And the 72% efficacy seen in the United States is in the range of what Dr. Anthony Fauci, director of the National Institute for Allergy and Infectious Diseases, had said he was hoping for, before any of the vaccine trial results were known.

By way of comparison, 66% effectiveness at lowering risk is better than the average 40%-60% range for the flu vaccine. Yet public health experts ask Americans to get a flu vaccine every year. That’s because even when the flu vaccine isn’t that effective, it still prevents hospitalizations and saves lives. For example, during the 2019-2020 flu season, when the vaccine was determined to be only 39% effective, it prevented an estimated 7.5 million cases of the flu, 3.7 million flu-related doctor visits, 105,000 flu-related hospitalizations, and 6,300 flu-related deaths, according to the CDC.

Perhaps most important of all, the J&J vaccine was 85% effective overall at doing what we care about most: preventing hospitalizations and deaths.

Think about it: If you take the more than 57,000 vaccinated participants from all three of these vaccine trials — Pfizer/BioNTech, Moderna and J&J — there were no deaths reported. And all but a very small number of the severe cases and hospitalizations were in the placebo group.

To understand what that means, if you took a sample of 57,000 Americans 18 years and older, Covid-19 would have sent almost 190 to the hospital and killed more than 100 of them.

As Fauci said during a call with reporters a couple of weeks ago, “If you can prevent severe disease in a high percentage of individuals, that will alleviate so much of the stress and human suffering and death.”

He pointed out that it will also reduce the stress on the US health care system.

In addition to reducing the risk of developing severe Covid-19, there are tantalizing hints that at least some of the vaccines appear to also prevent people from getting infected and, by extension, transmitting it to others — although that has yet to be proven. This is important, because viral transmission by asymptomatic people is one of the main ways the SARS-CoV-2 virus spreads so easily. A pre-print study out of Israel that has neither been published nor peer-reviewed found that the Pfizer vaccine reduced viral load four-fold in infections that occurred between doses. People with lower viral loads are thought to be less infectious.

Another study, not yet published, from the University of Oxford, found that the AstraZeneca vaccine — which is still being tested and is not available in the US, but is being used in other countries — found that the rate of positive tests declined by about half after two doses. If the vaccine were simply making infections milder, the authors argued, the positivity rate would not change.

Another big area of speculation is whether any of the vaccines work well against the variants that are emerging around the globe. While these variants have not established themselves in this country (the CDC reports approximately 997 cases in the US, the vast majority (981) of which are caused by the variant first identified in the United Kingdom), some public health experts warn it’s only a matter of time before they become dominant.

In contrast, the AstraZeneca vaccine was found to provide only “minimal protection” against mild and moderate Covid-19 from the variant first identified in South Africa, causing that country to pause its rollout of that vaccine, at least for now.

With variants beginning to gain traction here, it’s a race against time between their spread and how quickly we can vaccinate the population. Fauci said about 70% to 85% of the US population will need to be fully vaccinated before the country can begin to return to a sense of normalcy but variants will make the job harder.

“The best way to avoid that, is to get as many people vaccinated as quickly as possible, because viruses don’t mutate if they don’t replicate,” he said last week.

While we are nowhere near that 70% to 85% range, the pace of vaccination is picking up. The country is averaging around 1.6 million vaccinations a day. Nationally, about 1 in 10 people has been vaccinated, with 16 states topping the 10% mark, according to new CDC figures.

To speed up the process, the Biden administration this week is starting to ship vaccines to local pharmacies, including CVS, Walgreens and Walmart, under the Federal Retail Pharmacy Program. Most people are familiar with their local pharmacies, and while there aren’t going to be enough doses right away, the plan is to make it easier to get an appointment and easier to get to it, as the pace picks up. And starting next week, vaccines will also be sent nationwide to 250 community health centers, which serve vulnerable populations.

But now is not the time to let our guard down. While we are getting mostly positive news about vaccines, and the number of Covid-19 cases is going down, we’re still very much in this pandemic and things can change rapidly, especially when it comes to the effect the variants will have on both vaccine efficacy and the number of new infections.

So until we know more, including whether vaccines reduce transmission in addition to reducing severe disease, we have to keep doing the things we know will keep us safe: wear a mask, keep our physical distance, stay in well-ventilated areas — and if you get the chance, get your shot.