Dr. Sanjay Gupta: If the United States were my patient 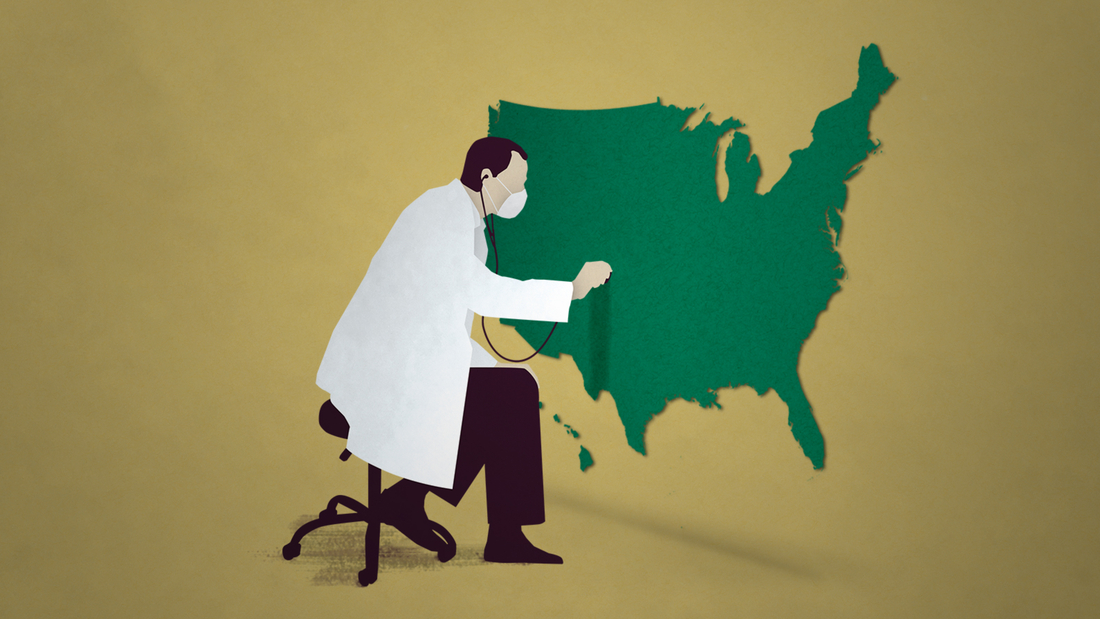 And if the country, like the human body, were to get sick or infected, it should seek the best medical guidance and follow it, as hard as that might be.

Around the world, there are more than 4.6 million people confirmed to have been infected with the novel coronavirus. Roughly a third of them are in this country alone. Just as the coronavirus uses its spike protein to enter and infect human cells, so did planes with passengers enter and infect the United States. Even for the most diligent and hygienic among us, living on this planet means we will continuously come in contact with pathogens, most of them harmless. In fact, as much as we don’t like to think about it, we humans are happily functioning made up of more germs than human cells. But every now and then, a new or novel one finds a home in our bodies, takes root and starts to replicate.

The same can happen to a country. In both cases, we have been forced to become host to a guest we never invited and would like to leave.

These novel viruses don’t announce themselves, ring the doorbell or call ahead. They just show up, using close friends and family members as Trojan horses. So tiny — just 20 to 400 nanometers in diameter. A billion of them could fit on the head of a pin. They come in different colors and shapes — rods, circles and icosahedrons. They can look like Hydra of Greek legend, with nine heads or just as many tails. This new virus is a regal one in appearance, a king or queen of viruses, complete with a crown of spikes, which is where the coronavirus got its name.

It is hard to believe something so tiny could so profoundly change the world, as this virus has done. Of course we want it to die. We want to kill it. Render it lifeless. But that is impossible. Why? Because this virus is not even alive. It is just a string of RNA in a fatty envelope. They are the zombies of the microbe world. Without us — the hosts — the virus is nothing, lacking any ability to grow, thrive or reproduce. It cannot even be cultured in a petri dish for scientific research. It can only grow in living cells, like the ones our bodies provide in abundance.

The truth is this: Viruses are exquisite and crafty hijackers. Once they enter a perfectly innocent human body and use its cells to replicate over and over again, the virus begins a steady march onward, catching a ride in your blood, your lymph nodes and your secretions. It likes to travel, and fast, with no consideration to the path of destruction it leaves behind. The body mounts a defense, sending out armed guards, throwing up roadblocks and trying to starve the virus of precious nutrition. The body will even muster great energy to boil the blood in an attempt to make the environment as inhospitable as possible.

There is collateral damage, and healthy bystanders will often be damaged and destroyed. Such is the nature of a battle with a virus, our most formidable foe. Often times it works, but sometimes it doesn’t. And in those cases, we need help.

The best would be creating an extraordinary defense system that recognizes the virus immediately and has a shoot-to-kill order. It is an Iron Dome, Patriot missile system and an army of assassins standing by for any possible future invasion. Within the body, all of these defense systems would be trained under the auspices of a vaccine. That takes time, however, and inaction is not in the nature of a human or the country those humans inhabit.

If the country were my patient right now, we would be having a conversation that would be important, tough, forward-planning and goal-oriented. Since I graduated from medical school nearly 30 years ago, I’ve had to have those conversations many times.

Every now and then, the patient is so sick that there is no hope of recovery. Those, of course, are the toughest conversations of all. But that is not the case here. The conversation we are now having is a challenging one, no doubt. But I am also quite confident that not only can we restore the patient to good health; we may even make the patient stronger than before. More prepared, and ready to deal with this infection in the future. Both doctor and patient have to be willing participants here. I have to keep up my end of the deal, and the patient has to keep up their end of the deal as well.

Whether it is the body or the country, people want to heal and recover as quickly as possible. And, they want to do it with minimally invasive techniques and as little treatment as possible. It’s the same things doctors want for their patients, but the most effective treatments often take time and diligence. No short cuts allowed.

I have yet to meet a patient who relished their treatment and looked forward to it. So, as a neurosurgeon, I have to take time to explain what I am recommending, why it should work and the perils of abandoning the treatment too early, whether it is a newly diagnosed brain tumor or an infection ravaging their body. For example, I often tell my patients that stopping an antibiotic too early for a bacterial infection could be worse than not taking one at all. That is because those infections have a heterogeneous population of bacteria. Some of the bacteria are more susceptible to treatment, while others are tougher and will only succumb after a full course of the medication is delivered. While an antibiotic may quickly wipe out the easier-to-kill bacteria, stopping too early means only the toughest bacteria are left behind, the lone survivors — and they quickly begin to replicate. The result: a resistant infection. One that makes my patient even worse off than when they started.

That is why I’m worried about my patient right now. In this case, the United States of America. We have been infected, and we are only part way through the miserable therapy. If we stop now, however, it may not just be back to square 1. We may be worse off than we started. The metaphorical resistant bacteria may be unleashed.

Getting through this together means listening to the recommendations from health experts, understanding the rationale, being thorough about the treatment, and not giving up part way through. It also means providing constant reminders that this isn’t the patient’s fault, or the country’s for that matter. Just as I don’t know why patients develop a crippling brain tumor, we don’t know for certain why the world became infected at this time in our history. In my experience, placing blame in this context serves no purpose. I cast my eyes to the future and not to the past. It will not change how I treat the patient or how the patient will respond.

I often spend a lot of time with patients showing them the studies that provide some proof the treatment I advocate can work. Patients want that, and they deserve that. I even keep lists of patients who have already recovered and thrived, and I introduce my new patients to them. The same is true here. There is proof the treatment being proposed for the country can work, and we should consistently remind each other of that. And we should also learn from other countries that have already started to slowly recover and more safely reopen.

People often ask me if it is hard to have those conversations with my patients. That’s not how I would describe it. I describe it as an opportunity to heal someone, body and mind. To get them better. To make them whole in a way that they didn’t think was possible. That can happen here as well, if we stay the course.

The country and the world are facing a serious illness. But, it is treatable. It is fixable. Let’s do this together.