Dr. Sanjay Gupta: Emerging from the pandemic of loneliness 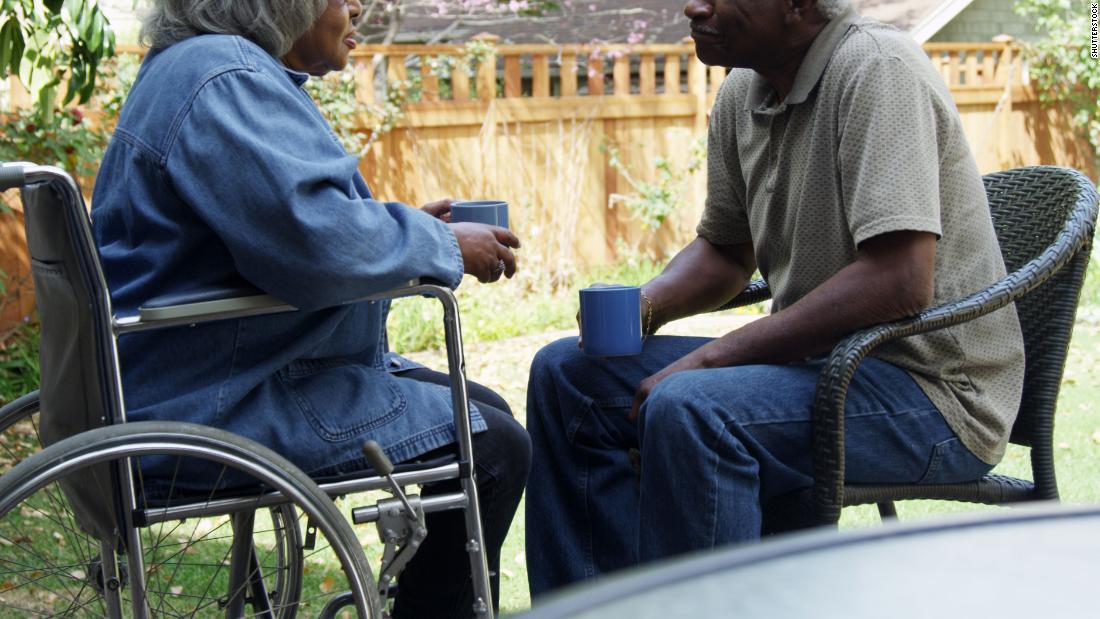 Very early on, it became apparent that the older you were, the worse you would likely fare against the coronavirus, a fact that has held true throughout the pandemic. According to the US Centers for Disease Control and Prevention, roughly 95% of all Covid deaths in the country have been in those age 50 and above, with a full 80% of them in people age 65 and older — even though they make up 16.5% of the US population.

So, to protect our older family and friends, the public health message from the start was clear: Stay away from others, lock down tighter. Even if, at times, that seemed inhumane. Who can forget all the photos and stories from nursing homes, with forlorn residents on one side of the glass doors, and their anxious families on the other? Nursing homes were particularly hard-hit in the spring and summer of 2020; according to the Centers for Medicare and Medicaid Services, more than 1 in 5 Covid-19 deaths in the US thus far has been a nursing home resident. But, even those who live on their own and were freely able to come and go, the so-called community-dwelling older adults, often kept to themselves.

For many, those months and months of social isolation — sequestered from family, friends, hobbies, jobs, volunteer opportunities and all the other things that shape a life and give it meaning — had detrimental effects.

I was worried about my own parents. They’re lucky because they had each other, but neither my family nor my brother’s had seen them for months. Everyone was missing one other. Sure, we all Zoomed and Facetimed regularly, but I don’t have to tell you it’s just not the same.

The high cost of loneliness

Humans are social creatures, not meant to live without connection to others. Many studies have found that social isolation and loneliness are not good for the brain, body or spirit. In older adults, they’re linked to symptoms such as pain, insomnia, depression, anxiety and even a shorter life expectancy. They’re also associated with cognitive decline and a higher risk for Alzheimer’s disease. And younger people are not immune either: loneliness and social isolation are linked to disrupted sleep patterns, altered immune systems, higher levels of both inflammation and stress hormones — all of which can lead to problems down the road if they become chronic issues.
The consequences of loneliness aren’t relegated to the future, either. One study, published recently as a research letter in JAMA, found that adults older than 65 are more likely to use medications meant to treat physical and psychological symptoms — like antidepressants, sleep medications, benzodiazepines, anti-inflammatories, even opioids — the higher they score on a loneliness survey. The study authors note that these medications are not benign in the elderly: They’re high-risk and associated with bad outcomes including gastrointestinal bleeds, falls, fractures, delirium or cognitive impairment, new functional disability and even death.
Dr. Preeti Malani, a professor of medicine in the division of infectious diseases at the University of Michigan, is the director of the National Poll on Healthy Aging. She told me recently there is no doubt the pandemic increased feelings of loneliness among the elderly.

“We actually did a few specific polls during the pandemic on loneliness and social isolation, and we had polled on this back in 2018. And at that point numbers were like 34% felt a lack of companionship, 27% felt isolated from others,” she said. During the pandemic, those levels jumped to 41% and 56%.

I think it is fair to say the road to once again enjoying each other’s company has been paved by the advent of Covid vaccines. Once they came into play, many people felt comfortable enough to plan their family reunion. I count my family in this camp — we waited a relatively long time, until the beginning of July, because my wife and I wanted our teen and tween daughters to be fully vaccinated before meeting up with my parents. Once that happened, we — and they — were comfortable enough to plan our trip.

But not everyone has been comfortable venturing out far and wide — especially not the elderly, maybe because they are so aware of how vulnerable they are.

Geriatrician Dr. Anita Major, an assistant professor at Baylor College of Medicine in Houston, is part of Harris Health System’s House Call Service, which offers house calls to the homebound, many of them elderly.

She said a return to a semblance of normal has been a real struggle for some of her patients.

“I go into homes now and people have what they [themselves] have termed ‘re-entrance anxiety,’ where they’re so fearful, thinking, ‘Why didn’t I always wear a mask in the grocery store; I should have.’ Some of the things that we have implemented now to protect from Covid, they’re like, ‘I should have always been doing that. Maybe I just should never have gone out. I don’t need to go out — because now everything can be brought to you or delivered,’ ” she said.

Fear notwithstanding, Major said that if there’s a choice, remaining isolated is not necessarily the best option.

“Part of aging gracefully is being robust in all facets of your life: emotional, spiritual, psychological, medical, functional — and the social aspect is huge,” she said.

Back in the social saddle

So how can we help our older family and friends ease out of a fear-based pandemic mindset? There is no one-size-fits-all formula, said Major.

“I think we need to ask our elders what matters to them. Sometimes people acknowledge, ‘I’m lonely,’ while some people can be alone without being lonely,” she said. “And it may be that they don’t appreciate the value of the social interaction until it’s happened. But, I think, a safe space to start is [asking] ‘What matters to you?’ ‘ What’s the space that would make that [activity] feel fine and safe?'” she said.

Major notes that a “huge tenet” of geriatric medicine in general is asking: “What matters to you and how can I help you?” Caregivers, doctors and family members may have their own thoughts and ideas about what should be done, but will the older person engage with or derive benefit from it?

She said families can start with baby steps — a picnic outdoors with vaccinated friends and family, for example. “I think you have to meet people where they are, and obviously not force it … [and] not shaming people for being fearful or worried,” she said.

Malani agrees “meeting them where they are” is really important, as is trying to understand what they’re concerned about. She said when people say, “This is too fast, I’m not ready,” ask what they need to help them feel ready.

But there’s a flip side. “My feeling is, if anything, that the pandemic has also taught us that we might not get that second chance to do some of these things, and that being present is also part of being well,” she said.

No riding off into the sunset

My family reunion, I have to say, went really well. It was just wonderful to just spend time with my parents and my brother’s family, too. As proof of the benefits of human connection, I could feel my stress melting away, my blood pressure and my heart rate dropping a bit, being around so much laughter and unconditional love. And the old adage, absence makes the heart grow fonder, certainly held true.

But it’s also true that my parents seemed a bit older, a bit more hesitant in their steps and the creases around their eyes appeared a little deeper to me. And they really were more reluctant to venture out without their masks.

But in their case, I don’t think it’s a fear-based holdover from the lockdown era, it’s more like a logical step: They’re both data-driven scientists and are concerned about the incredible rise in infections in this country due to the Delta variant. The mask is an extra layer of protection on top of being vaccinated.

Once again, it’s especially important for people over 65; according to the US Centers for Disease Control and Prevention, even though a greater proportion of this group is fully vaccinated — more than 79% — they make up 74% of breakthrough cases requiring hospitalization or resulting in death.

In my family, we like to use a weather-related analogy: You look at the app and it tells you it’s going to rain. Being vaccinated is like wearing a good rain jacket to protect yourself. But if it’s pouring outside — if you’re just getting bombarded with a lot of virus because transmission is high — then you probably still want an umbrella: in this case, a mask.

Never underestimate the wisdom of our elders.