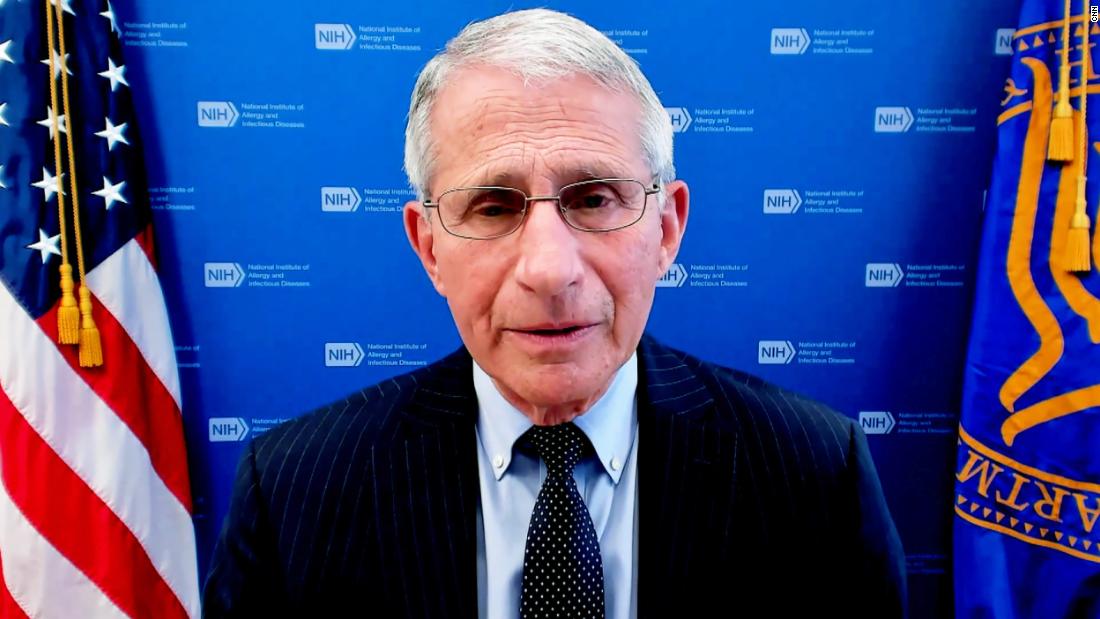 “There are some of your critics who say this shows you have too cozy of a relationship with the people behind the Wuhan lab research,” CNN’s John Berman said to Fauci on New Day. “What do you say to that?”

“That’s nonsense,” Fauci responded. “I don’t even see how they get that from that email.”

Fauci then emphasized that the email was sent to him, and he noted the origins of the coronavirus are still uncertain.

“I have always said, and will say today to you, John, that I still believe the most likely origin is from an animal species to a human, but I keep an absolutely open mind that if there may be other origins of that, there may be another reason, it could have been a lab leak,” Fauci told Berman. “I believe if you look historically, what happens in the animal-human interface, that in fact the more likelihood is that you’re dealing with a jump of species. But I keep an open mind all the time. And that’s the reason why I have been public that we should continue to look for the origin.

“You can misconstrue it however you want — that email was from a person to me saying ‘thank you’ for whatever it is he thought I said, and I said that I think the most likely origin is a jumping of species. I still do think it is, at the same time as I’m keeping an open mind that it might be a lab leak.”

In another email sent to Fauci on April 16, NIH director Francis Collins wrote “conspiracy theory gains momentum,” a reference to the lab-leak hypothesis. But much of the email is redacted, and Fauci said he did not remember its substance.

“They only took about 10,000 emails from me, of course I remember. I remember all 10,000 of them. Give me a break,” he said. “I don’t remember what’s in that redacted, but the idea I think is quite farfetched that the Chinese deliberately engineered something so that they could kill themselves as well as other people. I think that’s a bit far out, John.”

Berman also brought up a February 5, 2020, email Fauci sent to Sylvia Burwell, former secretary of the US Department of Health and Human Services, in which he did not recommend wearing a mask since she was traveling to a low-risk location. The email was sent at a time before coronavirus was declared a pandemic and before the CDC advised the public to wear masks for protection.

“A lot has transpired since then. If you had to go back and do it all over again, would you tell her something different? Do you regret that?” Berman asked Fauci.

“Let’s get real here — if you look at scientific information as it accumulates, what is going on in January and February, what you know as a fact, as data, guides what you tell people and your policies. If March, April, May occur, you accumulate a lot more information and you modify and adjust your opinion and your recommendation based on the current science and current data,” Fauci told Berman.

“So of course, if we knew back then that a substantial amount of transmission was asymptomatic people. If we knew that the data show that masks outside of a hospital setting actually do work when we didn’t know it then. If we realize all of those things back then, of course,” he said. “You’re asking a question, ‘Would you do something different if you know what you know now?’ Of course people would have done that. That’s so obvious.”