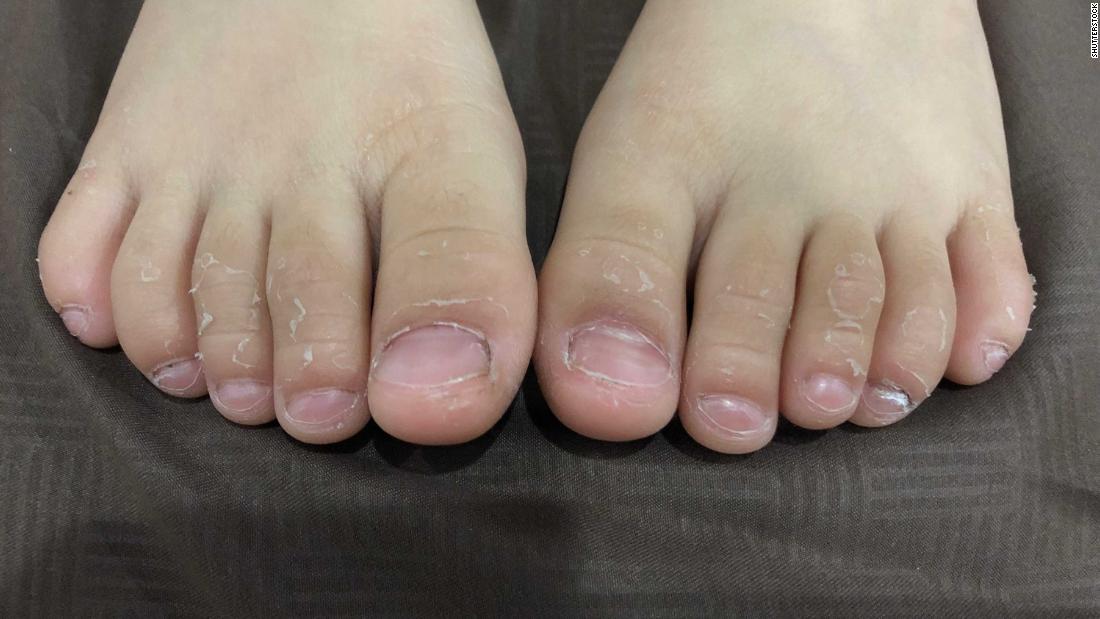 A new study, published in the medical journal The Lancet on Wednesday, found a 30-fold rise in the number of cases of the syndrome in the Bergamo province of Italy shortly after the coronavirus pandemic spread to the region.

The findings of the Italian doctors are similar to the observations made in recent weeks by health officials in the United States. Doctors in the United States are investigating cases of the syndrome in at least 150 children, most of them in New York. At least 17 states and Washington, DC are checking into suspected cases, according to a CNN survey.

The syndrome, now frequently referred to as “multisystem inflammatory syndrome in children,” resembles another childhood condition known as Kawasaki disease which typically affects children under the age of five. The disease causes inflammation in the walls of medium-sized arteries and can damage the heart.

While the new syndrome also involves inflammation, infectious disease experts say it is different from Kawasaki disease. Symptoms include persistent fever, rash, red eyes, inflammation and poor function in one or more organs.

The research team at the Hospital Papa Giovanni XXIII in Bergamo, Italy looked at the cases of children diagnosed with Kawasaki disease and the new “Kawasaki-like” disease at the hospital between January 1, 2015 and April 20, 2020.

The researchers found that while only 19 children had been diagnosed with the condition in the area in the five years preceding the middle of February, there were 10 cases diagnosed since then, all between March 17 and April 14, which was after the coronavirus pandemic spread to the region. That spike represents a 30-fold increase in the disease’s incidence rate, according to the study.

Eight of those 10 children tested positive for the novel coronavirus, although the researchers warned that the two negative results could have been false negative and one of the two negative patients was tested just after receiving a high dose of immunoglobulin, which could have affected the result.

The researchers found some differences in the two groups of patients. The children admitted after the Covid-19 outbreak started were sicker and showed more severe symptoms. Six of the 10 had heart complications, compared with just two of the 19 admitted before the pandemic. Half of the new patients also had signs of Kawasaki disease shock syndrome, which is something the doctors have not seen in any of the pre-coronavirus cases.

The kids who got sick with the syndrome since the pandemic started were also older, around age seven and half on average, compared with the earlier patients whose average age was just about three years old.

The study had some limitations, including that it was conducted among patients in Bergamo, Italy. More research is needed to determine whether similar findings would emerge among a much larger sample of people from other regions around the world.

Yet while the researchers warned the number of cases was very small and further research was needed, they said the rise of cases after the coronavirus pandemic began warrants further study.

“This condition might be serious and requires prompt and more aggressive management,” the researchers said. “Future research on the cause of Kawasaki disease and similar syndromes should focus on immune responses to viral triggers.”

The findings in the new study appear to be consistent with reports of other children having multisystem inflammatory syndrome around the world, including in South East England.

“Evelina London Children’s Hospital has more than 50 children with a similar syndrome and whilst very few tested positive for the virus on swabs the majority of the children tested positive for COVID-19 antibodies when subsequently tested, suggesting their disease is associated with exposure to the virus,” Dr. Julia Kenny, a consultant in paediatric infectious diseases and immunology at Evelina London Children’s Hospital, said in a written statement distributed by the UK-based Science Media Centre on Wednesday.

“These children have also shown significant cardiac symptoms and have proved difficult to evaluate clinically, often appearing less unwell than their very abnormal blood tests and cardiac investigations would suggest,” said Kenny, who was not involved in the new study.

“As this new syndrome has only been identified in the past four weeks, it will be vital to learn more about its presentation and treatment, and to establish how the disease mechanism is linked to COVID-19 which has pre-dominantly affected adult patients to date,” she said.

The researchers in Italy, as well as health officials elsewhere, have stressed the disease remains extremely rare and that the novel coronavirus overall affects young children less than adults. Typically children with Covid-19 may only have mild symptoms.

In general, multisystem inflammatory syndrome in children appears to be a post-viral syndrome, said Dr. Jeffrey Burns, a critical care specialist at Boston Children’s Hospital who has been coordinating a global group of doctors who compare notes on the condition.

“This multisystem inflammatory syndrome is not directly caused by the virus,” Burns told CNN. “The leading hypothesis is that it is due to the immune response of the patient.”

Most children are not seriously affected by the syndrome, Burns said. Most don’t even need treatment in the intensive care unit, he said, although a very few have died. “We do have proven treatments that we can use and are using,” he said. They include blood thinners and immune modulators.

Burns believes more cases will turn up as Covid-19 affects more people. It’s a rare condition, but rare consequences of viral infections are seen more often when millions of people are infected.

“We can expect that each of the epicenters will see clusters of these emerging roughly four to six weeks later,” Burns told CNN.

“It makes sense that it emerged in New York first because New York had the largest and most severe outbreak (of Covid-19), followed by New Jersey and, unfortunately, Boston.”