Do you sleep with your eyes open? About 20% of us do 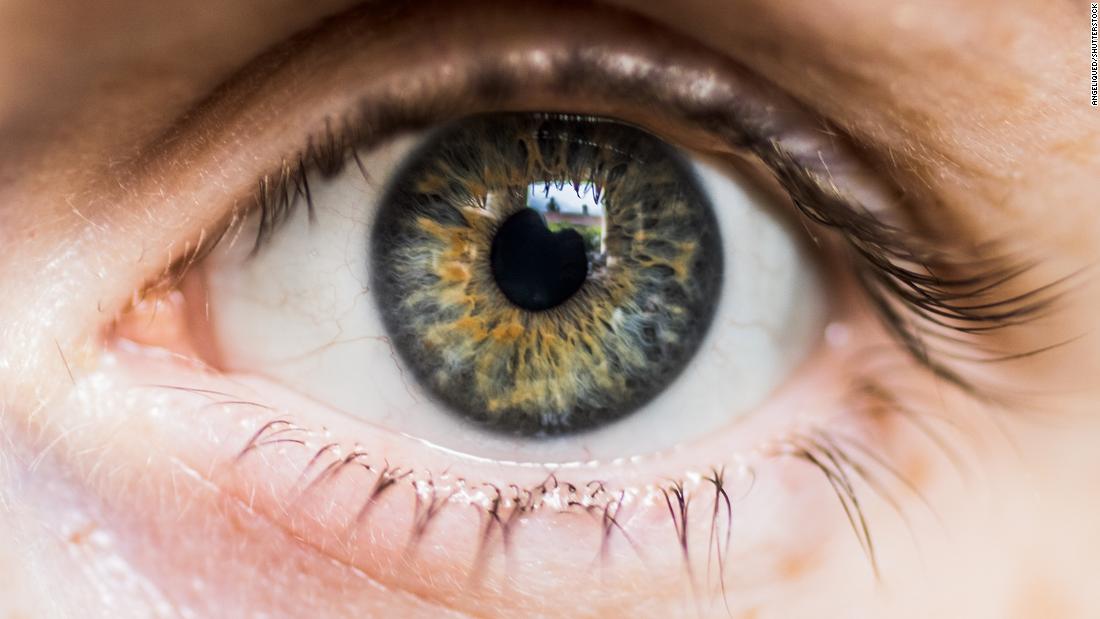 His eyes are open. Wide open.

It’s a condition called nocturnal lagophthalmos, and according to the National Sleep Foundation as many as one out of five of us have it — including babies.

In fact, if you’re among the 20% who have it, it’s possible that your child could as well, because it appears to be hereditary. Most kids grow out of it.

Not good for your health

Nocturnal lagophthalmos happens when the eyelids don’t close enough to cover the eye, either partially or fully.

It may not be as scary as Michael Myers’ mask, but it turns out sleeping with your eyes open is something to scream about to your doctor: It can signal a serious, underlying medical problem such as stroke, thyroid disease or facial nerve damage.

Remember Marty Feldman who played the servant Igor in Mel Brooks’ “Young Frankenstein?” His bulging eyes were the result of a severe case of Graves’ disease, a form of hyperthyroidism, or overactive thyroid. And yes, it’s not easy to fully close your eyelids if you have buggy eyes.

Eyelid damage can be a reason for the failure of the lids to close. Take for example, floppy eyelid syndrome, where the lids become loose and rubbery and can easily open when you turn over at night.

Floppy eyelids are often connected to obstructive sleep apnea, a dangerous sleep disorder where the soft tissues of your throat temporarily relax, narrowing your airway. Breathing is momentarily cut off. Multiple occurences a night are linked to an increased risk for coronary artery disease, heart attack, heart failure and stroke.

Sleeping without eyes shut can also mess up your sleep. Light stimulates the brain to wakefulness, so unless you sleep in a coffin like a vampire, keeping your peeps open all night is likely to wake you.

Nor is it good for your eyes. Your eyelids need to fully shut at night so that tears and their moisture can clean and repair your cornea. If not treated, the National Sleep Foundation says, nocturnal lagophthalmos can lead “to dry eyes, blurred vision, infection, and even permanent vision problems.”

Thank goodness you’re not as doomed as all those actors in slasher films. There are things you can do to help your eyes fully closed. It may be as simple as wearing an eye mask while sleeping, or even a specially made goggle that traps moisture. Using artificial tears during the day and a humidifier at night can also help with moisture loss.

Doctors sometimes recommend eyelid weights, which you wear over the outside of your upper eyelids. As creepy as it sounds, another method is to tape your eyelids shut with surgical tape.

And then there’s the final option of going under the knife. No, really. In severe cases, such as facial paralysis, they do a surgery to implant a gold weight into the eyelids to weigh them down.

Are you a creepy sleeper?

Don’t know if you do this or not? Ask your partner to watch you sleeping for a few nights and check carefully to see if your eyes are fully shut.

No partner to help out? Be suspicious if you frequently wake up with dry, tired or itchy eyes, a possible sign you’re not shutting your eyes fully at night.

Or maybe it’s because you just binge-watched every episode of “Stranger Things.”