Do masks mask our emotions? Not necessarily says one expert 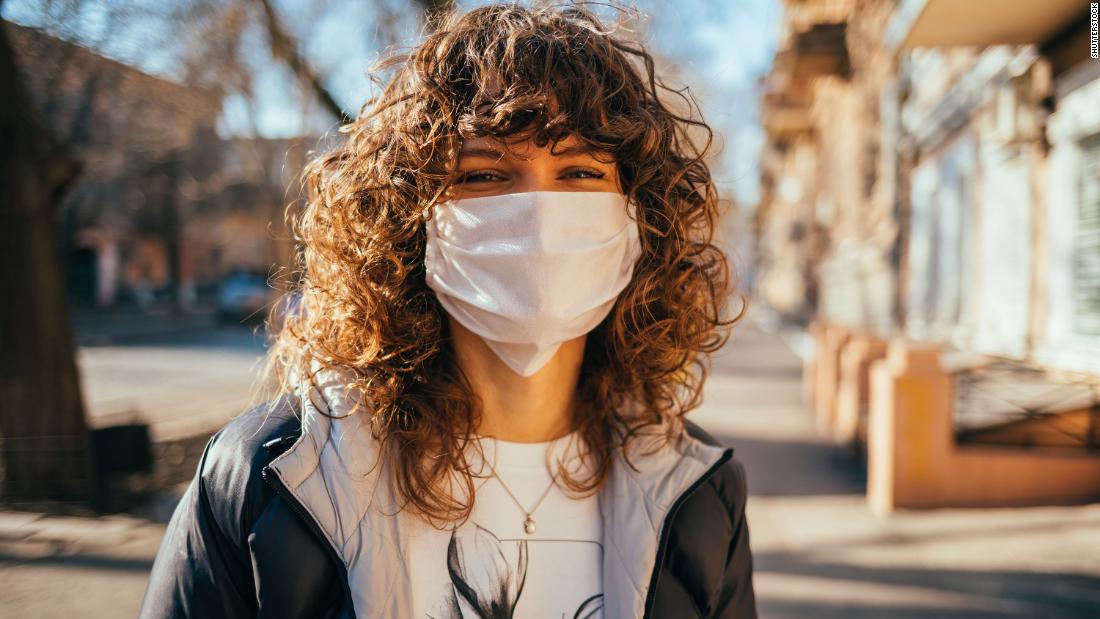 Many more of us are opting to wear a mask while shopping, meeting friends and to medical appointments — even if it’s not required.

A smile is an easy way to defuse social tensions, but is this still possible when a mask is covering the bottom half of our face? And will the emotions of the people we encounter be harder to decode?

CNN spoke to communications expert Ursula Hess, a psychologist and professor at Humboldt University of Berlin.

How we communicate emotions

It’s wrong to assume that masks will make it harder for us to interact, said Hess.

We express our feelings in many different ways that don’t rely on the lower part of our face, she said. It can be subtle — a raising of one eyebrow, for example, or explicit — like hitting a fist on a table.

What’s more, smiles don’t have to be seen, Hess said — they can be heard. This is because when the mouth changes shape it alters the voice. “The difference is clear. We can all hear when someone is smiling on the telephone.”

And some emotions don’t register on our faces at all, she added. For instance, hope.

“How would you think to communicate that in the face? But we have this expression, ‘in a hopeful voice,’ so clearly we think voices can express hope — but faces, they don’t do that.”

It’s all in the eyes

Hess said that most people are good at detecting a range of different emotions in the eyes and the upper face, even if they don’t realize it.

A widely used assessment developed in the 1990s to help assess autism by British psychologist Simon Baron-Cohen showed that most people can recognize even subtle mental states like pensiveness just by looking at the changes in expression in eyes.

“The Reading the Mind in the Eyes” test gauges how well you can read the emotions of others. Subjects are asked to look at pictures of different areas around the eyes and to assign them the correct emotional states, said Hess, a professor of developmental psychopathology at University of Cambridge.

You can take the test here.

Hess said that normally our eyes are drawn toward activity, and if the mouth is covered, we’ll focus on the upper face.

“You see more than just the eyes; you see the whole region. You see the wrinkles in the forehead, the wrinkles between the eyes, and when the cheeks puff up when you smile, you see that movement,” she explained.

“You should think twice about Botox. If you’re covering your mouth and immobilizing your upper face, you’re not doing your interaction partner any favors.”

There are some emotions, however, that can be hard to decode if you can’t see someone’s mouth, Hess said.

“With fear and surprise, the upper face component is very similar. The main difference is the shape of the mouth, which is loose in surprise and stretched to the side in fear.”

“That would be an obvious candidate for confusion.”

For parents concerned that masks could spook young children going back to school or day care, Hess said it shouldn’t affect most children over the age of 5.

“We know from developmental research that kids get pretty good at recognizing each other’s emotions from the time they start going to school, and they have access to the same tools as adults.”

“When they’re very young, things that cover the face may be disturbing. They might find a beard upsetting at first,” she said.

She added: “But it’s a question of habit. They’ll get used to the fact that mummy and daddy wear these funny things on their faces.”

Nor should masks interfere with the contagious nature of emotions. Hess has studied in-depth how we imitate other’s feelings — getting tears in our eyes when we see someone cry, afraid if we see someone tremble with fear or happy when seeing someone smile.

In new research that hasn’t been published in a scientific journal yet, Hess said they looked at how individuals reacted to people wearing a scarf and niqab, a veil worn by some Muslim women that covers the face but keeps the eye area clear. This isn’t the same as a hijab, which covers the head and not the face.

“We looked at whether people would mimic (their) expressions even though they could see them only partially and basically they do,” she said.

How do you feel about masks?

While Hess said that most of us have the innate skills to decode and respond to emotions from the eye region, other factors are at play that can interfere with whether we actually do this.

For example, what an individual feels about the merits of mask wearing is likely to affect how they communicate with someone who is wearing a face covering. Official guidance in places like the US and the UK has been contradictory, particularly in the early days of the pandemic, leading to confusion and differing attitudes to their use.
In the US in particular, mask wearing has become a contentious issue, what a recent CNN story cited as a “political and cultural flashpoint.”

“Masks are a form of social signal — they tell you something about the person wearing the mask,” Hess said.

“If you think wearing a mask is unnecessary or total idiocy, then it may give you a prejudice against this person (wearing a mask), making communication more difficult.”

The reverse is also true, she said.

“If you yourself understand the reasons behind the masks and you endorse those reasons, then you have a totally different perspective on the person wearing the mask, and the chances are communication will be much smoother.”

In our current reality, until researchers develop an effective vaccine, we’ll need to get used to communicating with others while practicing preventative measures like mask wearing.