Daylight saving time is bad for sleep and should end, experts say 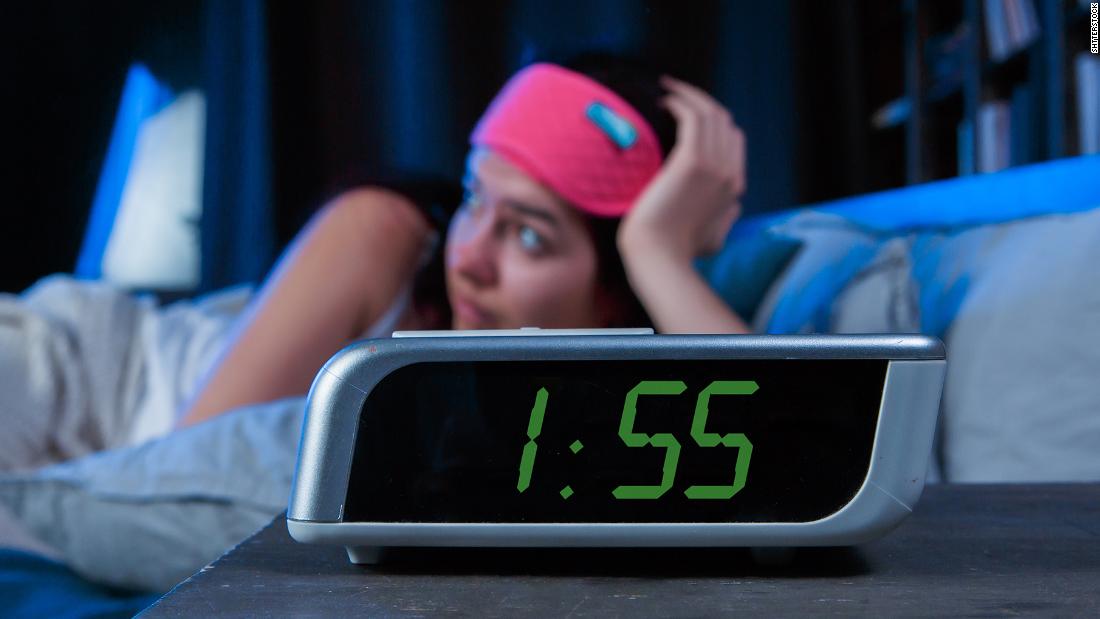 The shifts disrupt our sleep schedules and harm our health, according to experts at the American Academy of Sleep Medicine. And in August, more than a century after daylight saving time was introduced, the AASM released a position statement calling for it to be canceled altogether.

“We’ve had evidence slowly building up over the years, in terms of the adverse effects when we move from daylight saving time to standard time, and vice versa,” said AASM President Dr. Kannan Ramar, a sleep medicine specialist at the Mayo Clinic.

“It’s like filling a cup with water,” said Ramar, explaining the timing of the AASM’s call to end daylight saving time now. “You fill the cup with water as evidence continues to build up. At a certain point, it tends to overflow.”

What happens when we change the clocks

That is because our bodies take days to adjust to an altered sleep schedule. “Even though you’re just getting an hour less of sleep, it takes about five days to get back in sync,” Pelayo said.

It aggravates an existing problem: Many people already miss out on the sleep necessary for good health.

One in three Americans do not get enough sleep on a regular basis, according to the US Centers for Disease Control and Prevention. (It’s even worse for some people of color. More than 45% of Black Americans reported short sleep duration in the CDC study.)
Skimping on sleep goes far beyond dark circles under your eyes. Poor sleep is linked to type II diabetes, heart attack, asthma and depression. A lack of sleep can even shrink your brain. In 2016 the CDC declared the sleep problem a public health epidemic.

Given how important it is to get good sleep, doctors say you shouldn’t wait for the government to deal with daylight savings — there is plenty you can do to promote good rest on your own. When the next time change approaches, the AASM’s Ramar suggested starting early to ease the transition.

“You already know it’s coming,” he said. “A few days to a week prior to that, slowly shifting your schedule to that time frame is going to be helpful.”

In addition, Ramar said transition is a good opportunity to check in on your overall sleep routine, including avoiding digital devices in the evening and limiting afternoon caffeine consumption.

“Following regular sleep hygiene measures during and around these time changes would mitigate some of the adverse effects,” he said.

Living out of alignment

There is a broad consensus among scientists that changing the clocks twice a year is a bad idea. If sleep is so important, how did we end up with this variable schedule?

Some history: During the First World War, countries including Germany, Britain and the United States introduced daylight saving time in an effort to conserve energy. By setting the clocks forward, the theory goes, you can wait an extra hour before switching on the light on a summer evening. A century later, nearly a quarter of the world’s population moves their clocks ahead for part of the year.

It works, a little. There is an average electricity savings of 0.34% during daylight saving time, according to an international metanalytic study from 2017.

But the harm of switching up the clocks outweighs the energy-saving benefits, scientists have said. And while much of the US spends nearly eight months of the year on daylight saving time, scientists at the AASM believe standard time is better for our sleep.

“It’s to align with our circadian rhythm cycle,” AASM’s Ramar said. “In daylight saving time, it’s still dark in the morning and it gets really bright in the evening. The opposite should be actually happening.”

Instead, it’s best to wake up the brain with a morning dose of sunlight, then relax in the later hours. The mismatch contributes to circadian misalignment, said Ramar, which correlates to a range of physical and psychological disorders including cancer and depression.

But standard time is not one-size-fits-all. If you tend to sleep in, you will miss out on the early morning sunlight that standard time delivers. That means night owls could get less overall exposure to natural light.

Position within your time zone matters, too. On December 21, the shortest day of 2020, sunset will be at 5:24 p.m. in Indianapolis. In Portland, Maine, at the eastern edge of the same time zone, the sun will go down at 4:07 p.m. that day.

“A lot of people prefer daylight saving time at the eastern end of time zones, mostly because it gets dark so early in the winter,” said Scott Yates, a Denver activist who for years has lobbied for the end of the dual-time schedule.

The AASM has called for a permanent, countrywide transition to standard time, and Ramar noted the simplicity of a single system. Citing the variations in location, lifestyle and preference, Yates is in favor of letting each state decide whether year-round standard time or daylight saving time is better.

Even though the AASM prefers standard time, it’s likely either one would be an improvement over the biannual reset. That is because while experts say standard time is optimal for circadian rhythms, it appears to be the change — not the overall time on the clock — that makes the biggest difference.

Subscribe to CNN’s Sleep, But Better Newsletter: Want the best sleep of your life? Sign up for our newsletter series for helpful hints to achieve better sleep.

What if you never have to change the clocks again?

Using the hashtag #locktheclock, Yates has lobbied in favor of eliminating time changes across the United States. And at the moment, the country has a patchwork of legislation weighing in on the issue.

There are some signs it could happen. At a time of ever-deeper political divisions, the issue appears to have bipartisan support.

In March, US President Donald Trump signaled that he would be in favor of ending the time change, tweeting “Making Daylight Saving Time permanent is O.K. with me!” The Sunshine Protection Act of 2019, which was introduced last year by Republican Sen. Marco Rubio of Florida, has Democratic co-sponsors from Washington state, Alabama and Rhode Island.

It wouldn’t likely pass in time for the “fall back” time change in the United States, which occurs this year on November 1. (The UK falls back on the last Sunday in October.)

If the US legislation passes, daylight saving time would be the new default for the United States, the opposite of the AASM’s recent proposal. Still, it would save Americans from making the biannual clock change that appears to cause the most disruptions to health.

“There’s no good reason to switch the clocks two times a year,” said Yates, who supports and has advised on the federal bill. “Now that we know it’s killing people, it’s time to act.”

Jen Rose Smith is a writer based in Vermont. Find her work at jenrosesmith.com, or follow her on Twitter @jenrosesmithvt.