Creating a pandemic social bubble: A how to guide 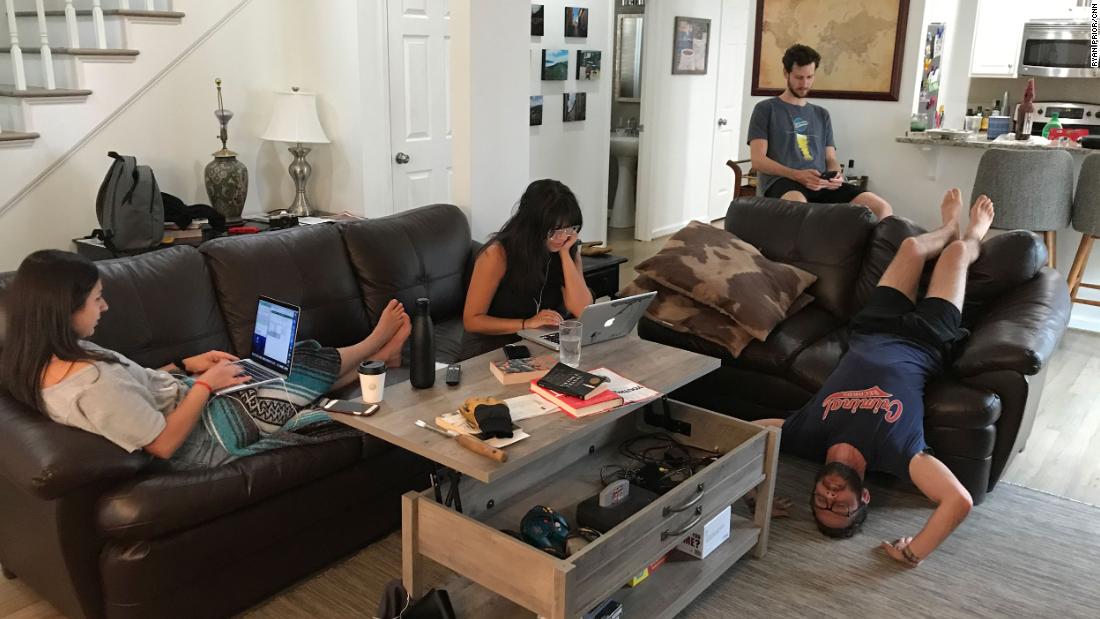 Whatever you call it, forming a group to go through the next few months could be key to getting through the summer with your mental health intact.

Social distancing guidelines are expected to be in place throughout the summer, according to Dr. Deborah Birx, a top official on the White House Coronavirus Task Force, but experts say hunkering down with others could be a next step as governments begin to lift some restrictions.

“We had this issue forced on us early in the pandemic as we were going to discharge a patient,” said Dr. Daniel Griffin, an infectious disease specialist at Columbia University Medical Center.

Some people had families at home, but some were facing recoveries alone. Whether you’ve been infected or not, though, finding ways to maintain (a few) in-person human relationships is one recommendation Griffin has for everyone.

Here are some things to consider as you think about creating, and sustaining, your bubble during the pandemic — but make sure you check what official guidance is where you are before making any moves.

Lay down the ground rules

“You don’t want it to get too big,” Griffin said. “Just about 10 people or less. Beyond that, the risk is an issue.”

You’ll need people who are trustworthy, so picking people you like just because they’re fun at parties might not be a useful metric when picking your group members.

“This is a slightly expanded approach to social distancing that is tolerable and may be what saves us,” Griffin said. “We need to prevent the virus from erupting with the ferocity that it did in March.”

One unchecked symptom or one misguided adventure and somebody can get infected with the coronavirus, the virus that causes Covid-19. You’re only as safe as the group member least likely to stick to the rules.

If and when someone is showing symptoms, it’s vital to isolate him or her in a separate room, not let them access common areas such as the kitchen, and especially make sure nobody in the group tries to dip their toe in the water with social interactions outside the bubble.

Because many people are contagious even before symptoms appear, if a pod or bubble is hanging out regularly, it could likely mean that multiple members are already infected even if only one has a semblance of a cough.

If one member gets sick, “Consider yourself probably infected,” Griffin said.

Your family can join on with another family

Depending on your current living situation, your bubble will look a little different from other people’s bubbles.

“The smallest version of this is two families who decide to form a slightly enlarged social cohort,” Griffin said.

That decision can often be “kid-based,” he noted, as children who can’t see friends and classmates are some of the most susceptible to the disruptions and cabin fever caused by social distancing and shelter-in-place orders.

Griffin said he and his family joined up with another family they know, choosing them because they both have young children around the same age who get on well together.

Beyond that, as you’re solidifying your cohort or bubble, be mindful about what you might need during the pandemic. Think about who has skills or resources that complement yours or your family’s strengths. It could be as simple as picking a family with a backyard pool so your kids can do cannonballs together while you lay in the sun with a novel.

You can share movies, music, books, games or anything else that might make the summer a little more endurable. (People willing to share is another quality that could help a potential bubble partner family stick out.)

Singles friends can shack up together

Some of the people most emotionally at risk due to shelter in place orders are single people living alone.

“You can only Skype and FaceTime for so long before it has an impact on your mental health,” Griffin said.

So don’t be hard on yourself if you’re getting stir-crazy. Expanding your in-person interactions judiciously is perfectly okay. He recommended that singles form groups of three or four and move in together if it’s possible.

Beyond providing social engagement, it’s important to delegate general tasks and share responsibilities across group members so you’re not so overwhelmed.

One way Li and Noulinthavong did that is by cooking lunches and dinners together.

“It’s been going well so far,” Li said in mid-April. “We’re both fairly good cooks, so we’ve been able to expand the complexity of the dishes we make with an extra helping hand.”

Find somebody to go steady with

If you don’t have a significant other within your pod, and want a quaran-sweetie to drink quarantinis with, this is the time to commit. Illicit adventures out to look for a special someone are one of the surest ways to burst the bubble and undermine the whole concept.

“If you have a boyfriend or girlfriend, they should be in the same cohort,” Griffin said. And during the pandemic, monogamy is essential.

“For public health reasons, that’s the model we have to go with,” Griffin said. “Dating is a tremendous way for this to spread.”

In a new paper, sociologists at Oxford University explain that the quarantine bubbles work because of what they term a “network approach” to social distancing.

Viruses spread when people infect others in their network. So they argue society can work to flatten the rising curve of new infections if people keep distance between groups of individuals. It’s the same logic just as preventing the spread of coronavirus by limiting interactions between individuals themselves.

“There must be a middle ground between all of us staying at home and all of us meeting the people we want in the ways we want to,” said Per Block, the study’s lead author and a sociology research lecturer at Oxford.

“Our main aim here is to give people guidance on how they can structure their social surroundings so that hopefully in a year’s time we are there, and not that people at some point just give up completely on social distancing, and that we are back in a second wave by the end of the year and have to start this whole staying at home business all over again.”

CNN’s Saba Hamedy and Angela Dewan contributed to this story.