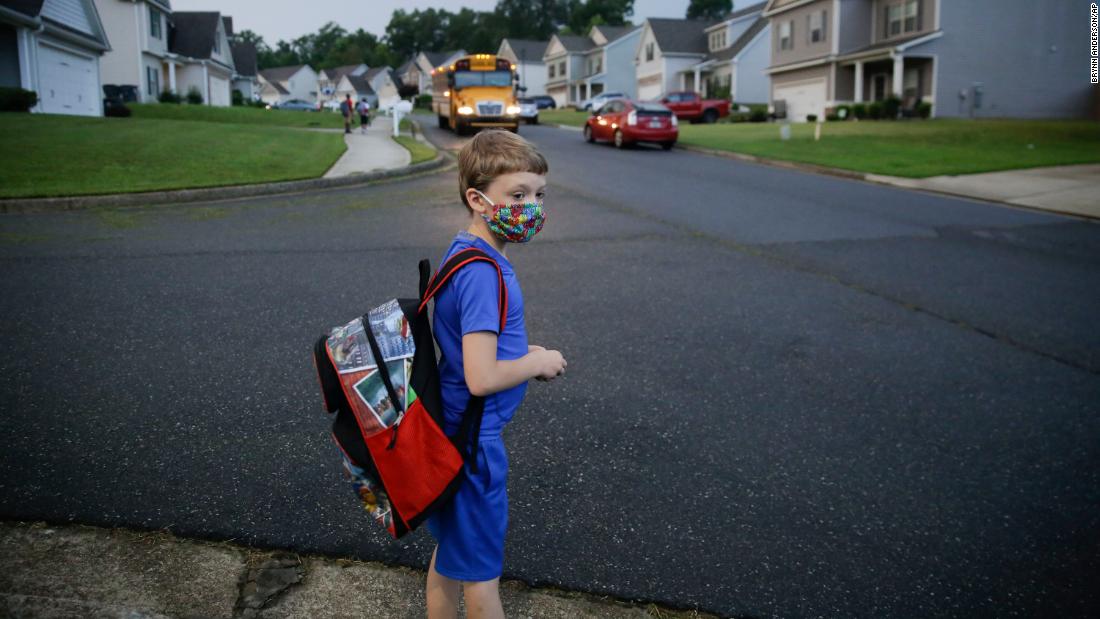 Researchers in Britain found that schools could reopen safely so long as enough contact tracing is in place. Contact tracing strategies involve enough testing to find cases, isolating those people, then tracking down and quarantining their contacts. And a team in Australia found that even though schools remained open in New South Wales between late January and early April, children and teachers did not contribute significantly to the spread of Covid-19 — because good contact tracing and control strategies were in place.

The British study uses a model to estimate how much testing and contact tracing would be needed to prevent a second wave of Covid-19 following the reopening of schools this September. The study suggests that, depending on the scenario, between 59% and 87% of symptomatic people in the community would need to get tested at some point during their infection, their contacts would need to be traced and those with illness would need to be isolated in order to prevent an epidemic rebound.
“Our study suggests that it would be possible to avoid a secondary epidemic wave in the UK if enough people with symptomatic infection can be diagnosed and their contacts traced and effectively isolated,” Jasmina Panovska-Griffiths, a senior research fellow and lecturer in mathematical modeling at University College London, who led the UK study, told CNN in an email.

“However, without sufficient coverage of a test-trace-isolate strategy, the UK risks a serious second epidemic peak either in December or February,” she added in a statement.

‘The paper highlights the importance of testing’

Overall, the model predicted that with reopening schools either full time or part time, alongside the relaxation of other social distancing measures, a second epidemic wave in the United Kingdom could be averted if enough people with Covid-19 symptoms could be diagnosed and their contacts traced and effectively isolated.

“In summary, our findings suggest that reopening of schools can form part of the next step of gradual relaxing of lockdown if combined with a high-coverage test–trace–isolate strategy,” the researchers wrote in the study.

They added that their findings were consistent under both assumptions that children transmit the coronavirus equally to adults or that the infectiousness among children is 50% relative to ages 20 and older.

“The paper highlights the importance of testing a high proportion of symptomatic COVID-19 cases and tracing a large proportion of their contacts, but as the authors note, the analysis looks at a very optimistic scenario about the speed and performance of testing — it assumes the test is 100% accurate, results are received within a day, and everyone isolates for two weeks,” Adam Kucharski, associate professor in infectious disease epidemiology at the London School of Hygiene & Tropical Medicine, who was not involved in the new study, said in a written statement.

“In reality, there will be a tradeoff with speed and effectiveness — even if a high proportion of people ill with COVID-19 are tested, it won’t stop transmission if test results end up taking too long or infected contacts aren’t traced before they become infectious,” Kucharski said. “To have maximum impact, test & trace will need to identify and isolate a large proportion of infected cases and their contacts, but also do so quickly enough to get ahead of the outbreak.”

The study had some other limitations, including that the findings in the model are only estimates that predict what could be possible under various scenarios — and therefore the predictions are not definitive of the future.

Also more research is needed to determine whether the model would make similar predictions for the United States and other nations around the world.

Globally, more than 1.5 billion students — or 90% of the world’s students — have been affected by temporary closures of schools and universities this year due to the pandemic, according to the United Nations Educational, Scientific and Cultural Organization.

‘Both studies give potential options for keeping schools open’

For the other study, also published in The Lancet Child & Adolescent Health, Australian researchers found that although 27 children or staff at 25 schools and daycares had attended while infectious with Covid-19, only 18 other people later became infected.

Through contact tracing, 1,448 close contacts were identified and called. They were told to get tested if they showed any symptoms. Overall, 633 did get tested. But just 18 of them tested positive — an attack rate of 1.2%.

Nine out of the 10 settings had no secondary spread.

It’s possible some cases were missed, the researchers said, but they said others can use their studies as they decide whether and how to reopen schools.

“Both studies give potential options for keeping schools open and show the clear importance of adequate contact tracing and testing,” British epidemiologist John Edmunds, of the London School of Hygiene and Tropical Medicine, wrote in an editorial accompanying the new studies in The Lancet Child & Adolescent Health on Monday.

“However, many questions remain, including whether there are age-related differences in susceptibility and the likelihood of transmission between children and adolescents. We urgently need large-scale research programs to carefully monitor the impact of schools reopening,” Edmunds wrote.

“There are no quick fixes to this terrible pandemic. However, it is becoming increasingly clear that governments around the world need to find solutions that allow children and young adults to return to full-time education as safely and as quickly as possible.”