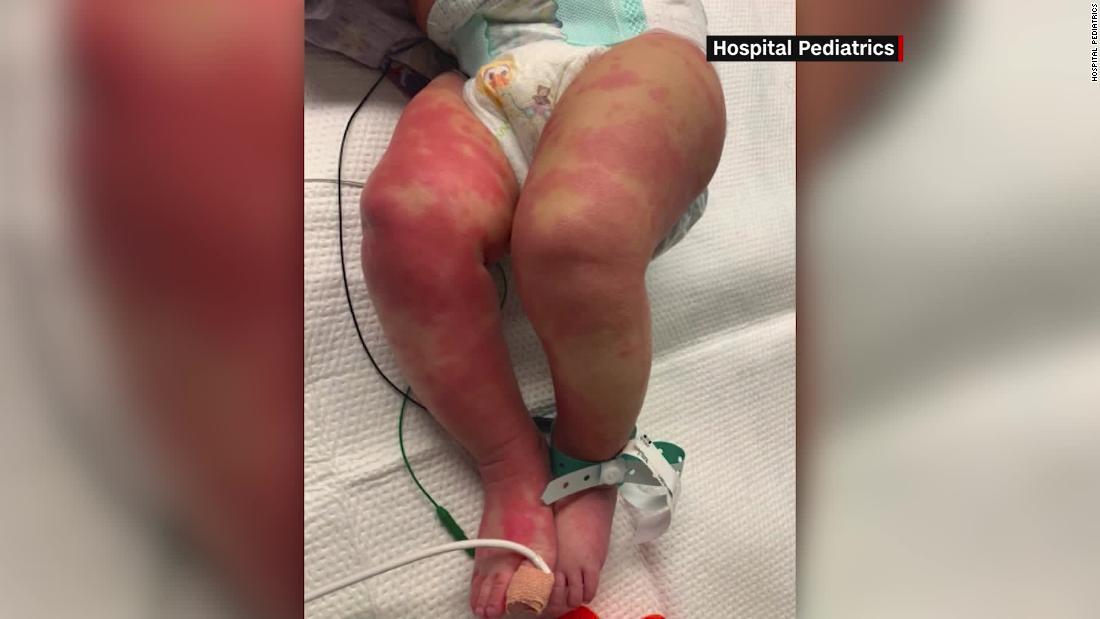 The condition, called multisystem inflammatory syndrome in children, appears to be a post-viral syndrome, said Dr. Jeffrey Burns, a critical care specialist at Boston Children’s Hospital who has been coordinating a global group of doctors who compare notes on the condition.

Doctors are investigating cases in at least 150 children, most of them in New York. But a CNN survey finds hospitals and clinics in at least 17 states and Washington, DC are checking into suspected cases.

“This multisystem inflammatory syndrome is not directly caused by the virus,” Burns told CNN. “The leading hypothesis is that it is due to the immune response of the patient.”

Symptoms include persistent fever, inflammation and poor function in organs such as the kidneys or heart. Children may also show evidence of blood vessel inflammation, such as red eyes, a bright red tongue and cracked lips, said Dr. Moshe Arditi, a pediatric infectious diseases expert at Cedars-Sinai Medical Center in Los Angeles.

“It’s a spectrum of disorders, and so in some cases you’ll have the individual have coronary artery involvement. Sometimes they don’t,” Ezike told a news conference.

A delayed response to infection

Not all of the affected children have tested positive for the coronavirus, but reports from Europe and from several cities in the United States show a link.

“There seems to be delayed responses to Covid infections in these kids,” Arditi said.

Burns believes more cases will turn up as Covid-19 affects more people. It’s a rare condition, but rare consequences of viral infections are seen more often when millions of people are infected.

“We can expect that each of the epicenters will see clusters of these emerging roughly four to six weeks later,” Burns told CNN.

“It makes sense that it emerged in New York first because New York had the largest and most severe outbreak (of Covid-19), followed by New Jersey and, unfortunately, Boston.”

Most children are not seriously affected by the syndrome, Burns said. Most don’t even need treatment in the intensive care unit, he said, although a very few have died. “We do have proven treatments that we can use and are using,” he said. They include blood thinners and immune modulators.

The Centers for Disease Control and Prevention is preparing a Health Alert Network notification to send to doctors across the country, a CDC spokesman said. Burns said the World Health Organization is also working to define the syndrome and alert doctors so they will know what to look for and how to treat it.

“This new entity has some similarities to Kawasaki disease,” Arditi told CNN. “But there are a lot more features that are consistent with toxic shock syndrome, such as multi-organ system involvement and severe abdominal involvement with diarrhea,” he added.

It will be important to study, because the response could help explain why children are so much less likely to be severely affected by Covid-19 than adults are, said Burns.

“Understanding the child’s immune response could be a key to vaccine development and could also be a key to therapy for adults to understand why children are able to fight (Covid-19) off so well,” Burns said.

CNN has contacted departments of health, hospitals and state officials around the country to get a sense of how many children are affected, and where.

Some state health departments told CNN that they are waiting for the CDC alert. “We are working with the CDC on a case definition and are looking into possible cases, but won’t have more until the CDC finalizes its definition,” a spokesman for the Minnesota Department of Health said.

“We don’t believe this syndrome is very common, but several cases have been reported elsewhere in association with Covid-19,” said Dr. Paul Cieslak, medical director for infectious diseases and immunizations at the Oregon Health Authority Public Health Division. “This syndrome appears to be an uncommon but serious complication of Covid-19 in children.”

Connecticut Governor Paul Mounds said the syndrome would be trackable illness in the state. The Department of Public Health “sent this out to all the Connecticut pediatric health systems to make sure that they are reporting if these cases are occurring in their facilities, so we can be able to track it and handle it accordingly,” Mounds said Wednesday.