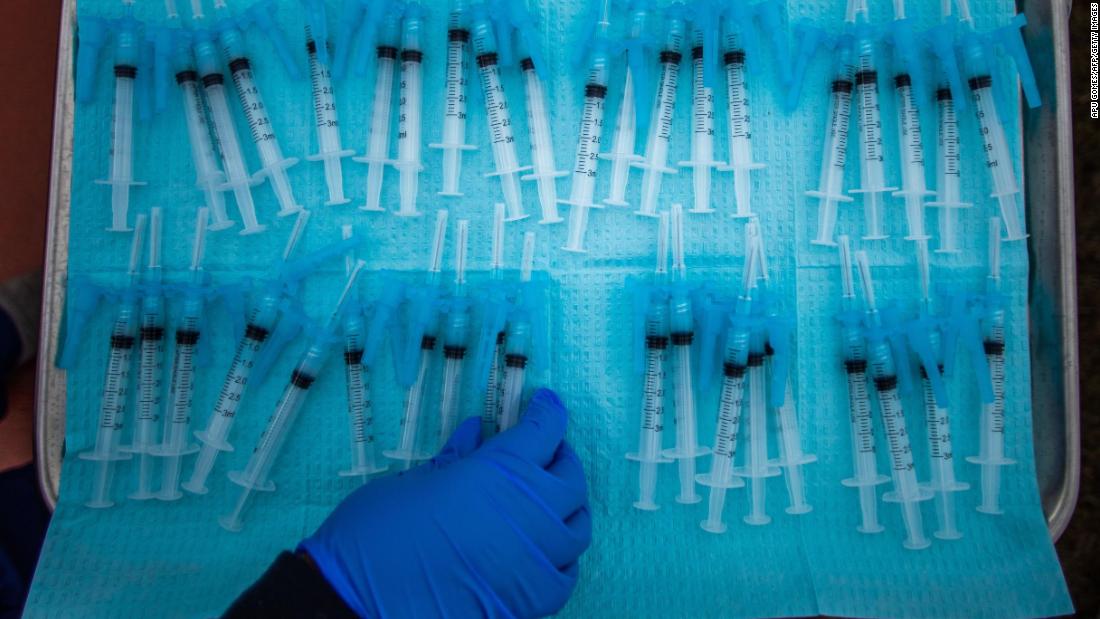 Researchers at Massachusetts General Hospital, Brigham and Women’s Hospital and the Ragon Institute of MGH, MIT and Harvard looked at 131 women who received either the Pfizer/BioNTech or Moderna Covid-19 vaccine. Among the participants, 84 were pregnant, 31 were lactating and 16 were not pregnant. Samples were collected between December 17, 2020 and March 2, 2021.

“These vaccines seem to work incredibly effectively in these women,” said one of the researchers, Galit Alter, a professor of medicine at the Ragon Institute.

In addition, the team found that women passed protective antibodies to their newborns, measured in breast milk and the placenta.

“Nearly all the moms were getting a pretty decent level of antibodies to their babies,” said Alter, who added that additional research is needed to understand how long those protective antibodies last in newborns.

Participants used the US Centers for Disease Control and Prevention’s V-safe tool, which allows people who have received a Covid-19 vaccine to track their reaction. Alter said they found no evidence of more side effects or more intense side effects in pregnant and lactating women than in the general population.

While the team found similar antibody levels in women vaccinated with both vaccines, Alter said they found higher levels of IgA antibodies in pregnant women who received the Moderna vaccine. She said this particular type of antibody may be transferred more efficiently to babies, for a longer period of time.

“There is some reason to think that having higher levels of IgA immunity might be more protective,” Alter noted. She said additional research into this finding could help inform policy decisions about which vaccines are used for pregnant populations.

Recent research similarly found that mRNA vaccines elicit antibodies in pregnant women that can be transferred to their babies, though this is the largest study on vaccines in pregnant women, to date. Pregnant and lactating women were not included in the initial clinical trials of the vaccines.

With no data to look to help inform pregnant women’s decisions about getting vaccinated against Covid-19, Alter said researchers and new and expectant mothers — particularly health care workers — stepped up to fill the void.

“MGH and Brigham started to talk to the health care workers that were eligible for vaccination, that were also pregnant, and they created a study to empower pregnant women with the ability to track their responses, but to also develop data that could essentially help the entire globe approach vaccination and pregnancy for the first time in this collective kind of way.

“It was really just a force to be reckoned with, both from the OB-GYN/provider perspective, but also from the community,” said Alter. “It was inspiring.”

According to the CDC, pregnant people with Covid-19 are at increased risk for severe illness and may be at increased risk for adverse outcomes, like preterm birth. The CDC says it hopes to study vaccine safety in around 13,000 pregnant people for each of the three authorized coronavirus vaccines. The agency will use a specific V-safe pregnancy registry, which had enrolled about 3,612 pregnant women, as of March 22.

“This is an urgent need, because we’re not only protecting one person in this vaccine effort, we’re protecting two people at the same time,” said Alter.