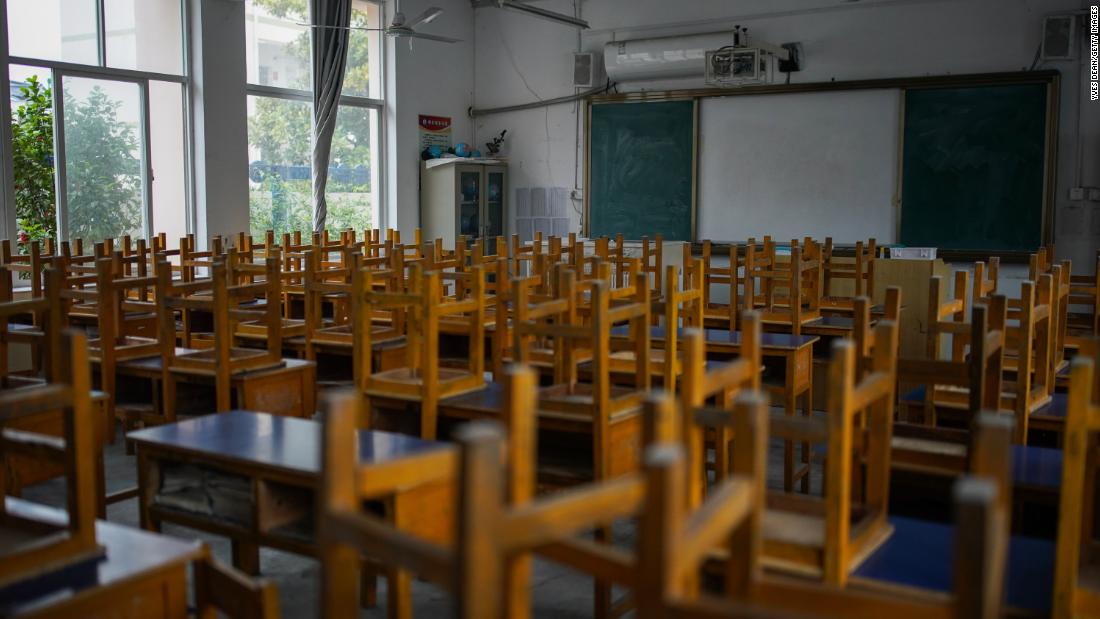 When Covid-19 hit China in January, the Ministry of Education postponed the start of spring semester to late April. That closure separated children from their friends and their broader community network, and seems to have had an impact on their mental well-being.

The study, published Friday in JAMA Network Open, compared reports of mental health problems in November — before the pandemic started — to mid-May, two weeks into the new spring semester when schools had re-opened.

Researchers from Anhui Medical University got results back from surveys for 1,241 students who were in grades 4 through 8, and in junior high. The kids lived in Chizhou, Anhui Province, an area that did not have a large number of Covid-19 cases.

Nearly 25% of the students reported depressive symptoms in May, when only about 19% did in November. Suicide attempts more than doubled — at 6.4% in May compared to the 3% who made suicide attempts in November. There were no similar increases seen in reports of children who reported feeling an increase anxiety.

Researchers hope school leaders will use this research to prepare the necessary mental health services to help children as they return to school following the lockdowns.

This study is consistent with others that have found that enforced social isolation can cause mental health challenges for children.

As states grappled with how to safely reopen schools earlier this year, the American Academy of Pediatrics led a push for students to be physically present in classrooms rather than continue in remote learning for the sake of their well-being.

The group, which represents and guides pediatricians across the country, updated its back-to-school recommendations in June to say evidence shows the academic, mental and physical benefits of in-person learning outweigh the risks from the coronavirus.
“The AAP strongly advocates that all policy considerations for the coming school year should start with a goal of having students physically present in school,” the group said on its website.

“”The importance of in-person learning is well-documented, and there is already evidence of the negative impacts on children because of school closures in the spring of 2020. Lengthy time away from school and associated interruption of supportive services often results in social isolation, making it difficult for schools to identify and address important learning deficits as well as child and adolescent physical or sexual abuse, substance use, depression, and suicidal ideation,” the group said.

This overhaul of the traditional school day become reality in August, as schools in Georgia, Mississippi, Tennessee and Indiana opened their doors for the first time since the coronavirus pandemic abruptly shuttered classrooms across the United States — all while the virus remained largely uncontrolled.

More students and teachers tested positive for Covid-19, some schools were forced to suddenly change plans, while others opted to delay the start of the school year giving educators more time to prepare for in-person classes.

“What we do know is children have a harder time social distancing. And we can’t put a whole bunch of them in a classroom with a teacher right now,” Kentucky Gov. Andy Beshear said in an August briefing announcing a delay.

“Other states that have tried to open this new school year are now having to close. We don’t want to start and stop. That may be more difficult on our children,” he said.

Now, many have embraced virtual learning, which has posed its own set of challenges.

Schools across the country have reported system outages, cyberattacks and other issues that prompted some districts to postpone the first day of class.

If you’re experiencing a suicidal crisis, you can call the National Suicide Prevention Lifeline at 800-273-8255 or text the Crisis Text line by texting HOME to 741741 to get help.