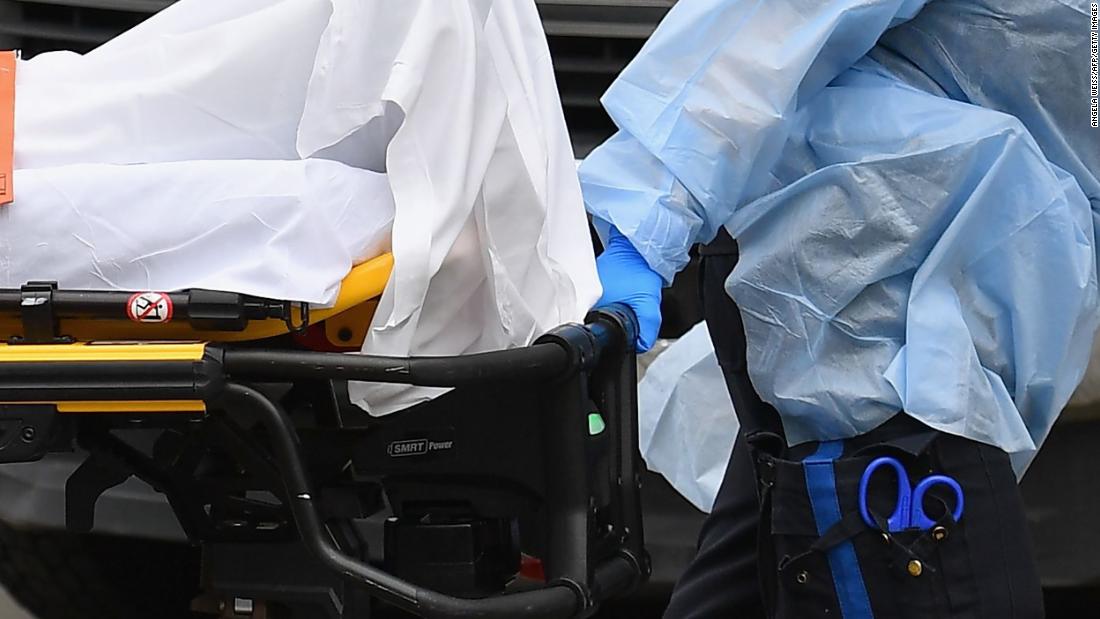 They said patients may be unwilling to call 911 because they have heard hospitals are overwhelmed by coronavirus cases.

There’s growing evidence that Covid-19 infection can cause the blood to clot in unusual ways, and stroke would be an expected consequence of that.

Dr. Thomas Oxley, a neurosurgeon at Mount Sinai Health System in New York, and colleagues gave details of five people they treated. All were under the age of 50, and all had either mild symptoms of Covid-19 infection or no symptoms at all.

“The virus seems to be causing increased clotting in the large arteries, leading to severe stroke,” Oxley told CNN.

“Our report shows a seven-fold increase in incidence of sudden stroke in young patients during the past two weeks. Most of these patients have no past medical history and were at home with either mild symptoms (or in two cases, no symptoms) of Covid,” he added.

“All tested positive. Two of them delayed calling an ambulance.”

Other doctors have also reported that people are reluctant to call 911 or go to emergency rooms because of the pandemic.

It is not common for people so young to have strokes, especially strokes in the large vessels in the brain.

“For comparison, our service, over the previous 12 months, has treated on average 0.73 patients every 2 weeks under the age of 50 years with large vessel stroke,” the team wrote in a letter to be published in the New England Journal of Medicine. That’s fewer than two people a month.

A stroke in a large blood vessel causes severe damage if it is not removed right away. At least one patient has died, and others are in rehabilitation facilities, intensive care or in the stroke unit. Only one went home but will require intense care, Oxley said.

“The average person who has a large vessel stroke is severely impaired,” Oxley said. “It means it a bigger clot. It includes one of the largest arteries in the brain.”

Brain cells die when blood flow is stopped, and the longer it’s blocked, the wider the damage in the brain. Quick treatment is vital. “The most effective treatment for large vessel stroke is clot retrieval, but this must be performed within 6 hours, and sometimes within 24 hours,” Oxley said.

Oxley said his team wanted to tell people to watch themselves for symptoms of coronavirus infection and to call 911 if they have any evidence of stroke.

“Up until now, people have been advised to only call for an ambulance with shortness of breath or high fever,” he wrote.

The easy memory device for stroke, he said, is “FAST“: F for face drooping, A for arm weakness, S for speech difficulty and T for time to call 911.