Covid-19 cases are falling, but are we past the peak? 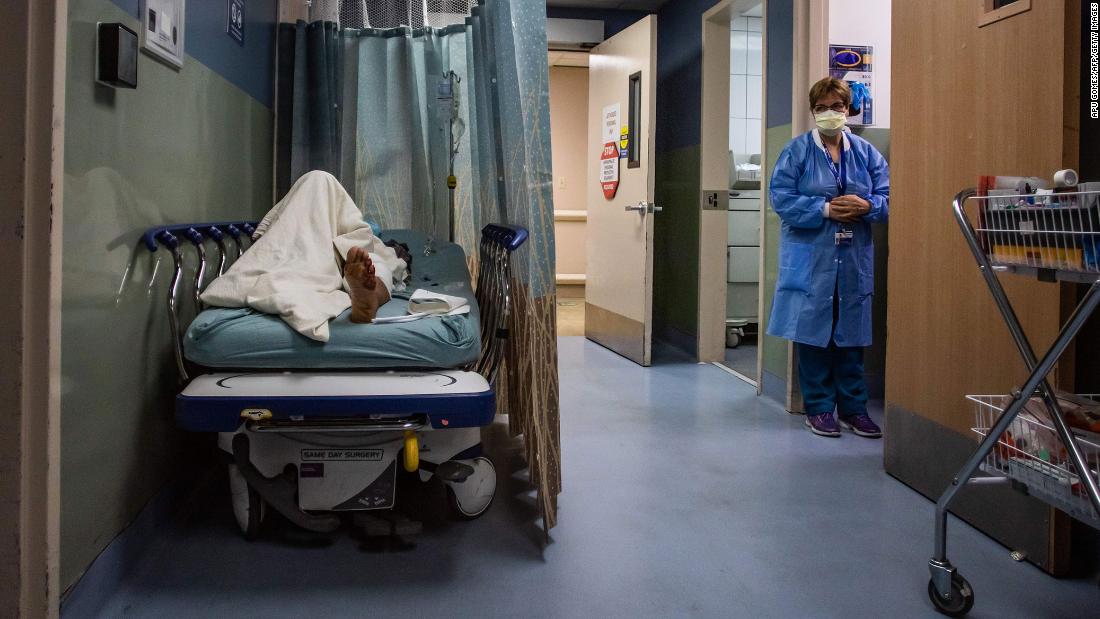 But understanding what the rest of the year will bring depends on who you ask. Some experts are embracing optimism, and others are bracing for a storm. Many say it’s too soon to know. All are concerned about the new variants. And they hope that you will do your part to keep the number of variants from growing.

“Despite the trends moving in the right direction, we remain in a very serious situation,” Walensky said at a White House briefing on the coronavirus Monday. “Covid-19 continues to infect too many people.”

Walensky warned that the spread of variants is “a threat that could reverse the recent positive trends we are seeing.”

Viruses change as they spread, and with so many cases worldwide, the coronavirus has had a lot of opportunities. Some changes are harmless. Others make it more contagious.

That’s what happened with the variant first detected in the UK. Its ability to transmit is such a concern that some experts like Dr. Peter Hotez, the dean of the National School of Tropical Medicine at Baylor College of Medicine, describe the coming surge as a “hurricane.”

This, he says, is the eye of the storm.

Hotez told CNN Tuesday that the new variants first found in the UK, South Africa and Brazil can upend what currently appears to be positive trends.

“Everything is going in the right direction. The numbers are going down. We’re starting to rev up in terms of vaccinations. Everything is looking really promising. Unfortunately, we have these spike variants that seem to be mounting and that really worries me,” Hotez said.

Epidemiologist Michael Osterholm called the variant threat a “category five hurricane,” and warns the country has not seen the end to new case records.

“The surge that is likely to occur with this new variant from England is going to happen in the next six to fourteen weeks,” Osterholm, director of the Center for Infectious Disease Research and Policy at the University of Minnesota, said on NBC’s Meet the Press at the end of January. “If we see that happen, which my 45 years in the trenches tells me we will, we are going to see something like we have not seen yet, in this country.”

Even with vaccinations underway, more cases could bring more hospitalizations and deaths.

And while it hasn’t happened yet, experts worry the virus could mutate in such a way that tests, vaccines, and antibody treatments sensitive to the original coronavirus will stop working. More research is needed, but so far, there are indications from vaccine and antibody treatment trials that they still work against the variants, although some may not work as well. Vaccine makers are already looking at ways to adapt them, if necessary.

Variants are one reason the Dr. Anthony Fauci, director of the National Institute of Allergy and Infectious Diseases, wants you to get vaccinated as soon as it is your turn.

“You need to get vaccinated when it becomes available as quickly and as expeditiously as possible,” Fauci said in a news briefing with the White House Covid-19 response team. “Viruses cannot mutate if they don’t replicate. And if you stop their replication by vaccinating widely and not giving the virus an open playing field to continue to respond to the pressures that you put on it, you will not get mutations.”

Still other experts are more optimistic that the country will get ahead of the variants. Former Food and Drug Administration Commissioner Dr. Scott Gottlieb said on CBS Sunday that cases should level off, even if the variants cause “localized hotspots.”

Dr. Ashish Jha, the dean of the School of Public Health at Brown University, said that the country is in a “much better spot” today than it was three weeks ago. “Cases are falling and the optimism and the kind of outlook for the future is very bright, once we get into May and June,” Jha said. “The next couple months may end up being pretty tough.”

Jha said the “issue” that could determine the future of how the country experiences the pandemic will be how it handles the variant. It has potential to cause the problems Osterholm warned about, Jha said; however, if people have a short-term strategy to manage it and stay vigilant, “things are going to get much, much better.”

Dr. Claudia Hoyen, an infectious disease specialist at University Hospitals Cleveland Medical Center thinks with the variants and the slow vaccine rollout, it’s too early to know what the future of the pandemic will look like.

In the immediate term, Hoyen said she’s pretty sure that things will look a lot like they have for awhile.

You will still be wearing masks for the foreseeable future and you shouldn’t be dining indoors on Valentine’s Day.

“We’re going to learn more every day,” Hoyen said. “I know that isn’t something that people want to hear, because it isn’t something I want to say. I’d love to be able to say by March it’s going to look like this, and then by June it’s going to look like that, but unfortunately, there are still so many moving pieces in this puzzle. Every time we think we get to a place where we know what to expect then something else happens.”

“But they also have to understand that this is truly like nothing we’ve ever seen before and it’s so rapidly changing that, you know, you just really need to try as best as you can to stay one step ahead of that,” Hoyen said.

To stay a step ahead, you know the drill. Maintain physical distance. Wear a good mask. Wash your hands. Avoid crowds.

“We have to be patient,” Hoyen said.”It’s hard, really hard. We’re humans, we like each other. But we still have to keep our guard up. You don’t want to be that person that created another variant and you want to stay safe.”

“Ultimately, what we want is for all of us to get through this together, so that, by maybe this coming Christmas, hopefully things will be looking better and we’re able to celebrate with everyone that is here today.”