Covid-19 antigen tests not counted among cases in some states, CNN analysis shows 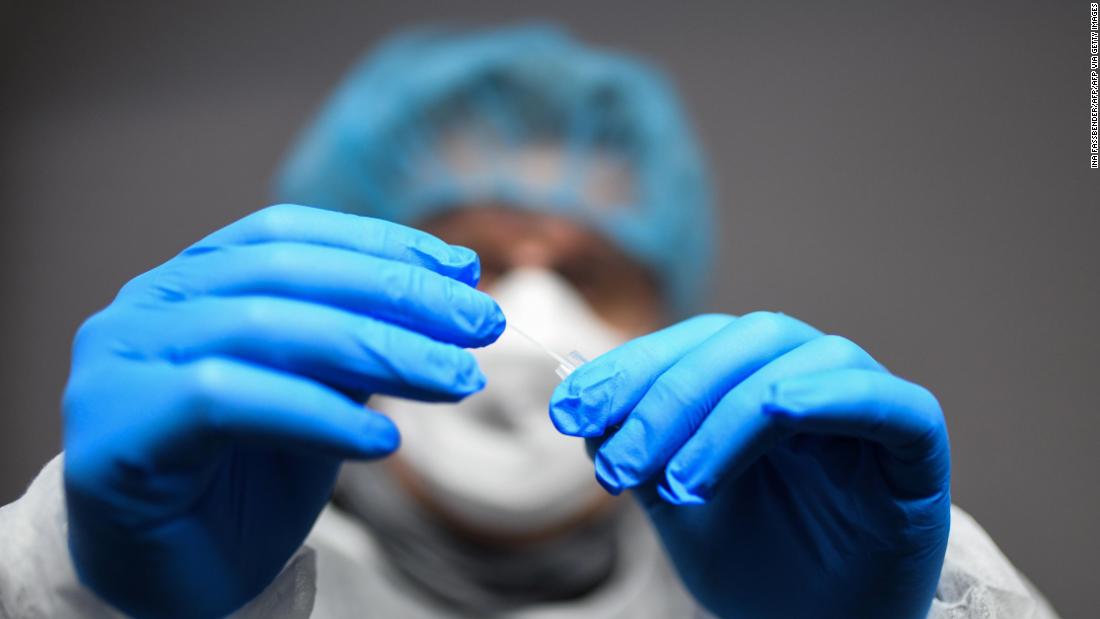 Five states — California, Colorado, Maryland, Missouri and Nevada — publicly report only cases confirmed with PCR tests in their online tallies, according to a CNN analysis of health department dashboards across all 50 states.

Some states only report polymerase chain reaction test results in their Covid-19 case numbers and exclude antigen test results since antigen tests are generally seen as less accurate. But as antigen testing ramps up in the United States, this exclusion could lead to potential miscounts.

In California, for instance, CNN was told that antigen Covid-19 test results are required to be reported to local health departments and to the California Department of Public Health. But publicly reported Covid-19 testing data only reflects results from diagnostic tests that detect the coronavirus’s genetic material, such as PCR — polymerase chain reaction — tests.

CNN requested antigen testing data from the state’s department of public health, but was told in an email that “antigen test results are not being publicly reported statewide at this time.”

Across the four remaining states, the data they each shared with CNN represent about 10,000 positive Covid-19 antigen test results reported over just a small sampling of days in January.

If included in reported case counts, those positive antigen test results would increase Covid-19 cases reported by those states between 5% and 50% in that time, according to CNN’s analysis.

In Maryland, 3,522 positive antigen tests were reported to the Maryland Department of Health between January 23 and January 29, the department told CNN in an email. That averages out to be about 503 positive antigen tests per day not included in the state’s daily dashboard of cases.
In Nevada, 7,764 antigen tests total were reported to the Nevada Department of Health and Human Services between January 21 and 27, according to a document from the department’s Office of Analytics. Among those tests, 623 were positive. In Nevada, state counts are based on “molecular tests only,” with the exception of the Nevada Department of Corrections, which uses the BinaxNOW antigen test among people who are currently incarcerated.

In Colorado, between January 25 and 31, there were 10,203 total antigen test encounters per day, 527 of those were positive, according to the Colorado State Emergency Operations Center. The department told CNN in an email that the seven-day average positivity for antigen tests in that past week was 5.17%.

In Missouri, during the week of January 10, a total of 50,113 antigen tests were reported to the Department of Health, according to data obtained by CNN. Among those tests, 5,285 were positive.

‘We’re going to see an underestimate’

Public health officials have noted that while antigen tests are usually faster and cheaper than typical PCR tests, antigen tests are “more likely to miss” an active Covid-19 infection compared to PCR testing. Due to this difference in accuracy, some states choose to only report Covid-19 cases confirmed with PCR testing.
In June, at least 28 states were not following CDC recommendations to report antigen test results as “probable” cases in Covid-19 case counts. While the number is now much smaller, some experts worry that in the future, not publicly reporting “probable” cases could paint a skewed portrait of the true spread of disease for residents in a state.
“Antigen-based tests are not necessarily the majority of all the tests that are being performed everywhere and so it’s unlikely that we’re getting a dramatically wrong estimate, as of right now — also because most states are reporting them. But there is the risk going forward,” Dr. David Dowdy, an infectious disease epidemiologist at Johns Hopkins Bloomberg School of Public Health, told CNN last week.

“I think that more and more of these antigen based tests are being used,” he said. “So there’s certainly a risk going forward that if these are not reported consistently, that we’re going to see an underestimate of the number of Covid cases in the country, and particularly in those states that are not reporting them.”

More rapid antigen tests are expected in the United States as last week, the Biden administration announced that the Department of Defense and Department of Health and Human Services are working with Australian company Ellume to provide more of its fully at-home Covid-19 tests to the United States. The test is an over-the-counter, rapid self-test which detects SARS-CoV-2 antigen. SARS-CoV-2 is the name of the virus that causes Covid-19.

For antigen tests, “proteins are shorter lived in the body and so there can be more false negatives from these tests,” Dr. Elizabeth McNally, director of the Center for Genetic Medicine at Northwestern University Feinberg School of Medicine, wrote in an email to CNN.

“Antigen tests are routinely used for detecting other viruses, and we know they also have false positives and false negatives,” she added.

Because PCR tests are typically highly accurate, they do not need repeat testing.

“So if what you’re primarily tracking is the percent of your tests that are positive, then including the antigen-based tests creates a risk of underestimating the percent positive,” Dowdy said. “But if you’re looking at the total number — which is, in general, what more people are looking at — then by excluding people who are testing positive, you basically have people who have confirmed Covid-19 who are not being counted.”

In some states, antigen test results may be included in total case counts as “probable cases,” but not included in the percent positivity of tests, which tracks the percentage of all coronavirus tests performed in a state that are actually positive.

For instance, in Hawaii, “Antigen tests are counted as probable cases, rather than as confirmed cases,” Brooks Baehr, a spokesperson for the Hawaii State Department of Health, told CNN in an email. But “for testing percent positivity, antigen tests are not included in our tallies because we are lacking accurate counts of total number of antigen tests performed in our state.”

‘The more testing we do the better’

“It seems strange” to not include antigen test results in statewide counts of Covid-19 cases, Northwestern University’s McNally said in her email.

In the tallies, “combining PCR and antigen might improve sensitivity and specificity of testing, but overall the testing we have works reasonably well, so I don’t think this is really necessary,” McNally said. “We know there are many more cases of Covid-19 than what is reported.”

The most important take-away, Dowdy said, is that Covid-19 testing needs to continue and remains an important tool in responding to the pandemic.

“The more testing we do the better,” said Dowdy, of Johns Hopkins University.

“It’s better for people to know if they have this disease or not,” he said. “It’s also important for the public health agencies to know how many people have Covid-19 in a given place — and so we should be trying to ramp up testing, both of PCR and of the antigen based tests, and making sure that we report those as completely as possible.”

CNN’s Virginia Langmaid and Deidre McPhillips contributed to this report.