Covid-19 antibody treatments are plentiful, but still sitting on the shelf 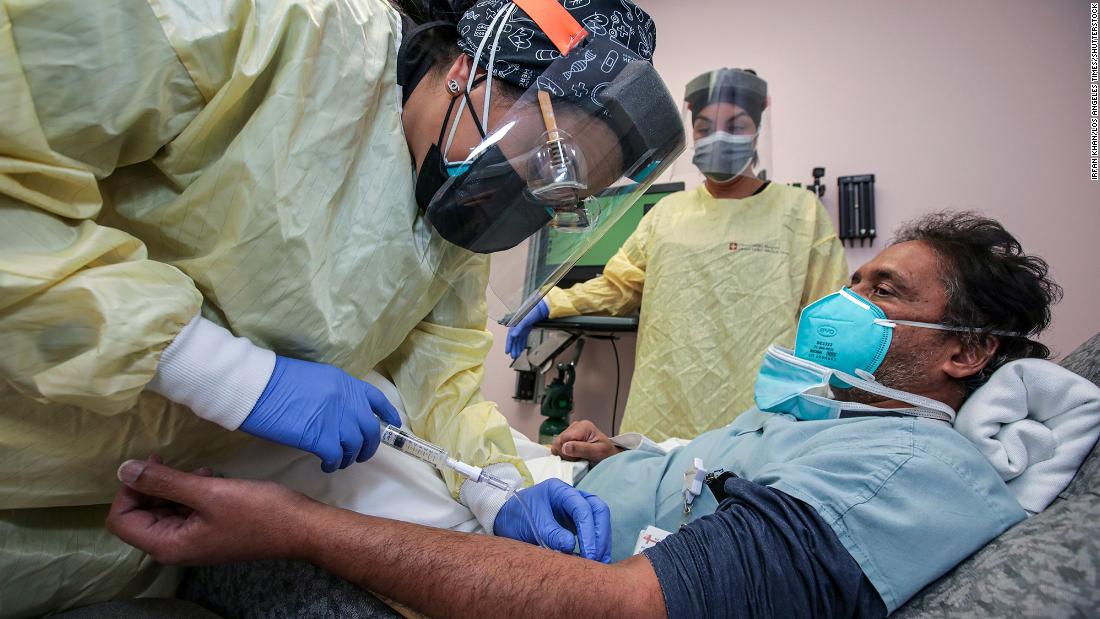 They had to do it all over the holidays. During a pandemic.

“It’s been a massive effort on a lot of people’s part,” said Scott McAuley, executive director of pharmacy for Piedmont, who had to figure out how to create the Covid-19 monoclonal antibody treatment program.

Studies show these treatments can prevent high-risk Covid-19 patients from developing severe symptoms, yet health officials say not enough of the available treatments have been used.

Giving someone these treatments is not as simple as swallowing a pill. Because they are infectious, patients undergoing this treatment need to be kept separate from others. A nurse in full protective gear needs to administer the treatment for about an hour and then monitor the patient for another.

“It does prevent hospitalizations, but the logistics of it have been daunting and of course staffing with nurses in our current national health crisis has its own struggle as well,” McAuley said.

Piedmont’s program now treats about 250 Covid-19 patients a week, but around the country, health officials have said the treatments haven’t been used nearly enough in the months they’ve been available.

In Michigan, for example, less than 10% of available Covid-19 monoclonal antibody treatments have been used, Dr. William Fales, the medical director at the Michigan Department of Health and Human Services, said during a news briefing last week.
California health officials told CNN that facilities in their state had administered 8% of monoclonal antibody stock on hand during the week of January 13.

Since the therapies received an emergency use authorization from the US Food and Drug Administration in November, US Department of Health and Human Services said it has allocated nearly 800,000 courses. As of Monday, it has delivered 454,087 courses of Eli Lilly’s bamlanivimab and 96,923 courses of Regeneron’s cocktail, casirivimab/imdevimab.

But as the Biden administration rolls out its own national strategy to control the pandemic, it’s not clear exactly how many of the distributed antibody treatments have actually treated patients, or where. That information is not posted on the HHS website or tracked on state dashboards.

“We need you to ask your provider about monoclonal antibodies as a way of keeping you out of the hospital,” Adams said.

“The medications, these therapeutics are not being used as much as I, or the doctors on the task force, or the experts, career experts here in the HHS feel that they should be. I want to remind everyone that we’re not helpless in our crusade against the virus.”

A spokesperson for Eli Lilly, Molly McCully, said in an email the company is seeing “steady improvement in utilization week to week.” She added the company is partnering with the government to raise awareness about the treatments.

Alexandra Bowie, a Regeneron spokesperson, said the company recognizes there “have been challenges with the last 10 yards in terms of easily administering the antibody to patients.”

“Our team has worked so hard to develop and test this medicine in record time, and obviously we want it to reach as many patients as possible, as quickly as possible,” Bowie said in an email.

“Given the antibody rollout coincided with a surge in the virus in most states, it’s been understandably difficult for healthcare providers/centers that are already maxed out,” Bowie said. “But we are on calls every day with government leaders who are responding to patient/physician feedback and working to make sure more Americans have access to these medicines.”

Regeneron said it has also been trying to educate providers and raise awareness through social media.

Education seems to be working. North Dakota, for example, said that it, too, has been trying to help get the word out to clinicians and the public. It’s also something contract tracers mention when they reach out to people to let them know they’ve been exposed to someone with Covid-19.

“Initially there was a lot of skepticism with these medicines,” said Dr. Joshua Ranum, the vice president of the North Dakota Medical Association. “Now there has been a very aggressive public outreach here. I’ve seen a lot more patient awareness and acceptance and we’ve seen some pretty dramatic results with efficacy.”

While use of monoclonal antibody treatments was “low” it has been steadily growing, according to North Dakota public information officer Heather Steffl. She said use of the treatments has grown from 450 infusions during the first six weeks to an average now of 650 a week.

And it has helped. Steffl said the state has seen “success” with the treatments and a decreasing number of hospitalizations.

‘There’s now something that they can actually do to help’

One health care system that has embraced the treatments is South Dakota-based Sanford Health, which manages 46 hospitals and 200 senior care locations in 26 states.

Sanford said it has treated more than 1,400 patients to date with both Lilly and Regeneron antibody therapies.

“Don’t get me wrong, there was a little bit of a build to do this,” said Dr. Jermey Cauwels, Sanford’s chief physician. “But quite honestly, when we saw that this is something that is going to help us through the worst of the crisis, we said ‘Let’s see how fast we can set this up.’ “

Sanford’s electronic record system was one key to the program’s success, Cauwels said. It’s now set it up to automatically flag when someone tests positive for Covid-19. The system notifies a group that quickly determines if the patient is eligible for the treatment and if they are, Sanford calls to get them into clinic as soon as possible.

Cauwels said the treatments have already prevented at least 40 hospitalizations, several deaths “and more than a year’s worth of hospital days.”

“That’s just for doing this for a couple of months,” Cauwels said.

Nurse Dena Ollis, the director of women’s services who helped set up the program at Piedmont Athens Regional in Georgia, said the monoclonal antibody treatments have brought something that staff and patients haven’t seen much during pandemic — hope.

“We had lots of anxiety about setting it all up, but once we got it up and running, it has just been very rewarding to see patients so appreciative,” Ollis said. “And the staff, they’re feeling very hopeful that there’s now something that they can actually do to help the patient and hopefully stop the disease process from getting so bad.”